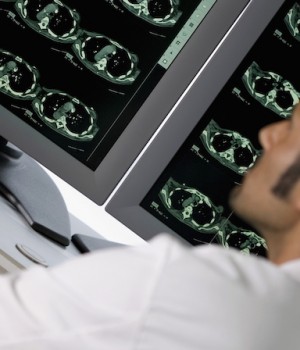 FIRST LAUNCHED IN 2009, the Choosing Wisely campaign is an effort to identify and curb low-value care. The campaign currently features more than 70 lists provided by national and state medical associations— including the Society of Hospital Medicine —that single out overused or unnecessary tests and procedures.

But has the initiative been successful? In a study published in December by JAMA Internal Medicine, researchers affiliated with the insurer Anthem Inc. retrospectively analyzed claims data over two or three years through 2013 for approximately 25 million members. The goal was to see if seven of the Choosing Wisely recommendations had actually made an impact on the use of those low-value services.

“Simply making recommendations and sending out educational materials through societies may not be enough to change practice patterns.”

The study findings, to say the least, were disconcerting. Two of the seven targeted recommendations—imaging for uncomplicated headache and cardiac imaging for low-risk patients—did show a significant downward trend. However, the authors wrote that the effect sizes were “marginal” and “may not represent clinically significant changes.”

Even more concerning, the study found increasing trends for two of the other recommendations (not to do HPV testing among women younger than 30 and to avoid using prescription NSAIDs for patients with hypertension, heart failure or chronic kidney disease). Utilization for the remaining three recommendations—low back pain imaging without red-flag conditions, preop chest X-rays in patients with unremarkable history and physical exam, and use of antibiotics for acute sinusitis—showed no significant change.

To shed further light on the take-home lessons of those findings, Today’s Hospitalist spoke to two researchers involved in the study: Joseph Singer, MD, chief medical officer, and Andrea DeVries, PhD, senior director of research, both of HealthCore Inc. The company is an Anthem subsidiary that participated in the study’s data analysis.

What was the impetus for your study?

Dr. Singer: The concepts behind the Choosing Wisely campaign were to look at low-value services utilizing significant resources and to reduce costs without compromising health care. The purpose of our study was to evaluate the impact of the proposed recommendations on real-life practice.

Dr. DeVries: Previous work investigating this question has been conducted on a more limited basis, focusing, for example, on a particular health system or on the Medicare population. We wanted to conduct a larger-scale study.

Why choose these particular recommendations?

Dr. DeVries: These seven measures were among the first to be promulgated in the campaign. So they have been in effect the longest and lent themselves best to longitudinal analysis using claims data.

Why do you think the recommendations are not being followed consistently?

Dr. Singer: We know that implementing change takes time. Some studies suggest that it takes an average of between 15 and 17 years before new information and research are incorporated into widespread clinical practice. So the absence of pronounced change during the first years after the recommendations were released is not surprising.

Why did some recommendations show better adherence than others?

Dr. DeVries: The two recommendations where we saw the most improvement were both imaging-related. Imaging overuse has received a great deal of media attention, and Anthem has educational programs in place on this topic as well.

And the trend toward increased use of NSAIDS, while disappointing, was not surprising, given the intensified focus on opioid misuse. Practitioners are seeking nonopioid alternatives for analgesia. This is only my speculation, but I think it is not a big leap.

Is Anthem considering no longer paying for these seven items (or other Choosing Wisely recommendations), or asking for additional documentation prior to reimbursement?

Dr. Singer: The Choosing Wisely campaign specifies that recommendations should not be used to establish coverage decisions or exclusions. Rather, they are meant to spark a dialogue about what is appropriate treatment. It is not Anthem’s role to formally endorse or take a stand on these recommendations. Instead, Anthem is focused on ways to quantify and analyze trends as a starting point.

Given the discouraging findings, do you believe a window of opportunity is closing on the Choosing Wisely recommendations?

Dr. DeVries: On the contrary, the campaign is actually expanding, even globally. More medical societies are joining, and existing societies are adding more recommendations.

Your research targeted primarily outpatient recommendations. Have you studied inpatient ones?

Dr. Singer: Our study looked at service level in claims data, and in outpatient encounters, every service is detailed within the claim. Inpatient claims are not as granular, so claims data do not lend themselves to that type of detailed analysis.

It seems likely that the patterns we saw in our study are similar in the hospital setting, but we cannot necessarily extrapolate from our findings to the inpatient environment, and we have not measured those.

What might help improve adherence to Choosing Wisely recommendations in the hospital?

Dr. DeVries: Some hospital systems have developed quality of care reporting measures to track compliance to Choosing Wisely, but many have not. Unless hospitals have made a decision to track this information, they cannot quantify the impact of recommendations.

Dr. Singer: The lesson learned is that simply making recommendations and sending out educational materials through societies may not be enough to change practice patterns. When hospitals receive quality-measure data from HEDIS scores, for example, they compare themselves to other entities and pick the factors on which they think they could have greatest impact. Hospitals might need to implement a similar process to see improvement on the Choosing Wisely recommendations.

Hospital systems would need to set up that data collection, but hospitalists would need to develop internal documentation and be the champions for this type of initiative.

The Choosing Wisely campaign is a physician-driven endeavor. Often, senior individuals within the hospital system are the ones who look at interim reporting. They then can educate providers who don’t seem to be compliant with the recommendations. Physicians who are in charge of the orders written at the point of care can have the greatest direct impact.