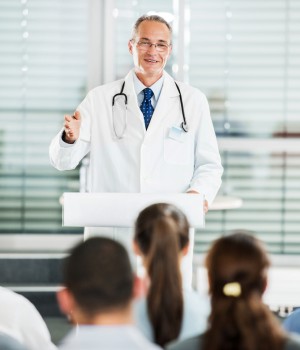 Recently, hospitalist leaders have publicly suggested that the current certification process for physicians is not stringent enough. Dr. Joseph Li wrote, tongue in cheek, “Are Truckers more competent than Physicians?” in an editorial for a hospitalist magazine.

Hopefully, truckers are more competent at driving trucks, although perhaps not so much when texting and trucking. (Apparently, they are 24 times more likely to be involved in a crash while typing “yrplcomn” on their Blackberry.) Dr. Li went on to suggest that board certification should be mandatory. He also worried that if we don’t police ourselves, the public will call for tighter requirements that might be less reasoned than what our own profession would propose.

Dr. Wachter recently wrote, “How often do we need to demonstrate our continued competency in our specialty? For most board certified physicians, about every 10 years (up from “never” 20 years ago).” He suggested that our profession should more closely mimic the airline industry, which has a more rigorous continued competency model.

Their points are well taken. But let’s step back a moment as I argue that physician testing every 10 years, in its current state, is probably more than enough, given the inherent limitations of the process.

Clearly, we must have some core competency, so I’d argue that defining “bad” is best done by using a set standard deviation from the mean. At least that is my interpretation of ABIM testing for internal medicine.

While the pass rates vary somewhat each year, they generally run in the 95th percentile for all takers by the third attempt. So a board certified physician is one who is at least 1% “better” than the bottom 5%. I doubt I would ever put that on a business card: “Board certified in internal medicine–guaranteed to be superior at taking a multiple choice test when compared to the lowest scoring 5% of doctors.”

What’s that? You aren’t going to put that on your card? I didn’t think so. But if we believe in board-certified doctors, don’t we have an obligation to explain to the public exactly what board certified really means?

And because we love airline industry comparisons, consider this: “This is your captain speaking. Welcome aboard. Before we taxi for take off, let me assure you that only one in 20 pilots scored worse than me on my recertification exams. Now sit back, relax and enjoy your flight.”

If we look to other industries, perhaps board certification is too lenient a standard. Jack Welch, the former CEO of GE, might weigh in with his famous 20-70-10 proposal.

He believed that the top 20% in any company should be rewarded, while the next 70% should be taught to strive to get into the top 20%. And the rest? “Managing out the bottom 10% of performers is necessary not only for the organization’s continued success but also for the sake of employees affected by the rigorous appraisal system.”

Simply put, every year we could cast off the bottom 10% of physicians under the guise of quality if we hope to set similar standards to those of a Fortune 500 company. (As an aside: Managed care and other insurance companies with their endless precertification requirements may have a head start on “managing out” physicians.)

Is this what we really hope to accomplish in the name of quality? Should we arbitrarily decide that only the top 95% of doctors (or 90%), based on a standardized test, should be allowed to practice? The short answer is, of course, a resounding “no,” especially when you consider the plight of the castoffs who have made it through our medical education system, only to suddenly find at least seven years later that they aren’t good enough. Oh, that $200K educational debt you owe? Good luck with that. Not to mention the little fact that they just might be outstanding physicians who happen to be particularly poor standardized test takers.

And while we are on the evidence-based kick, it probably is a good idea to prove that board certified physicians provide better care as measured by any metric. There are no studies, you say? Something tells me that this is one true-false question you won’t have to answer during your recertification exam.

Furthermore, let us assume that evidence supported the idea that “certified” doctors were better and, therefore, their performance on this written exam is a fair guide to medical quality. Then perhaps the test should be open to any one with some degree of medical training.

For example, I learned a lot about critical care on the job while working in an open ICU for the past nine years. Why can’t I sit for the intensivist boards? After all, if they are an adequate measure of competency, there’s no harm in letting me take a crack at them. And why stop there? We could let nurse practitioners take the internal medicine board exams, given that we just want the most competent people making the important decisions.

What is the answer? Peer review is notoriously imperfect, but it is not entirely ineffectual in removing truly dangerous doctors from medical staffs. And while our medico-legal system is seriously flawed, again, if doctors consistently practice deficiently, the system may catch up to them.

Even if we could come up with the perfect test, say a functional MRI scan that was able to instantly identify and reject deadwood doctors, would that solve the problem? No, and this bring me to my next point. Once we find the perfect way to measure a required core competency, what does this really have to do with the practice of medicine?

As we all know, knowledge and the application of it are distinctly separate. For example: A board question may ask whether guidelines support a heart catheterization in a given scenario. For the sake of argument, assume that the evidence in my hypothetical question clearly supports medical management. The possible answers include: A) Maximize medical management, there is no need for intervention. B) Fit the patient into the schedule, I’ll skip lunch. C) I almost forgot to order the third ECHO. D) B and C (but I know A is “correct”–wink, wink).

Some say not to worry because we will soon be able to measure the quality of physicians’ practice from their adherence to evidence-based guidelines. The health care IT revolution promises to be able to pull out all the minutiae of my practice and make it clear what good doctoring looks like.

Well, maybe. First, I am still waiting for the implementation of said guidelines. And while we may call them guidelines, patients call them “rationing,” and for physicians it may mean “revenue rationing,” given that most evidence-based guidelines would reduce “excessive” care.

Second, guidelines are only as good as the doctor who correctly guides the right patient into the correct order set. And finally, if guidelines are ready for prime time, we may not need nearly as many physicians. We just need people with enough training to follow the recommendations, once they are set into motion. That doesn’t sound good; maybe testing isn’t such a bad idea after all.

What am I suggesting? I am not in favor in throwing out board certification. (That’s especially the case, given the fact that millions of dollars spent on the test and perhaps multiples of millions more spent on preparing for it probably play no small part keeping our teetering economy afloat.)

And paradoxically, I remain steadfastly in favor of separate hospitalist boarding. Yet we must recognize the substantial limitations involved in trying to measure physician competency. Let’s be careful when we call for more physician testing unless we know that doing so actually improves health care delivery. To date, I am not so convinced that it does.