WHEN ADMINISTRATORS think about the benefits that hospitalists bring, comanagement tops the list. But what happens when you start a service and can’t recruit hospitalists to sign on?

That was the problem faced by two hospitals that share a management structure: Northwell Health’s Long Island Jewish Medical Center in New Hyde Park, N.Y., and North Shore University Hospital in Manhasset, N.Y. Convincing hospitalists to take on comanagement involved some creative staffing that not only attracted physicians, but ultimately reduced burnout and turnover.

When the two facilities created a hospitalist-run psychiatry comanagement service in 2014, staffing was not a problem. “I had a hospitalist who was getting burned out and she ran with it,” says Corey Karlin-Zysman, MD, chief of the division of hospital medicine at both hospitals. “She was very excited to come to work.”

“I was worried my doctors would get leaned on too heavily.” 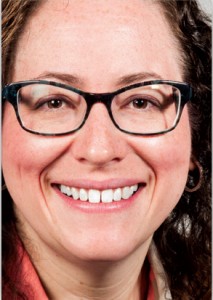 But when the 100-hospitalist group took on orthopedic management in 2015, those staffing stars didn’t align. “I went to the group and got no takers,” Dr. Karlin-Zysman recalls.

Time commitment
Digging deeper, she found that hospitalists might be interested in comanagment part time. They worried that by doing comanagement full time, their general medicine knowledge base would deteriorate.

That led Dr. Karlin-Zysman to identify the amount of comanagement time that was the sweet spot for hospitalists. “I asked, ‘Are you willing to do it 50% of the time?’ but that was still too much,” she says. Other factors that hospitalists identified when talking about comanagement: Many wanted time made available for teaching. They also wanted leadership opportunities and increased autonomy.

As a result, she created a specialized team of four hospitalists that includes one lead (who volunteers or she selects). Those four physicians work on the orthopedic comanagement service 25% of their time. A similar structure is in place for additional comanagement teams rolled out in urology and ENT at Long Island Jewish and in neurosurgery and trauma surgery at North Shore University.

The impact on patient satisfaction scores has been impressive. In orthopedics, for example, HCAHPS scores for physician communication rose from the 45th to the 84th percentile. Even length of stay, which can increase once hospitalists are involved, dropped from 4.97 days to 4.68.

“These are not subtle changes,” says Dr. Karlin-Zysman, who reported results during a podium presentation on comanagement at this year’s Society of Hospital Medicine annual meeting, along with William Atchley Jr., MD, and Mark Goldin, MD. “These were big jumps because patients used to see a doctor only at 5 in the morning. Now we sit down and talk to them.”

Staff structure
Dr. Karlin-Zysman knew staffing details would make or break any comanagement deal. She also knew specialists would balk at rotating physicians from a pool of all 100 hospitalists. “But I could sell the idea of four doctors, saying, ‘You will have one of these four at any given time and 24/7 in-house availability,’ ” Dr. Karlin-Zysman says.

Each comanaging hospitalist works eight hours a day Monday through Friday, usually for two or four weeks at a stretch. A nocturnist covers nights, while one of the four doctors is typically on during any given weekend.

Each service line has a dedicated phone number for specialists and nurses to use to immediately reach the hospitalist on duty. Each team also carries a pager.

The team leader can create what Dr. Karlin-Zysman calls a “dream team.” The key, she says, is finding physicians who understand that successful comanagement requires excellent communication. “Not everyone has that innate skill,” she says.

For the first time, there are now more hospitalist volunteers than slots on the new cardiology comanagement team, which is being launched this July. The lead hospitalist will create the team based on seniority, communication skills, experience and subspecialists’ input.

The team leader also helps decides which metrics—like length of stay—each group tracks. In addition, the team leader meets monthly with the specialists from that service line, as well as with the four-person hospitalist team. Twice a year, all the hospitalists across all service lines meet to share ideas.

For example, hospitalists should be called if the patient has pneumonia or rapid A fib. But if a patient has any problem related to surgery, such as a wound infection or a need for a transfusion, the orthopedic surgeon is called instead.

The agreement also states that the hospitalist will write a daily note, make order changes, communicate with the subspecialty team daily and reach out to patients’ primary care provider. But while hospitalists write orders and help with patient disposition, the agreement makes it clear that patients stay on the specialists’ service.

“I was worried my doctors would get leaned on too heavily,” Dr. Karlin-Zysman says. “We’re not here to do scut work. The agreement ensures that everything is fair and balanced.” While the agreement should be detailed, make it succinct, she advises—the front and back of one page at the most.

Specialists get a three-month trial to see if they like hospitalist comanagement. That’s been an easy sell as specialists find their number of calls going down, she notes.

Less burnout and other perks
As Dr. Karlin-Zysman points out, recruiting hospitalists for comanagement is only the first step. To keep the services up and running, programs need to keep their physicians happy.

The comanagement agreements help by protecting physicians. Seeing the positive impact that comanagement has on quality also helps physician retention.

Dr. Karlin-Zysman first noticed a positive effect when comanagement was in place only at Long Island Jewish Medical Center. The increased scheduling flexibility and leadership opportunities at the center reduced hospitalist burnout risk when compared to North Shore University Hospital: 11% vs. 23%. Group-wide, physicians at Long Island Jewish also reported having a greater sense of autonomy, 85% vs. 57%, than their North Shore colleagues.

While hospitalists are salaried and don’t earn more by comanaging, they reported in a survey that comanagement had improved their expertise and given them a heightened sense of autonomy and schedule flexibility. Hospitalists also said they didn’t feel they were shouldering a heavier workload, even though their RVUs increased. Dr. Karlin-Zysman attributes that to seeing more healthy patients and to shared responsibility as comanagers.

In addition, hospitalists doing comanagement can add a new skill to their CVs. Because urology hospitalists teach residents, they were granted associate professor of urology titles. She surmises that those perks have helped reduce hospitalist turnover.

Comanagement may also help snag new hires in the highly competitive New York market: New hires have said that flexible scheduling and leadership opportunities were a draw. “I interpret that as comanagement,” Dr. Karlin-Zysman says, “because that’s where those opportunities come from.”