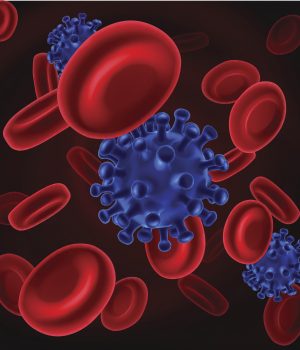 HOSPITALS CONTINUE to marshal resources to control patients with symptomatic C. difficile, using contact precautions with gowns and gloves along with scrupulous hand hygiene and disinfection. Of particular concern: hospital-onset C. diff, defined as symptom onset after the third day of hospitalization. It’s also one of the conditions the CMS penalizes hospitals for under its hospital-acquired condition reduction program.

New research, however, suggests that hospitals may want to take a more comprehensive view of how C. diff is being transmitted in the hospital. Published in the February issue of Infection Control & Hospital Epidemiology, the study set up a pilot C. diff screening program at Montefiore Medical Center in the Bronx to detect asymptomatic carriers among more than 200 admissions. The authors found that close to one in 10 of those patients—10.2% of those admitted from nursing homes, 7.7% of those residing in the community— were carriers who had no symptoms.

Other studies have found similar proportions of C. diff carriers among hospital populations, says lead author and hospitalist Sarah Baron, MD, MS, director of inpatient quality improvement in the hospital medicine division of Montefiore Health System. But here is what is novel about these results: Dr. Baron and her colleagues found that 38% of asymptomatic carriers progressed to symptomatic C. diff within six months vs. only 2% of those found on screening to not be carriers. Among the carriers who progressed, most did so within two weeks of being screened. 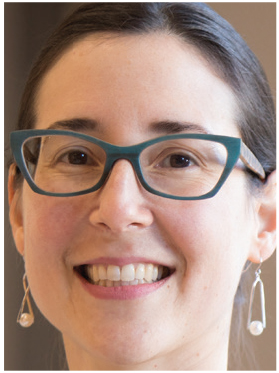 Given how surprised she was by that high percentage of progression, Dr. Baron hopes the results spur hospitals to pay more attention to the asymptomatic carriers they’re admitting.

What’s the reaction been to your research?
We’ve seen a lot of interest from the hospital community, which has focused so many efforts on trying to control C. diff among symptomatic patients.

Part of that interest, I believe, is a growing understanding that broader efforts—to include asymptomatic carriers, not just patients who are clearly already infected—are maybe what we need to move us forward, particularly if almost 40% are progressing to active disease. The work that we’re seeing on C. diff, as we attend meetings and speak to other researchers, is slowly changing.

Do your results justify C. diff screening programs in hospitals, like the one you put in place for your study?
It took considerable effort to screen more than 200 patients, given the intensive time needed with those patients, the financial cost of doing a full panel of tests on them and the microbiology time to perform all the tests. Unfortunately, those efforts may have moved our institution even further away from screening.

Facilities may want to target screening among patients at risk for severe outcomes with C. diff, like transplant and oncology patients. They could then put carriers in modified isolation with strategies, such as prophylactic treatment, to prevent progression.

Or hospitals can take the opposite approach and accept the fact that we likely have a lot of asymptomatic C. diff in our facilities. In our hospital, that realization has led us within the last year to do heightened and very aggressive cleaning with sporicidals in units with transplant and oncology patients.

We’re also very aggressive with antibiotic stewardship and antibiotic time-outs—and those are across the board in our hospital, not just in specific populations. We know that we have many asymptomatic carriers, so we’re very committed to antibiotic de-escalation to see what we can do to protect everyone.

Given that many patients considered to have hospital-onset C. diff may have been asymptomatic carriers, should the category of “hospital onset” be revisited?
Along with some other SHEA [Society for Healthcare Epidemiology in America] members, I think a definition of any sort of disease acquisition that’s based purely on timing is problematic. Many of us are concerned that the definition isn’t demonstrating what we hoped it would: the intention to encourage hospitals to be cleaner and to isolate and treat better.

Instead, hospitals are being penalized for having higher rates of asymptomatic carriers or perhaps for having sicker patients—or even for doing more testing than other facilities. I think there may be room for improvement in that definition, and I hope the health care community could agree as to what that should look like.

According to the CDC, C. diff infection rates have plateaued and even declined after increasing tremendously 10 years ago. Are you optimistic about those figures?
I think the downside of the current definition of hospital-onset C. diff is that we’re moving away from the epidemiology of the disease to a counting system.

That means we’ve moved away from trying to understand what’s really happening with the disease into a binary system where either you have it or you don’t. You lose that gray area, the cases that in the past we may have counted because we weren’t concerned that they would reflect poorly on our hospital. But now, it only matters if the test is positive. So yes, the numbers have been going down over time. But there’s a concern that that doesn’t actually reflect better numbers, but more targeted testing.