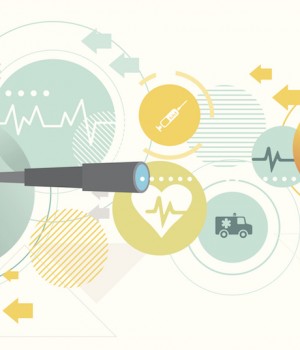 IN WHAT IS BEING BILLED as the longest running initiative to tackle the unnecessary use of Foley catheters, researchers at the VA Medical Center in Minneapolis used many classic quality-improvement strategies. Their goal over the project’s eight years was, in the words of an editorial that accompanied the researchers’ findings, to disrupt “the life cycle of the urinary catheter.”

But in the process, researchers learned a whole lot about the life cycle of quality improvement. While the initiative had great success “reducing the percentage of nonindicated Foley use in the hospital, for instance, from 15% to 1.2% “researchers realized that even big improvements sustained over time tend to deflate once a project has ended.

“Results are sustainable,” says James R. Johnson, MD, infectious disease staff physician at the Minneapolis VA and lead author of the study, which was published in the June 1, 2011, Clinical Infectious Diseases. “In ours, the longer we ran the project, the better our results were. But was it sustainable once we relaxed? Even with all the time spent, it still sagged back toward baseline.”

Still, Dr. Johnson is sanguine about the results he and his team achieved and the impact of even small changes on reducing Foley use and catheter-related UTIs. And in the process of running the project, he and his team members learned some valuable lessons.

Some were basic ones, such as the need to regularly reinforce behavioral changes. But others were more surprising, like the role that obesity may play in the unnecessary use of catheters and the prevalence of trauma that results from catheterization.

Successive interventions
Beginning in 2002, Dr. Johnson and a task force began collecting data on the center’s baseline Foley use, which they learned was 15.2%. Starting in 2005, the group started implementing successive bundles of interventions.

The first bundle relied on staff education, with in-service training for nurses, grand rounds for physicians, posters throughout the hospital and the introduction of a Foley order template in the center’s EMR. What Dr. Johnson refers to as phase I interventions reduced the center’s daily catheter-use percentage to 9.3%. But when the interventions were discontinued (except for the use of the electronic template), Foley use sprang back up to baseline.

Phase II interventions relied much more heavily on feedback. The task force began weekly, hospital-wide audits, with unit-specific feedback to nurse managers. Foley use dropped again to a mean of 13.6%.
But phase III results were even more dramatic. That phase introduced a dedicated Foley nurse who conducted daily “not weekly “Foley surveys and contacted providers about any nonindicated Foleys that she found.

That intervention, which lasted close to two years, brought daily Foley prevalence down to 12%, with much sharper drops in the percentage of nonordered or nonindicated Foleys. The last two phases of the project also helped the hospital avoid close to 6,700 days of Foley use. Now that Medicare and other insurers won’t pay the treatment costs for catheter-associated UTIs, Dr. Johnson and his team estimate that the hospital saved more than $4,000 a month in prevented infections.

Getting creative
Were all three bundles of interventions strategically planned out when the team set out in 2002? “We never knew what we were going to do the next day,” Dr. Johnson says. “This was the PDSA [plan, do, study, act] cycle turned about 10,000 times. We were tearing our hair out with, ‘We don’t seem to be getting where we want to go, what else could we do?’ So this was an iterative cycle that we went through multiple times.”

Dr. Johnson says he did come to appreciate how much time it takes to change behaviors. Because phases II and III of the project lasted much longer than phase I, the rebound toward baseline that occurred after those phases were complete was much slower.

“It takes a long time to change culture,” Dr. Johnson says, “and even after a long time, the change is not self-sustaining. It still requires input from a system.”

As proof, he notes that since the project ended in 2010, many of the gains achieved have slipped. In part, that’s because the VA wasn’t able to provide funding for the catheter nurse when support funds for that position lapsed at the end of the study period.

Team members are still giving sporadic feedback on Foley use to units, and a patient safety officer is making sure that electronic alerts to discontinue a Foley reach the right provider. But Dr. Johnson admits those efforts “are not having nearly the effect that having the Foley nurse had.”

“We certainly got the most bang from having the nurse,” he adds, “but the nurse was the biggest cost item. If we could figure out a way to decrease the cost component of the nurse and still get the bang, that would be great.”

The hospital is considering options that include a part-time advocate or someone with lesser credentials than an RN. And while Dr. Johnson says that his study adds to the literature that shows education alone “is notoriously ineffective,” he would still recommend that hospitals that want to reduce their Foley use should think of raising awareness with small, in-service discussions at shift changes.

He also points out that implementing an electronic order that includes discontinue alerts is “sustainable, cheap and ongoing.”

According to Dr. Johnson, not only is trauma common, but in some cases it can be dramatic and include false passage and bladder perforation. Even the act of removing Foley catheters can cause trauma to the urethra and bleeding.

Another surprise Dr. Johnson says he and his team had during the project: finding out how difficult it is for nurses to help toilet patients who are morbidly obese. That problem, he explains, leads to inappropriate Foley use.

“There is a strong temptation “and I sympathize with it “to say, ‘Well, let’s put a Foley in and save everybody all the misery of dealing with the incontinence,’ ” he says. To help nurses overcome that temptation, the administration at the medical center is moving to install hoists over each bed. But Dr. Johnson says that more needs to be done.

“We have to look into who manufactures so-called bariatric-size diapers and negotiate with nursing reluctance about using them,” he says. “We also may have to accept the reality that obesity is another indication for Foley use.”