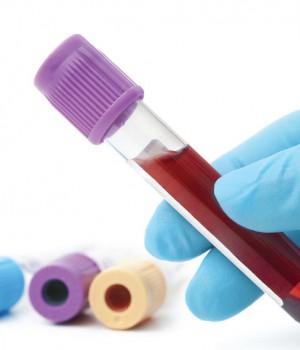 WHEN WAS THE LAST TIME you thought twice about ordering a blood culture for a patient with fever? A new study makes the case that pausing before you make that decision may lead to higher-value care.

The study, which was published in the May issue of the Journal of Hospital Medicine, reviewed 576 blood culture orders over seven months at a large VA teaching hospital. Researchers found a 3.6% true positive and a 2.3% false positive rate per order. The most common working diagnoses were pneumonia (17.5%), bacteremia/endocarditis (16.8%) and urinary tract infection (16.4%). The  most common indication was fever over 100.4 within 24 hours prior to a blood culture order (25.6%).

“Physicians are risk-averse by nature, and they want to avoid missing a bacteremia.”

Those results could help guide hospitalists, given that they work in an environment in which it’s become normal to have a triggered response to blood culture ordering, says Anthony C. Breu, MD, a study author.

“At 7 p.m., a doctor signs out by saying in shorthand, ‘CIS, culture if spikes.’ So if there’s a fever overnight, there’s often a reflexive action to check the blood culture to see if the patient is bacteremic,” says Dr. Breu, instructor of medicine at Harvard Medical School and director of medical resident education at the VA Boston Healthcare System in West Roxbury, Mass. That reflex, he adds, was “pervasive for me as a trainee, an intern, a resident, and now as an attending hospitalist and as a supervisor.”

Because every doctor has a different comfort level with risk, the study didn’t promote any definitive practices. But Dr. Breu nonetheless hopes the data will spur thought.

“The Infectious Diseases Society of America’s guidelines for when to do blood cultures are vague and understandably so,” says Dr. Breu, who took a similar look at high-value care last year in the November 2015 issue of the Journal of Hospital Medicine with an article on folate testing in hospitalized patients. “It’s hard to be proscriptive about this. This is one time you have to depend on being a doctor.”

Today’s Hospitalist spoke with Dr. Breu about how clinicians can incorporate his findings into practice:

Why is routine ordering  so ingrained?
Physicians are risk-averse by nature, and in this case, they want to avoid missing a bacteremia. Not every fever gets a blood culture, but a lot do. Part of it is perpetuating the idea that fever equals blood culture. I don’t recall many instances where a supervising doctor said, “This patient just had a fever, but the yield in this case is going to be low, let’s not bother ordering a culture.”

Aren’t there formulas doctors can use  to make a calculated decision?
A number of prior studies came up with multifactor scoring systems using patient characteristics that spit out the probability of having a positive blood culture. Those are useful, but a practicing physician at 2 a.m. may not know they exist, take the time to figure scores out, or decide if they’re comfortable with, for example, a 1% risk.

So why not just order the culture?
The reasonable response is, “What’s the harm?” There are at least two potential harms: First, cost and utilization of the phlebotomist and microbiologist.

Even if that costs just a few dollars, why do it if it’s unnecessary? And in aggregate, the costs can add up. Second, not everything that grows on a blood culture is a pathogen. There are false positives— “contaminants”—that we often are compelled to treat until cultures finalize. This leads to unnecessary antibiotics and the downstream effects of them. In our study, four cultures grew a coagulase negative staph that was likely from the skin. But because clinicians didn’t know that the bug was not staph aureus, the patients were exposed to vancomycin until the cultures were finalized.

However, if a patient is not on antibiotics but has leukocytosis, there’s a higher risk of a positive blood culture: between 3% and 4%. It’s quite muddy, so you could make the case for or against it. And for patients with a UTI, most cases of bacteremia are true positives.

How have these results affected your  personal ordering?
I suspect I order less than other hospitalists. I also avoid “culture if spikes” language. It’s better, for example, to say: “If a patient with pneumonia has a fever overnight but otherwise looks well, we can defer blood cultures.”

But what about hospitalists who don’t feel comfortable taking that risk?
I don’t begrudge that, but I want more thought. If there were no harms, maybe we would order a blood culture for each patient in the hospital. But we don’t, so we recognize there are extremes we’re not willing to go to.

We want you to use our data to guide yourself and determine what risk is comfortable for you. It may not be one in 100, but it’s surely higher than one in a million. The point is, hospitalists should think before they automatically order a blood culture.

Could an EHR algorithm help that decision-making?
Most doctors won’t take the time to do a rigorous calculation or have these data with them, so having it in an EHR could help. An algorithm could ask for clinical characteristics, and if you click blood culture order, the software would ask two questions: Is the patient on antibiotics, and what’s the working diagnosis?

It would be helpful if the EHR could say, “Based on patients at your hospital, the risk of a true positive blood culture is X%.” Then the clinician could continue with the order or cancel. If the rate is 3%, for example, some might say that’s lower than they had anticipated and cancel.

What impact do you hope your study will have  on the culture of routine testing?
It’s hard to counteract that culture, and one paper won’t push back against it. But I hope doctors will take the opportunity in individual cases to say, “No, this guy has had four cultures, all for fever. We have a good handle on the diagnosis, and the culture results haven’t changed our management. We’ve just subjected him to needles and false positives. Was that worth it?”

This is a nice concept but my recent ER doctor had this same line of thinking for my 102.5 fever with chills and 130 HR and it ended up with undiagnosed bacteremia, then sepsis which led to the loss of our pregnancy at just under 12 weeks gestation. The precaution doctors take by giving blood cultures saves lives and it likely would have saved my baby’s and spared me sepsis.