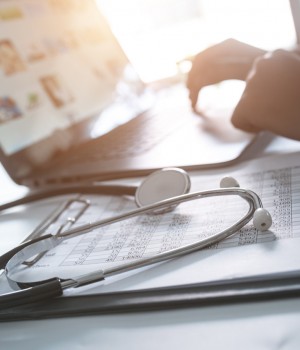 Published in the September 2013 issue of Today’s Hospitalist


Keep up with the latest coding changes: May 2014 – Coding News & Strategies

Splitting critical care time
Did Medicare this year state that it would begin paying 99292 (critical care, each additional 30 minutes) if the code is billed by itself? We understand that if provider A bills 99291 (critical care, first 30-74 minutes) while another provider with the same specialty in the same group bills 99292, the second code will now be paid. But I haven’t been able to find any guidance to that effect on Medicare’s Web site.

You’re right, and let me give you chapter and verse: The guidance is contained in transmittal 2636, change request 7501, from the Centers for Medicare and Medicaid Services (CMS), dated Jan. 6, 2013. The subject is the National Correct Coding Initiative (NCCI) add-on code edits, and the correction took effect in April.

The transmittal states that pursuant to the “Claims Processing Manual,” publication 100-04, chapter 12, section 30.6.12(I), “CPT code 99292 may be paid to a physician who does not report CPT code 99291 if another physician of the same specialty in his group practice is paid for CPT code 99291 on the same date of service.”

Here’s some background: 99291 is, of course, a prerequisite to reporting 99292. And 99292 is considered an “add-on” code, which typically means that it cannot be billed unless its primary code (99291) is also billed by the same physician on the same date of service.

Previously, when two members of the same specialty and group practice split critical care services on the same day, both codes “99291 and 99292 “had to be billed under only one physician. If each physician individually billed a different code, the 99292 claim would be denied due to the missing primary code.

So the January transmittal updates the NCCI edits to coincide with the manual’s guidance. It also helps resolve internal practice issues around compensation and productivity that arose when split critical care services could be billed by only one physician.

Are we not allowed to bill for both critical services and a discharge on the same day? (The patient was transferred to another hospital.) Or do we have to put a modifier on either the critical care or discharge code?

I have heard many people say that you cannot bill a discharge service on the same day as critical care, so there will be people out there who will disagree with my answer. I also have not found anything in CMS guidelines that specifically addresses billing for both services on the same day.

But I have found guidance on billing other same-day scenarios, including billing critical care and emergency department visits and critical care and initial hospital visits. I think those scenarios support billing for both services on the same day as being appropriate.

I will also refer to Medicare’s “Claims Processing Manual,” chapter 12, section 30.6.12(H), on critical care services and other evaluation and management services (E/M) provided on the same day. It states: “Physicians are advised to submit documentation to support a claim when critical care is additionally reported on the same calendar date as when other evaluation and management services are provided to a patient by the same physician or physicians of the same specialty in a group practice.”

In my opinion, if you have two distinct sets of services, you may be able to bill for both. Whether or not you get paid may be another story. Expect to defend billing for both, so make sure your documentation supports two distinct services.

I would also suggest applying modifier -25 (a significant, separately identifiable E/M service by the same physician on the same day of the procedure or other service) to the critical care code. Finally, check with your local carrier to make sure you are complying with its guidelines.

You may bill for vent management only if you are not also managing the patient. Otherwise, both CPT and Medicare guidelines state that vent management is bundled into an E/M service including critical care and is not separately payable on the same day.

What to bill?
One of our hospitalists is questioning whether we should bill a critical care code (99291-99292) in lieu of an initial hospital visit code (99221-99223). My thinking is that if the patient is critical, then yes, you can bill the critical care code in place of the admission code, but I can’t find anything to support this.

You should report the code that most accurately supports the service provided. The CMS’ “Evaluation and Services Guide” states: “The diagnosis and treatment codes reported on the health insurance claim form or billing statement should be supported by the documentation in the medical record.”