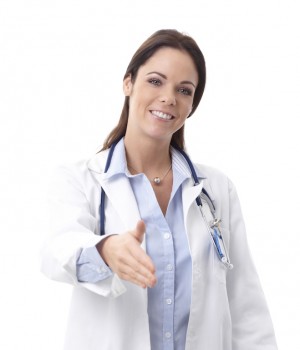 WITH MORE THAN 100 hospitalists working in three academic centers and eight community hospitals throughout southern California’s UCLA Health, “We do a lot of recruiting, and there is a lot of turnover,” says Michael Lazarus, MD, director of the UCLA hospitalist service.

Many of the physicians who come and go plan to stay with the group only a year or two before fellowship. But for each of the last several years, says Dr. Lazarus, a handful or more of full-time physicians have decided to leave.

Some were going for very valid reasons, like their spouses were taking a job across the country. But some, Dr. Lazarus admits, left for work-related reasons.

“We want to get feedback before people feel they need to leave.”

“The feeling was that we really needed to ask some fairly pointed questions and give people the opportunity to comment anonymously about why they chose to leave,” he explains. “We wanted to ask what we could have done differently, how the job had changed from the time they joined and what we should be working on.”

To gather that information, the group is now asking departing doctors to fill out exit surveys, which are anonymous. In addition to the survey, Dr. Lazarus says he also sits down for an exit interview “another innovation “with hospitalists who are on their way out.

The result? A lot of eye-opening information, not only about how the program can improve, but also about what competing programs are offering that makes the grass greener elsewhere. “We should have instituted surveys a lot sooner,” Dr. Lazarus says.

Anonymity works
The idea for an exit survey grew out of another recent innovation that the UCLA hospitalists put in place: a wellness survey for group members. That survey in turn grew out of the group’s decision in 2013 to establish a wellness committee.

All of those innovations “the committee, the surveys and the exit interviews “were championed by hospitalist Christie Masters, MD. “Dr. Masters brought the proposal for the wellness committee to me in late 2013 and has been instrumental in its success,” points out Dr. Laza- rus, who notes that Dr. Masters is the committee chair. The wellness survey was first offered to group members in mid-2014, while the survey for exiting doctors was first used early last year.

The wellness committee, which consists of six doctors, designed the survey itself. “The committee represents the spectrum of the different sites and jobs that we do, as well as varying stages of seniority and academic rank,” he notes. “We looked at some surveys that other groups were using, and some were useful and some weren’t. We put together questions that we thought were relevant.”

Previously, not even the UCLA human resources department had surveyed physicians on their way out. And as Dr. Lazarus points out, it’s not as if the UCLA hospitalists don’t have plenty of chances to air all their grievances

“We’re fairly open, and we allow time at our group meetings for comments,” he says. “Younger hospitalists particularly don’t have any problem giving open feedback.” But once the anonymous exit surveys were in place, Dr. Lazarus says he realized that some people had been reticent about commenting in public.
”
Some were surprising, people I thought may have been more content,” he notes.

Feedback on call, leadership
The online survey contains dozens of questions and asks physicians to grade items on a scale of answers, while giving them plenty of opportunities to leave free-form comments throughout.

The survey is divided into several sections that ask about how well the group is functioning; how much control physicians felt they had over practice issues; how much support they received from the group in terms of mentoring and shared workload; and what the work-related stressors were, divided into clinical, nonclinical and academic stressors.

The survey also includes an abbreviated version of the Maslach burnout inventory, and it asks participants to report on self-care items they engage in to help relieve stress and build a life outside practice.

As for the feedback that Dr. Lazarus and his colleagues have received, several doctors focused on what he calls the group’s recent “increased emphasis on productivity,” a factor that may set it apart from other academic hospitalist services.

“Individuals have been asked to work additional weeks,” he notes. “In surveys, that has been cited as something they weren’t happy with.” Scheduling is also mentioned often, as is dissatisfaction with overnight call, comments that have led, says Dr. Lazarus, to “adjustments.”

The anonymous surveys have also provided a good forum for feedback on group leadership. “I’ve been able to glean some insight into the style of some leaders in our community hospitals,” he points out. “That’s helped me pass along that feedback to those individuals.” Survey comments have also led the group to hire new associate directors.

Interviews yield other information
Survey feedback hasn’t been all negative. “We have a lot of support staff who help with scheduling patient appointments and work closely with hospitalists to get outside records and to help deal with families,” says Dr. Lazarus. “Those people have been praised in the surveys very loud and clear.”

He also notes that departing physicians share different types of feedback via the exit surveys vs. the exit interviews.

It’s during the one-on-one interviews, for instance, that doctors open up about what’s attracting them to a new position: what their new compensation will be, how many days they’ll have to work compared to how many they worked while at UCLA, and what other types of services besides direct hospital care they may be involved with in their new job, all factors in their being lured away. Dr. Lazarus has taken those details to the department chair.

“That’s helped inform discussions on budgeting and cost-of-living adjustments,” he says, “which we were able to successfully negotiate.”

While all departing hospitalists complete the exit survey and interview, the hospitalists across all UCLA sites continue to fill out a wellness survey.

“We want to gauge people’s opinions at least yearly on how work is going, what are some of the major stressors, what people are doing to mitigate those and what we could do differently,” says Dr. Lazarus. “We want to get that feedback before people feel they need to leave.”