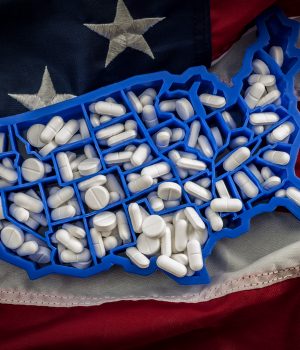 WITH CORONAVIRUS crowding the headlines, it’s easy to forget that the U.S. is still in the middle of a decades-long opioid epidemic. But “in the hospital, we know it’s still happening. We know it’s still here.”

That’s according to Cathy O’Neil, MD, a hospitalist with Centura-Longmont United Hospital in Longmont, Colo. Earlier this year, Dr. O’Neil served as physician champion for a 10-hospital pilot program in her state that tested the use of protocols and scripts designed to reduce inpatient opioid prescribing.

FOR MORE ON treating addiction use disorders in the hospital setting, click here.

<hr>That pilot built on the success of an ED project launched in 2018 by the state’s hospital association, which dramatically cut opioid use in EDs throughout the state. While data from the inpatient pilot, which ended in March, are still being tallied, “we do have some rough numbers from Longmont,” says Dr. O’Neil. “Those numbers show that, compared to the year before, our opioid prescribing decreased and our use of opioid alternatives increased significantly.”

Inpatient pain protocols
In 2017, the Colorado Hospital Association piloted its original Alternatives to Opioids (ALTO) Project in 10 EDs across the state. The goal was to see if the program—which promotes the use of other types of pain management modalities and medications— could treat pain effectively while reducing ED opioid administration by 15%.

“I’ve seen a lot of people come in asking for more narcotics—and we used to give them more.” 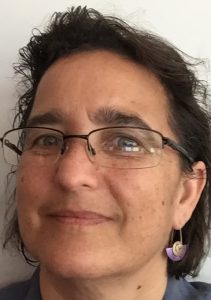 Instead, participating EDs cut opioid prescribing by 36% and increased their use of opioid alternatives by 31%, and the ED ALTO program was rolled out statewide. In early 2019, the hospital association partnered with SHM’s Rocky Mountain chapter to create specialty-specific clinical guidelines on inpatient opioid prescribing.

Those became the basis of the inpatient ALTO project. Ten hospitals volunteered to participate, including Centura’s Longmont United and St. Anthony North Health Campus, both part of Centura Health, a 17-hospital health system. The pilot began in October 2019 and ended in March 2020.

A key component was adopting those nonopioid treatment protocols for common types of pain.

“We created five protocols for renal pain, pleuritic, musculoskeletal, extremity and abdominal pain,” Dr. O’Neil explains. The protocols spell out both the schedule of and dosages for the nonopioid pain medications to be used, including acetaminophen, ibuprofen, neurontin, oral ketamine and IV lidocaine. Participating hospitals entered order sets for each protocol into their EHR.

While IV lidocaine and ketamine have been pain mainstays in EDs and ORs, Dr. O’Neil says that getting hospitalists to use them may have been, for those physicians, the toughest part of the pilot. That’s because hospitalists have little experience with those medications for pain control.

“We’re so used to prescribing opioids because that’s how we were trained,” she says. Dr. O’Neil also chalks up hospitalists’ over-reliance on opioids to the Joint Commission’s requirement that patients who report a 10-out-of-10 pain level need to be given opioids.

In the pilot project, participating hospitals used only oral ketamine. They also decided to use IV lidocaine only on the telemetry floors, which were stocked with lipid rescue kits in the event of lidocaine toxicity.

“We had to make sure,” says Dr. O’Neil, “that clinicians knew how and when to use the drug, so we enlisted our pharmacy colleagues to help.”

Changing the conversation
Other recommended modalities used much more often during the pilot were ice and heat, and early mobility.

And Longmont United, which has an integrated health department, also received a grant around the same time as the project pilot that allowed hospitalists to offer massage and acupuncture to patients reporting pain for whom it might help.

“We also made more use of our chaplains,” Dr. O’Neil points out. “They bring a sense of calm, and they are already trained in guided imagery and relaxation techniques.”

But “the real beauty of the project,” she says, “is how it changes the conversation around opioids on the floors.” Part of the training for both nurses and providers has been in using scripts with patients who ask for pain medications.

“We all learned to say, ‘Yes, we’re going to help your pain, but we’re going to use certain medicines before we go to opioids. We’re going to try these cocktails, which have worked well. And then if you need opioids, we’ll give you opioids.’ ”

That, Dr. O’Neil adds, “has been a huge satisfier for the nurses,” on whom patients put more pressure for pain meds than they do physicians.

“Saying ‘no’ is difficult,” she notes. “Now doctors and nurses can say, ‘You are getting better because you are eating/walking/sleeping better, so I shouldn’t increase your opioid dose. Because of the opioid epidemic, I am being watched and I don’t want to get in trouble. But I have lots of other good options.’ ” That conversation makes a lot of sense to opioid-naive patients, many of whom don’t want to be started on opioids if they can avoid it.

As for patients who come in with acute pain and are already on chronic opioids, Dr. O’Neil tells them: ” ‘We know you have a dependency on opioids, and I’m going to check the prescription drug database to find out how much you’re taking. I’ll continue you on that dose, but I’m not going to increase it. Instead, we’ll add on these other agents.’ ” Sometimes, she points out, “it works, and sometimes the patient is still unhappy.”

Changing course
With the pilot project ending just as coronavirus blew up, an analysis of the pilot data has been delayed. Dr. O’Neil reports that the hospital association is still putting those figures together based on hospital claims filed.

Still, the project was considered such a success that Centura Health plans to roll it out in 16 other Colorado and Kansas hospitals next year. Planning for that roll-out begins in November.

During her 13 years in hospital medicine, Dr. O’Neil says, “I’ve seen a lot of people come in asking for more narcotics—and we used to give them more. Patients would then be groggy or fall asleep and not participate in their care. We were doing them a disservice.”

And since the early 2000s when the Joint Commission began identifying pain as the fifth vital sign, “we’ve had more and more people becoming addicted, through no fault of their own. I’m onboard with whatever I can do to try to mitigate that.” While she may not be able to get someone totally clean, “my goal is to decrease the number of people who could become addicted because they came in with a skin infection and we gave them opioids.”

Dr. O’Neil adds one more goal: “We want to get to the point that we don’t walk into a room with a chronic pain patient and say, ‘Oh dear, not you again.’ ”