DOCTORS KNOW that patients are more than a collection of symptoms and clinical complaints, but that can be hard to remember in the course of a busy shift. Because asking patients about patients’ general anxieties and wellbeing may suck doctors into a black hole of extra time and work, hospitalists may steer clear of conversations beyond the clinical nitty-gritty.

But a study published in the October 2017 issue of Family Medicine found that inpatient physicians can improve their patient satisfaction scores if they devote just a minute or two a day to asking patients about what’s going on in their lives in general and how it makes them feel. Those results have led the family medicine inpatient service at University Hospital, which is part of the University of Virginia Health System in Charlottesville, where the study was performed, to adopt the brief psychosocial-intervention script tested in the study.

The study randomized patients to receive either a script known by the acronym “BATHE,” which takes doctors between one and five minutes to go through, or usual care without a BATHE-directed conversation. Study results indicated that “BATHEd” patients thought their doctors showed more of “a genuine interest in me as a person” than physicians who didn’t use the technique. BATHEd patients were also more likely to rate their medical care as “excellent,” and they reported “significantly higher” overall satisfaction with their hospitalization than patients receiving usual care.

“The doctor isn’t communicating that ‘I’m going to fix this for you.’ “ 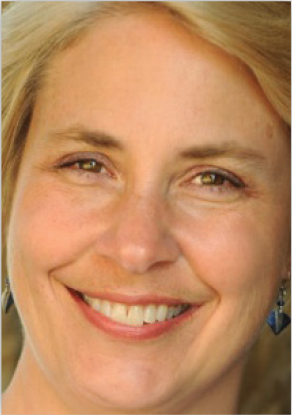 Based on cognitive-behavioral therapy principles, the BATHE technique has long been a staple in outpatient family medicine, says Claudia W. Allen, PhD, JD, a clinical psychologist and associate professor of family medicine at the University of Virginia and a study co-author. But this is the first time its effectiveness has been measured in the inpatient setting.

Dr. Allen has been training family medicine residents and third-year medical students in the “BATHE” intervention for years and is currently talking with her internal medicine colleagues to expand the training to them. She notes that the intervention is doable for busy hospitalists because it includes an “exit strategy.

“ Doctors don’t want to delve into patients’ psychosocial issues because “they don’t want to open Pandora’s box,” Dr. Allen says. “But once you teach physicians how to use BATHE, they know they can end the conversation in a timely way and move on.”

How it works
Teaching the BATHE technique to residents and students usually takes less than an hour, Dr. Allen says. She starts with a demonstration and then several rounds of role-playing and small-group practice. She introduces the technique to residents in a 45-minute session, then reinforces it a few months later when she’s supervising them in clinical rotations.

In the study, residents used the technique daily (up to five days) on every patient randomized to that arm. But on the wards, she explains, residents tend to reserve the script only for patients who come across as angry or stressed, or who seem to be experiencing some distress that doesn’t line up with their clinical complaints.

The BATHE script suggests variations of these questions asked in this order:

Before each question, it helps if doctors offer a reflective statement. Dr. Allen offers this example: “I hear you are really disappointed,” immediately followed by the “T” question—”What troubles you the most about it?”

And when asking the “H” question, physicians should emphasize, “How are YOU handling it?”

The “H” question is important, Dr. Allen points out, because “it shifts the burden of responsibility back onto the patient, so the doctor isn’t communicating that ‘I’m going to fix this for you.’ ” Instead, the doctor comes off as curious and caring. Physicians’ response also should reinforce anything positive the patient did and ignore the negative. The “H” question is the one step where doctors may have to ask patients a second question to elicit something positive.

“Often, the patient will start out saying something negative like, ‘I don’t know. Just worrying.’ The physician can then say something like, ‘Yeah, worrying, that’s understandable. What else have you been doing?’ And the patient can almost always come up with something.” Positive reinforcement, she says, can take the form of a simple statement like, “That makes sense.”

The final “E,” she explains, reminds physicians to express empathy and move on. Typical exit lines include, “Let me know how that goes when I come by tomorrow, OK?” or “I’ll be thinking of you, and I hope that works out. Now, let me check your incision.”

Acknowledging the whole person
As Dr. Allen and her co-authors pointed out in the study, “the added value of the intervention appears to have been to create a daily moment where the physician acknowledged the patient as a whole person rather than solely as a medical patient.”

She says that finding didn’t surprise her. That’s because BATHE’s structured dialogue can be a more clinically satisfying way of making small talk, which most physicians already do when they first enter a patient’s room. The problem with doctors’ more typical interactions, she says, is not that they are discourteous or incomplete. Instead, they fail to recognize “whatever emotions the patient brings to the situation.”

One common fear: Physicians think that when they come to the end of the script—the “E” for “empathy” and “exit”—patients will be upset that they’re cutting the conversation short. Instead, Dr. Allen says, the opposite tends to be true. “Patients seem satisfied with that encounter and then are very willing to let the doctor do whatever he or she needs to do and exit the room.”

Typical problems uncovered through the script are issues like the food is bad or a patient is disappointed that a particular family member hasn’t been in to visit. But occasionally, patients communicate something during BATHE that solves a little “clinical mystery.”

She recalls one patient who kept throwing up roadblocks to discharge. Through BATHE, she finally revealed that she was worried about managing at home but had thought her concerns too trivial to mention to physicians. As Dr. Allen points out, physicians’ usual interactions don’t typically create an opening for patients to mention those fears.

And while doctors feel their BATHE interactions are more helpful for patients than the typical chitchat, “Based on comments from providers,” she notes, “this is more satisfying for them as well.”