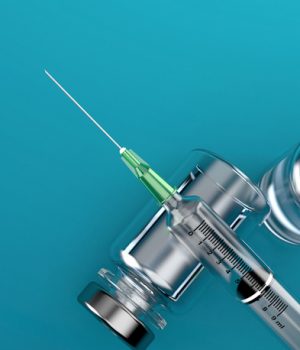 FOR YEARS, the process in place at Phoenix’s Maricopa Integrated Health System to reduce basal insulin doses for diabetic patients going NPO in the hospital was clunky and inefficient.

As clinical pharmacist Nicole McDonald, PharmD, describes, the onus used to be on doctors to remember to write a series of new orders around that NPO status. First, physicians would have to discontinue a patient’s current insulin order and write a new one for the reduced basal dosage. Then when the patient resumed normal nutrition, doctors needed to write yet another order, reverting back to the original regimen.

“Several steps were required,” Dr. McDonald recalls, and not surprisingly, doctors often forgot to file those orders. Scrambling to figure out what the reduced basal dose should be, nurses often called the night-float residents.

“Nursing could calculate the reduced dose themselves and not have to chase down doctors in the middle of the night.” 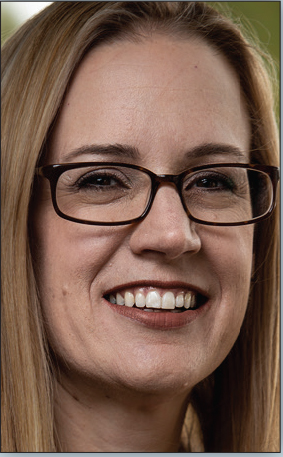 “The residents wouldn’t be familiar with the patient,” she points out. “They’d know what our standard insulin reduction was, but they’d still be guessing.” Inevitably, a nurse would forget to call the night float and give the full basal dose the next morning or decrease an already reduced dose.

That hit-or-miss process was made worse by the lack of any standard policy across service lines.

As part of the fix, she worked with the hospital’s IT department and its Epic build team to craft a modification in the Epic ordering process for insulin. Now, doctors filling out their original insulin order must choose a reduced basal dosage if patients go NPO. That small change has streamlined the entire process and put an end to on-the-fly basal dosing for NPO patients.

Needing more than a pop-up
About two years ago, the hospital tried bringing some standardization to the dosage-reducing process, installing a pop-up alert that doctors would receive if they’d ordered basal insulin for a patient who was now on NPO status. That pop-up, Dr. McDonald says, was basically a reminder that, “You need to adjust the patient’s insulin.”

But the pop-up wasn’t really effective, she notes. “While that at least gave doctors the opportunity to reduce the dose, there was nothing the following day to remind them to boost the basal insulin back to the original regimen,” she says. “They were missing that conversion back to the original order.”

The situation came to a head when the hospital experienced some hypoglycemic events. That’s when the hospital formed a glycemic steering committee in November 2017, Dr. McDonald says. The committee had broad participation not only from clinicians and pharmacy, but the IT, quality and nutrition departments. “One of the key issues we pegged from the beginning was how to handle NPO status because we didn’t have a standard policy.”

Dr. McDonald and the IT department “sat down and played with a couple of different ideas.” One option they considered but rejected was using what’s known in the Epic system as a linked order.

“That would entail two separate orders: A physician would execute his or her normal order, then link that to another order to be used if the patient became NPO,” she explains. “But every time they’d have to modify an order, they’d have to modify both.” While that would have produced a more streamlined process for the nurses, “it would have been a bit more painful for the physicians to enter.”

A more straightforward process
Dr. McDonald and her IT colleagues instead decided to modify the original insulin order that physicians file. Now, those orders won’t be processed unless physicians also fill in a new screen built into the order set that reads, “If patient is NPO, the order dose should be reduced by … ”

A drop-down menu lists the available options: 50%; 20%; none: dose already adjusted; hold the whole dose; call provider; and other, with a comment box. On the nursing side, the Epic build team and the IT department added the order question and its answer to the nurses’ electronic medication administration record, as well as a statement that populates when a patient is NPO. They also built and added a calculator that allows the nurses to quickly figure out what the reduced NPO basal insulin dose should be, based on the reduction option chosen.

Once patients are no longer NPO, Dr. McDonald says, nurses simply revert to the dosage in the original insulin order. That avoids the need for doctors to file any additional orders either before or after patients’ NPO status.

But “because the ordering process used to be physician-driven, we needed the nurses to be OK with changing that whole process around,” Dr. McDonald says. That OK was readily given. “Nursing felt this was a much more straightforward process where they could calculate the reduced dose themselves and not have to chase down doctors in the middle of the night.”

Fewer pages
The IT and Epic teams were able to build the order modifications within a month. They went live last July. Since then, Dr. McDonald says, the hospital hasn’t tracked its number of hyperglycemic events. But the number of hypoglycemia problems has gone down.

She notes that she can’t credit all that difference to the changes in the basal-NPO ordering process. That’s because the glycemic steering committee has also adopted other interventions, including better coordination between nursing and nutrition to ensure tighter bolus dosing when meal trays are delivered.

But the NPO order modifications have been a big satisfier for the nurses, she says. And Dr. McDonald has heard from the residents and interns that they’re fielding far fewer pages at night related to basal reductions for NPO patients.

While NPO dosing still hits an occasional glitch— physicians who don’t pay attention to the NPO reduction screen, or nurses who don’t realize a reduction is called for and end up giving a full basal dose—the modifications “have been a good solution to the bigger problem we were having,” Dr. McDonald says. “There have been some minor incidents since it went live, but it was a really big problem before.”