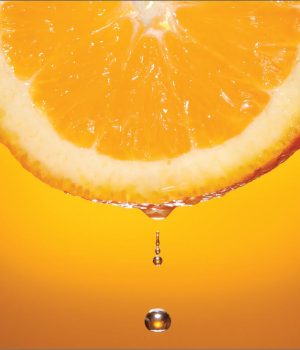 A RANDOMIZED international trial of about 200 patients with septic shock tested the effectiveness of combination therapy with IV vitamin C, hydrocortisone and thiamine vs. IV hydrocortisone alone.

The results: Patients receiving the combination therapy had no significant improvement in terms of their mortality or of needing fewer vasopressors over the next seven days. Out of 10 secondary endpoints, the authors found a statistically significant difference in only one: The change in SOFA score at day 3 was significantly greater in the intervention group than in controls. The study was conducted in 10 ICUs in Australia, New Zealand and Brazil, and results were posted online last month by JAMA.

The vitamin C combination therapy has generated a great deal of interest since a smaller, single-site study with results published in 2017 found that it dramatically reduced mortality in sepsis patients. The authors of the current study point out that they didn’t separately assess the individual effects of vitamin C or thiamine. 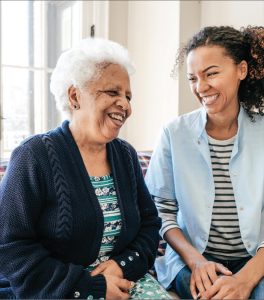 NEW RESEARCH adds to the (substantial) body of evidence that caring for hospital patients at home can reduce costs (by 38% in this current study) and lower readmission rates with no reduction in safety or quality.

The study followed more than 90 patients; half were randomized to be treated at home and half were admitted. Patients at home were visited at least once a day by a general internist and at least twice daily by nurses, with telemedicine specialist visits.

Patients treated at home had many fewer lab tests (a median of 3 per admission vs. 15), imaging studies (14% of patients at home vs. 44% in the hospital), and consults (2% vs. 31%). Thirty-day readmission rates were 7% for patients treated at home vs. 23% for those treated in the hospital. Annals of Internal Medicine published the results online in December.

The authors pointed to several study limitations, including a small number of home physicians and a 63% refusal rate among patients potentially eligible for hospital at home. 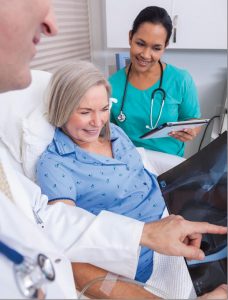 A NEW STUDY looking at the preop specialty consults physicians request for hip fracture patients finds that the majority may be delaying patient care without adding anything meaningful to patient management.

In the January issue of the Journal of Hospital Medicine, researchers analyzed data on nearly 500 hip fracture patients at a tertiary center. They found that 36% of those patients had at least one preop consult called, most of them for cardiology.

However, the recommendations coming back from 73% of those consults were minor. Importantly, consults were associated with a longer time to surgery for patients as well as an extended length of stay and higher 30-day readmission rates. The authors, who found no difference in 30-day mortality rates between patients who received preop consults and those without, recommended narrowing indications for preop specialty consults.

An accompanying editorial also weighed in: “Avoiding consultation for patients with only elevated chronic risk factors is an important first step in avoiding unnecessary delays to surgery.” 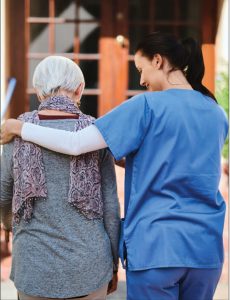 THE FAMOUS “hotspotting” pilot program in Camden, N.J., has come up short in terms of reducing readmissions among superutilizing patients.

Both groups had similar readmission rates within 180 days of discharge (61.7% of controls vs. 62.3% in the experimental program). As to why the program didn’t have more of an impact, researchers pointed to the profound socioeconomic challenges of the enrolled patients, some of whom lacked housing or a phone.

They also noted regression to the mean as people who utilize a lot of care in one year may not in ensuing ones. Results were published in the Jan. 9 issue of the New England Journal of Medicine.

Only 10% of PCPs can prescribe buprenorphine 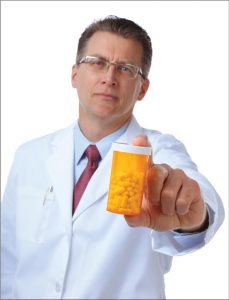 TREATMENT FOR patients addicted to opioids is running into this roadblock: Only 10% of eligible primary care physicians are certified to prescribe buprenorphine, according to new research.

The study, which was published in the Jan. 7 Annals of Internal Medicine, did provide some good news: The number of clinicians waivered to prescribe buprenorphine has increased from around 17,000 in 2009 to 68,000 in 2019. Some communities hardest hit by the opioid epidemic have seen the greatest increase in prescribers.

Unfortunately, the analysis found that trend didn’t necessarily hold in rural areas, which face major problems with both opioid addiction and physician shortages. While NPs and PAs now can receive prescribing waivers, the study found that 95% of waivered clinicians prescribing buprenorphine in 2017 were doctors, with NPs/PAs making up only 5%.

In related news, an article in the January issue of Health Affairs reports that the percentage of adults in the U.S. being prescribed opioids fell from 12.9% in 2014 to 10.3% in 2016.

The cost of balance billing? $40 billion-plus a year 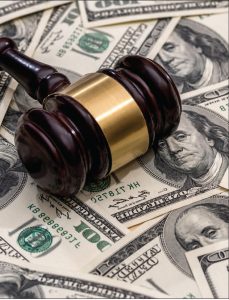 CONGRESS CONTINUES to debate whether it should regulate so-called “surprise billing,” bills sent to patients from out-of-network providers working at in-network hospitals.

Meanwhile, a study published in December put a price tag on what those bills add up to annually: more than $40 billion. Writing in Health Affairs, the authors found that nearly 12% of anesthesiology care at in-network hospitals—as well as more than 12% of pathology bills, 5.6% of claims for radiologists and 11.3% of cases that used an assistant surgeon—were billed out of network.

The research also looked at how much such bills factored into doctors’ annual compensation. The findings: Without balance billing, physician payments for patients with private insurance would drop 13.4%, while health care spending for those with employer-sponsored insurance would be reduced 3.4%. The authors note that any policy fix needs to not only protect patients, but also competitively package facility and physician services.

How to successfully recruit millennials 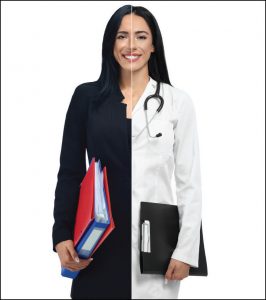 MILLENNIALS now make up 15% of the physician workforce, but a new article points out that many health systems haven’t figured out how to tailor job opportunities to millennials’ skills. That in turn impairs the ability of hospitals and health systems to recruit and retain young physicians.

The authors point out that millennials have fueled a boom in what they call “cross-training,” with millennial physicians much more likely than older colleagues to train in more than one specialty or to pursue different degrees including MBAs, MPHs and PhDs. That cross-training, the authors write, reflects “a desire for cross-sectional work” such as health care consulting, entrepreneurship, academic research, administration or population health, in addition to clinical care. The article was published in the December 2019 issue of Federal Practitioner.

How much of a pay cut would you take to work fewer hours?

HALF OF PHYSICIANS say they would take a $20,000 salary reduction per year if they could work fewer hours and have better work-life balance.

That’s according to a Medscape report released last month that was based on survey responses from more than 15,000 physicians. The report—on the generational divide and burnout—found that more Gen X physicians (48%) admitted to burnout than millennials (38%) or baby boomers (39%), and that women physicians reported more burnout (48%) than men (37%). The report categorized millennials as those between the ages of 25 and 39, while Gen Xers are 40 to 54 and boomers are 55 to 73.

As for how they cope with burnout, 56% of millennials said they sleep, 46% of Gen Xers cited exercise and 45% of boomers said they isolate themselves.

In other generational news, a new JAMA study found that mandatory screening detected cognitive impairment in one of eight doctors age 70 or older. The impairment was significant enough to stop the physicians from continuing to practice independently.