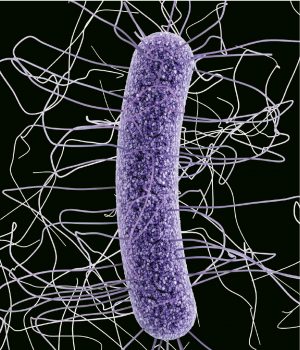 WHEN IT COMES TO testing for C. diff, clinicians face a tough balancing act. With too little testing, cases might not be picked up and result in bad outcomes. But too liberal testing leads to detecting asymptomatic colonization, not active disease, which in turn can trigger the many downstream effects of overtreatment.

“We used to emphasize the need for a high suspicion for C. diff and test right away, but then we started using a much better test that picks up a lot of C. diff cases that weren’t real disease,” says Dr. Drees. “We don’t want the pendulum to swing back too hard, but we do want to foster testing stewardship so we do the right amount of testing.”

“We want to foster testing stewardship.” 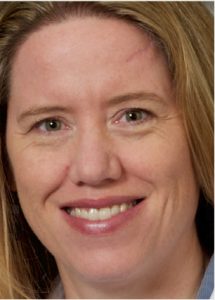 Testing stewardship—being judicious when ordering the diagnostic tests that determine whether or not patients receive an antibiotic—is important, she adds, because it’s the first step toward antimicrobial stewardship.

But to promote that stewardship, at her hospital system at least, physicians needed some electronic help. The fix for Christiana Care came in the form of a hard stop on all orders for C. diff tests.

Trying a soft stop first
The problem with overtesting for C. diff emerged in early 2015 when Christiana Care switched to PCR testing.

“That’s where the field was shifting, in terms of more labs going over to all PCR,” Dr. Drees explains. “We knew the test was more sensitive and that our detection rate would go up.” But with PCR, she and her colleagues were surprised to see their rate of positive C. diff tests jump by 25%.

“We did educate our doctors, particularly the frontline hospitalists, to try to order tests more selectively, but education will go only so far,” she points out. “And once you get asymptomatic patients on the treatment pathway, they’re receiving antibiotics that increase their risk of active C. diff disease.” Overtreatment also prolongs patients’ length of stay and puts the hospital at risk for penalties.

Within three months of adopting PCR testing, Dr. Drees and her colleagues launched their first intervention to try to put the brakes on unnecessary testing: an alert that popped up whenever doctors entered an order for C. diff testing for a patient who had received a laxative within the past 24 hours.

That alert would suggest that the order be cancelled, she says, and doctors could click to either cancel or continue the order. Initially, the alert was a success, driving down test orders by 25%.

“People were stopping and thinking about it,” she notes, “but the more often you see an alert, the more you blow through it. It was starting to lose its effect over time.”

What to fix quickly?
Another development caught the attention of not only Dr. Drees and her colleagues but health system leadership as well. In late 2016, the CDC released re-benchmarked C. diff data, assigning individual hospitals a standardized infection ratio reflecting their incidence of hospital-acquired infections.

“That ratio tells us how we compare to other hospitals that are submitting data and if we’re average,” she says. While Christiana Care’s old data “showed that we were improving nicely,” the new data indicated “that everyone else was getting better faster than we were, and that was a shock to the system.” It also put the health system potentially at risk for financial penalties related to C. diff incidence.

That’s when Christiana Care marshaled its personnel and IT resources, pulling together a team that included infection prevention, quality and safety, nursing, IT, pharmacy, environmental services, and the hospitalists “because they were the people placing the orders and treating C. diff,” she says.

Initially, the team met as often a twice a week “to find out what needed to be fixed. Testing stewardship came to the top as something we could probably fix relatively quickly.”

A new protocol
The hard stop protocol put on C. diff test orders was launched in April 2017. With the hard stop in place, the EMR must check off on two conditions for a test order to proceed.

If the patient doesn’t meet both those criteria, the test will be cancelled. Physicians who still want to order a test have to call the lab for an override, marking in the electronic record the name of the lab person they spoke with. (Since the protocol was first put in place, the window of patients’ laxative use has been expanded to 48 hours.)

Did she and her team run into a lot of resistance from the physicians trying to order tests? “A few of the infectious diseases doctors have been fairly vocal, pointing out that they should be able to tell when a test needs to be ordered,” Dr. Drees says. Unfortunately, the ordering system can’t be customized by specialty to accommodate those concerns. “You end up annoying a few people while hopefully having minimal impact on the majority.”

And while some doctors have gamed the hard stop—putting “abcde” as the name of the lab person authorizing a hard stop override, for instance—feedback from the ID team and “some re-education about the whole purpose of the project” have been effective.

As has the hard stop protocol overall. “We saw a very rapid decline right after we put this together, and it’s remained pretty stable,” says Dr. Drees, noting that testing rates fell more than 40% with the hard stop in place without any cases of delayed diagnosis. “But it requires constant attention. Even a hard stop isn’t something that you can just put in and walk away from, or testing rates may again start to creep up.”