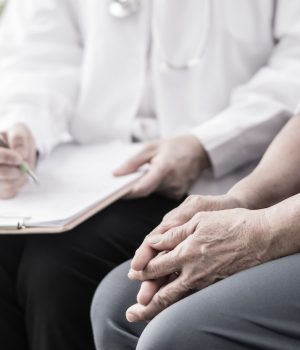 FOR MORE THAN 40 YEARS, most doctors have turned to antipsychotics like haloperidol and ziprasidone when critically ill patients develop delirium in the ICU. But according to the results of a large, multicenter study, that practice needs to stop. Why? Because the medications are no more effective than placebo in significantly affecting the duration of delirium.

“The average hospitalist is on the front line and sees delirium patients every single day,” says lead author E. Wesley Ely, MD, MPH, a pulmonary/critical care subspecialist at Nashville’s Vanderbilt University Medical Center and co-director of its Critical Illness, Brain Dysfunction, and Survivorship (CIBS) Center. The take-home of the research published in the Oct. 22 issue of the New England Journal of Medicine (NEJM), he says, is this: “We need to take a more comprehensive approach to helping our patients than merely giving a medicine. We can’t get off the hook by writing a prescription for an antipsychotic.”

“Antipsychotics are likely converting the hypers- to hypos-.” 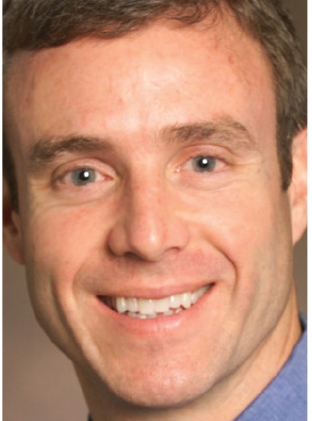 What works instead is the consistent use of a bundle of interventions that includes pain control, daily awakening and breathing trials, early mobility and involved families. In fact, Dr. Ely points out, another study his group published this fall may be even more important to improve clinicians’ ability to treat delirium than the one that disproved antipsychotics’ efficacy.

Published in October by Critical Care Medicine, that second study showed that using an “ABCDEF Bundle” strategy to manage ICU symptoms improves not only delirium but also survival, mechanical ventilation use, coma, restraint-free care, ICU readmissions and the likelihood that a patient will be discharged home. That study tracked 15,000 critically ill patients in more than five dozen ICUs across the county. Use of the bundle not only prevented some delirium but also shortened its duration when it did develop.

“The sister message to ‘Don’t write a prescription for antipsychotics’ is ‘Take the A-F Bundle to heart and figure out how to do it in your hospital,'” says Dr. Ely. “Taking care of delirium means focusing on the items in the bundle.” 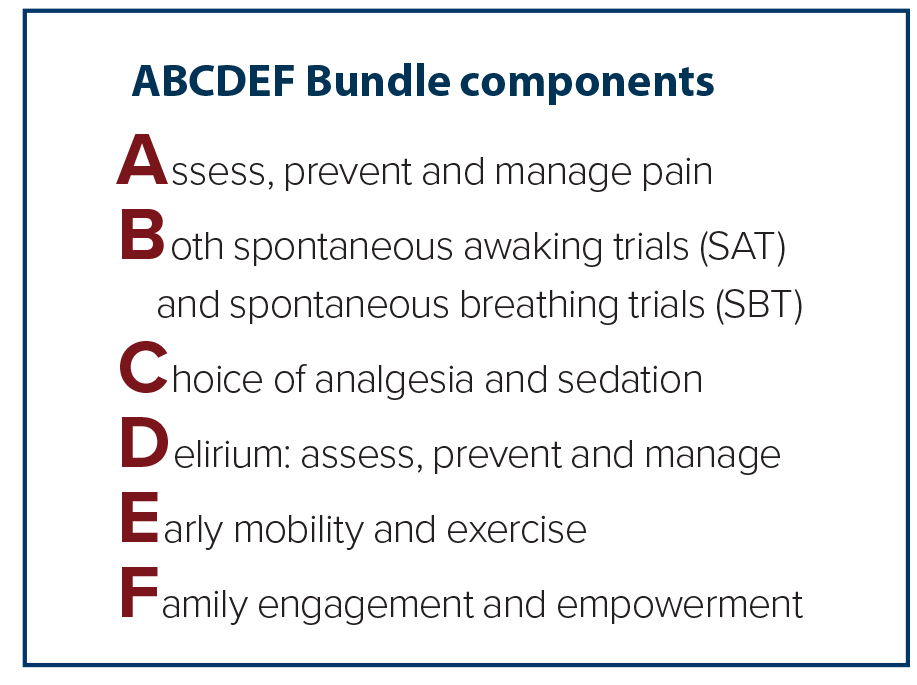 A role for antipsychotics?
According to Dr. Ely’s NEJM study, delirium affects between 50% and 75% of patients on mechanical ventilation. Hypoactive delirium is much more common than the hyperactive form and is also the “more dangerous” type, he says. Further, delirium duration “is predictive of death, increased length of stay, cost of care and dementia.” Doctors may think that they are helping patients who have hyperactive delirium by prescribing Haldol. After all, patients are at risk of injuring themselves or others by pulling out their lines or otherwise interfering with care. (Dr. Ely points out that the NEJM study, also known as the MIND-USA study, wasn’t adequately powered to answer this question definitively, and further study will be needed.)

“Antipsychotics are likely converting the hypers- to hypos-,” he explains, “but we didn’t see evidence that receiving the medication stopped the delirium.” This doesn’t mean that he has no use for antipsychotics in the ICU. He uses them, for instance, in patients withdrawing from alcohol, narcotics or benzodiazepines who are at risk of harm to themselves or others. “Antipsychotics control dangerous symptoms associated with patient anxiety,” he explains. “An antipsychotic can become a very good drug to control those symptoms because it doesn’t suppress breathing, and patients may not land on a ventilator like they would if they were put on narcotics or benzodiazepines.”

But hospitalists should know why they are using antipsychotics in the ICU. “I’m doing it purely for safety,” he says. “Don’t trick yourself into thinking that you have reduced the delirium. Understand that you are using these drugs to control the patient, not treat the delirium.”

Mitigating delirium
Antipsychotics also do not work to treat pain, says Dr. Ely, and untreated pain is deliriogenic. Also known to contribute to delirium are many sedatives, narcotics, antihistamines, steroids and other medications with anticholinergic effects; drug withdrawal; underlying dementia; and disease conditions including infections, hypoglycemia, electrolyte abnormalities, and constipation.

“The bottom line is that you can’t prevent all delirium, but you can do several things to shorten its duration,” he notes. “Stop the drugs, wake patients up and walk them, try to get them off the ventilator, put their eyeglasses on, and get the family involved.” Getting those interventions on board, he admits, “can take a while. It’s not quick and easy.”

For the antipsychotics study, 566 patients in ICUs across the country who had developed delirium were randomly assigned to either haloperidol (up to 20 mg daily), ziprasidone (up to 40 mg daily) or placebo, most for three to seven days. Doses varied depending on patients’ CAM-ICU (Confusion Assessment Method for the ICU) delirium assessments and disease progression, and the drugs were discontinued at ICU discharge.

Clinicians were also taught about the ABCDEF bundle and encouraged to perform those elements to mitigate delirium. Most patients in the study were in the ICU due to acute respiratory failure or septic shock, and daily adherence to the bundle exceeded 88% in all three groups.

The NEJM study found that no group did better than another in terms of days with delirium or coma. The three groups also had similar survival rates, lengths of hospital and ICU stay, and ICU readmission rates. Further, none of the groups experienced any other benefits such as reduced concomitant use of opioids or sedatives or days off mechanical ventilation. In contrast to antipsychotics, Dr. Ely says, higher compliance with the evidence-based ABCDEF bundle “predicts improvement.”

The neurochemistry of delirium
Paradoxically, what this and other studies that Dr. Ely has been involved with show is that the sickest patients in the ICU often receive the least care. That’s because patients with hypoactive delirium aren’t demanding.

The study on antipsychotics took “almost $10 million and almost 10 years,” he says, and it is one of several his research group currently has underway. Some of their work, for instance, consists of mice studies to try to figure out the neurochemistry of delirium, which isn’t understood well. As the NEJM study points out, increased dopamine signaling—the target of antipsychotics—”may not play a major role in the pathogenesis of delirium during critical illness.”

“What is so important about this paper is that it shows finally that antipsychotics don’t help,” he says. While that leaves hospitalists wondering how to prevent and treat delirium, Dr. Ely has this answer: “They can figure out how to do the A-F bundle. Right now, there is too little of that conversation going on.”