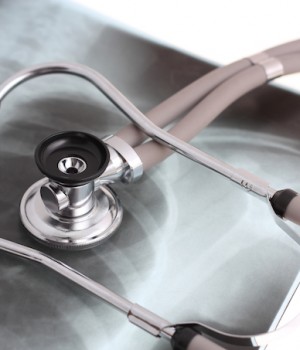 ANTIBIOTIC OVERUSE is so pervasive that it can be found in places you might never think to look. Hospitalist Peter K. Lindenauer, MD, director of the Center for Quality of Care Research at Baystate Medical Center in Springfield, Mass., recalls being “very surprised” when he stumbled upon data showing that antibiotics are a regular part of treating patients hospitalized for asthma.

As Dr. Lindenauer points out, “Clinical guidelines recommend against prescribing antibiotics during asthma exacerbations in the absence of concurrent infection.” But his research found that about 60% of patients hospitalized for asthma receive antibiotics.

That figure comes from claims data for nearly 52,000 patients admitted to 577 U.S. hospitals in 2013 and 2014 with a principal diagnosis of asthma or a diagnosis of acute respiratory failure with asthma as the secondary diagnosis. Excluded from the analysis were all patients with any potential indications for antibiotics—bronchitis, emphysema, COPD, bronchiectasis, sinusitis, pneumonia, urinary tract infection, skin and soft-tissue infection, septicemia, sepsis, or fever—as well as those for whom a blood or sputum culture had been ordered.

“Pull the charts of your last 20 asthma admissions. See how many patients were given antibiotics unnecessarily.”

The research team also excluded any patients who had been hospitalized for pneumonia within the three months before admission. Findings were published as a research letter in JAMA Internal Medicine’s September 2016 issue.

“This is something we ought to be able to fix,” Dr. Lindenauer says. “I think the issue of antibiotic use in asthma has been flying below the radar of most hospital-based antimicrobial stewardship teams. I hope this study stimulates people locally to start looking at this as an opportunity to pull some charts and ask: Are we overusing antibiotics at our hospital?”

Why did you even think to look  at antibiotic use in asthma?
I’ve been interested in how to improve the management of patients hospitalized with COPD exacerbations, and we think there are opportunities to not overuse antibiotics. They are an important part of treatment, but not every patient needs them.

One idea is that we might be able to target antibiotics for patients with COPD by using procalcitonin testing. When a group of us investigators were talking about the impact of using procalcitonin to improve antibiotic stewardship for COPD, someone said, “What about using procalcitonin to identify which patients with asthma might need antibiotic therapy?” We all said, “Wait a minute; asthma isn’t an infectious condition, and the guidelines don’t recommend antibiotics for asthma unless there is a concurrent infection triggering the exacerbation.” I thought it would be helpful if we had some basic understanding of how often antibiotics are being used to treat asthma, and I had access to a data set that could help us understand that.

So the findings were unexpected?
Absolutely. We excluded patients with any kind of infection and anyone a blood or sputum culture had been ordered for, which is usually an indication that the team is thinking the patient has infection. But we still found that 41% were being treated on the day of admission and 60% at some point in the hospitalization with antibiotics.

Plus, the median duration of antibiotic treatment was three days, the same as the hospital length of stay. So basically, people were being treated with antibiotics the whole time they were in the hospital. We didn’t have information about what happened after discharge, but it wouldn’t surprise me if a significant percentage of patients went home to complete a five- or seven-day antibiotics course.

Why do you think the rates are so high?
It’s hard to say. Some of it may be that there aren’t that many straight asthma cases admitted to the hospital; there is usually other stuff going on, and perhaps there isn’t good documentation in the record. Part of it may be physicians’ discomfort with the fact that these are patients who had an asthma exacerbation and failed both outpatient and emergency department therapy. There is a concern that you don’t want to miss something.

Over the years, there has been interest in the potential benefit of macrolide treatment for patients with asthma, but a clinical trial published in the November 2016 issue of JAMA Internal Medicine produced negative results. So people wouldn’t be doing that based on good evidence.

It could also be that there is a general lack of knowledge. But I suspect that if you polled most hospitalists, very few would endorse the use of antibiotics in treating patients hospitalized with asthma.

At the same time, this study has limitations, primarily because we didn’t have information about what was driving decision-making. More than anything else, the study is intended to stimulate people to look for antibiotic overuse and have a conversation.

Are you now having that conversation  at Baystate?
I have shared these data with our antimicrobial stewardship folks and the leaders of our hospital medicine department. The next step for us would be to look at our charts. Everything we know about antibiotics is that they are overused in all sorts of different ways, so on one level it’s not shocking to me that we might be overusing antibiotics here.

It would be really good—and it’s on my agenda—to put together a couple of focus groups with physicians to understand when they use antibiotics in this setting and to discuss the potential strategies that might effectively rein in some of that use. Should it be education, or changes to the computerized order entry system to require a rationale? Would a procalcitonin test make you feel more confident that there isn’t a bacterial infection taking place that’s driving the patient’s clinical presentation?

If you are a hospital thinking about topics for antimicrobial stewardship, this is one that probably isn’t on the front burner, but you might want to take a quick look to see if it should be. Pull the charts of your last 20 asthma admissions. See how many patients were given antibiotics unnecessarily. Is the problem that we aren’t documenting what is really going on with the patient, or is there really overuse?

Now that you are aware of it, have you  caught yourself doing this yourself or seen it?
When I am on service, it is often on a respiratory care floor where we see many patients with obstructive lung disease. Recently, a young woman was admitted to our team with an asthma exacerbation, and she had been placed on antibiotics in the emergency department. One of the ways I was able to contribute to her care was by saying, “I think we can stop this.” I don’t know why she was put on them in the first place, and we wanted to make sure it wasn’t a COPD exacerbation or pneumonia. But once we felt confident that we weren’t missing anything, we stopped the antibiotics.

Published in the March 2017 issue of Today’s Hospitalist