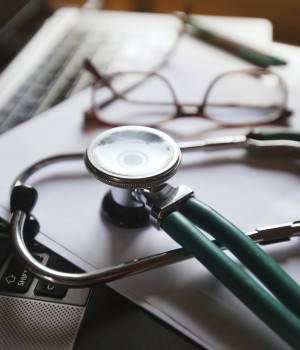 THE AMERICAN BOARD OF ANESTHESIOLOGY (ABA) is doing away with its 10-year exam as part of its maintenance of certification (MOC) program. To maintain their certification, board-certified ABA diplomates will instead have to answer multiple-choice questions online at their convenience.

The new MOC program will require doctors to answer 30 online questions per quarter each year. Once questions are answered, the Web site will display the correct answer as well as the rationale behind it. The ABA has been pilot-testing just such an online system for several months.

ABA executives noted that they decided to adopt the new approach to promote continuous learning. The move makes the ABA the first among the 24 boards that are part of the American Board of Medical Specialties to scrap its 10-year exam, according to Washington Post coverage.

About 85% of the nation’s physicians “800,000 “are certified, while 300,000 of those are grandfathered and don’t need to recertify every 10 years. ABA’s newly designed MOC program will launch January 2016 and will cost $2,100, the same price that the board has been charging doctors to take the MOC exam.

A NEW STUDY provides more evidence that any pauses during compressions after cardiac arrest are associated with worse outcomes and lower survival rates.

While current guidelines recommend minimizing pauses in chest compressions, Dutch researchers analyzed defibrillator recordings for all CPR pauses among more than 300 patients who arrested outside the hospital. The authors found that every five seconds in the longest overall pause was associated with lower survival odds.

In the study, patients’ survival rate to hospital discharge was 38%. CPR should be paused only for defibrillation and then only briefly, authors noted. Results were published online in August by Circulation.

UNIVERSITY OF MICHIGAN RESEARCHERS have published a new guideline with best practices for inserting, caring and managing PICC lines and related venous access devices. The Michigan Appropriateness Guide for Intravenous Catheters (MAGIC) guideline, which was published in the Sept. 15 issue of Annals of Internal Medicine, grew out of an international panel of doctors, nurses and pharmacists.

Researchers said the new guidance was in response to growing evidence that there is too much variation in PICC utilization and inappropriate use, with studies indicating that one in five hospital doctors don’t know when patients have PICC lines. Researchers looked at more than 650 clinical scenarios and nearly 400 indications. They included charts tracking the appropriateness of the use of PICC lines and other devices.

The guidelines also offer criteria for using PICC lines among different types of patients and for varying durations. For use lasting between six and 14 days, for instance, midline catheters and ultrasonography-guided peripheral intravenous catheters were preferred over PICCs.

The high price of  ambulance diverts

MYOCARDIAL INFARCTION PATIENTS whose ambulances are diverted from their nearest emergency department run nearly a 10% greater risk of dying within a year.

Researchers from the University of California, San Francisco, looked at 2001-11 data on 30,000 Medicare heart attack patients across 26 California counties. They found that diverted patients had a 9.8% greater likelihood of one-year mortality. And because some patients were diverted to other hospitals that had less cardiac-care technology, diverted patients were also 4.6% less likely to receive needed angioplasties or CABGs. Results were published in the August issue of Health Affairs.

The authors recommended that health systems adopt policies to ensure that patients with certain conditions “including AMI, stroke and trauma “still have guaranteed access to hospitals that can deliver needed interventions, even if those hospitals are technically on diversion.

NEW RESEARCH INDICATES that people who routinely work more than 40 hours a week face an increased risk of stroke.

The study, which appeared in The Lancet, looked at more than one-half million people in Europe, Australia and the U.S. Researchers found that working between 41 and 48 hours increased stroke risk by 10%. Working 49 hours to 54 hours produced a 27% higher risk, while working 55 hours or more a week led to a 33% higher risk.

The authors controlled for factors like smoking, alcohol consumption and physical activity. In a separate meta-analysis, researchers found that people who worked 55 hours or more a week had a 13% greater risk of a new diagnosis of heart disease, or a hospitalization or death due to heart disease.

The findings suggest, authors wrote, “that more attention should be paid to the management of vascular risk factors in individuals who work long hours.”

How much  does your care cost?

UNIVERSITY OF UTAH HEALTH CARE may be one of only a handful of hospitals in the country with any real handle on its actual costs, including the costs of supplies, medications, devices and clinicians’ time.

Under the direction of CEO Vivian Lee, MD, PhD, MBA, the medical center has developed software that now contains 200 million rows of cost items, according to the New York Times. In addition to costs, the computer program measures staff time, as well as outcomes such as length of stay and readmissions.

The program also tallies each physician’s outcomes and costs compared to his or her colleagues. The software indicates, for instance, that the cost per minute of care in the ED is 82 cents vs. $1.43 per minute in the surgical ICU and $12 per minute in the OR for an orthopedic procedure. The medical center has used its cost analyses to revise practices and reduce expenses.