I always look forward to the Society of Hospital Medicine’s (SHM) annual meeting. The most recent one was held in San Diego, which is such a pleasure to visit, and the Gaslamp District gets better each time I go!

Since I came back, I’ve been mulling over the results of SHM’s 2007-08 survey on hospitalist compensation and production. These results were among the most keenly awaited information presented at this year’s meeting, and they’ve provided some food for thought.

Because we are all so deeply immersed in our hospitalist programs, it’s always good to stick our heads out of our little burrows and see what is taking place not only in our own neighborhoods but nationwide. A major theme running through this year’s annual meeting was how to place a value on hospitalist services. Survey data certainly suggested a dramatic change in how hospitals value ourselves and our programs.

The survey found, for instance, that while our productivity has stayed flat–at best–compared to 2005-06 data, our salaries have gone up at a good clip, increasing 13%. Clearly, our services are becoming more valuable. Given the scarcity of hospitalists coupled with growing demand, the value equation between productivity and income will loom even larger in the coming years.

Another interesting jump: The average subsidy per FTE hospitalist is now close to $100,000 a year, up from $60,000 in 2005-06. This means that while most hospitalists clearly are not bringing in enough revenue to cover their salaries and benefits, employers–which, for 40% of hospitalists in this year’s survey, are hospitals or hospital corporations–are finding extra monies to sustain programs. With an average of close to 10 FTEs per group, this adds up to a whopping $1 million per year in subsidies for each program.

Employers certainly don’t take subsidies lightly unless there is outright benefit to the larger system. Which brings us back to the question: How do we assess the value of a hospitalist?

Value also comes from bringing in better DRG compensation–in addition to lower LOS–by appropriately capturing severity of illness as reflected by a higher case mix index. It comes from not making nurses wait to have questions addressed, and from not making surgical specialists come in to admit a patient at 1 a.m. or answer calls related to pain medication, nausea, constipation or shortness of breath.

On one level, we certainly have a cause for celebration in our rising salaries. But as our productivity remains flat, how much subsidy can we continue to expect, and for how long? At some point, it seems we could reach a state where we won’t be able to produce any further reductions in length of stay for, say, CHF or stroke; the system will have maxed out efficiency by cutting out all avoidable delays, standardizing care based on best available evidence and reducing errors to the bare minimum.

The question is whether hospitals be able to sustain subsidies when gains from hospitalist services are maximized. And how willing will hospitals be to look at the non-tangible benefits that accrue from a well-run hospitalist program to justify subsidies?

One of the most provocative statements made during the presentation of the 2007-08 survey data was the fact that the CMS is apparently considering bundling payments for both DRGs and physicians’ professional fees into one comprehensive, episodic payment, like the global fee that now gets paid to surgeons.

That prospect certainly got my attention. If this happens, it will have a profound impact on us, some believe in a positive way. Such a payment system could, for instance, allow hospitalist revenue to be directly linked to DRG/case mix index revenue, which is certainly a much bigger number than professional fees. That could help hospitalist programs justify their existence based on hard-dollar figures alone. But such a payment system could also be construed as a negative if the loss of identifiable professional fees erodes a sense of professional standing.

So what are the possibilities for the future? One could be that hospitalist programs will implode under the weight of unsustainable subsidies. One of my favorite quotes is that mural dyslexia (failure to read the writing on the wall) leads to entropy, and entropy rules! This would see us reverting back to the prior model of PCPs on the ER admit call list, willingly or not.

Another possibility is that hospitals/employers will increasingly view the hospitalist service as an essential, irreplaceable component for running a hospital, much the same way they already view nursing staff. Nursing services are essentially not billable, and nursing costs are going up. Yet hospitals are increasingly creative in trying to attract new nurses and accommodating when it comes to holding onto the ones they have.

According to that same scenario, it could also be that, as the costs of hospitalists escalate, more of us could be replaced by midlevel providers (assuming there are enough of them to replace us). It is conceivable that a program could consist of one hospitalist supervising three midlevels with a total service of between 30 and 35 patients, much like hospitals are now looking at CNAs and LPNs to attenuate nursing costs.

A third option: Hospitalists shift back to a total private model where they’re paid for only what they bill. This model has, to some extent, been losing favor for a variety of reasons: high attrition rate; high daily census; fierce competition between multiple groups working in the same hospital; and the lack of synergy or incomplete alignment of goals between hospitalists and hospitals.

As we each look into the crystal ball, what do we see the specialty looking like in five or 10 years? I have heard Dr. Robert Wachter tell this insightful anecdote: When a hospital CEO wakes up in the morning, the first question that pops into his or her head is: Are my nurses happy? This is quickly followed by the next question: Are my surgeons (read: any procedure-oriented specialist) happy?

Will the third question become: Are my hospitalists happy? Time will tell. 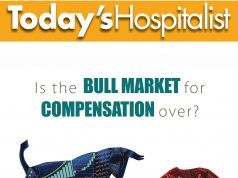 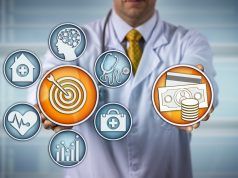 What do bonuses and incentives for hospitalists look like? 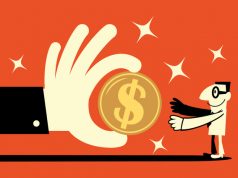 A look at hospitalist pay raises

A look at hospitalist job satisfaction

John Krisa, MD - January 2020
0
"Do what you can, with what you have, where you are." ~ Theodore Roosevelt WE ARE ALL too familiar with being short-staffed. Program growth, turnover, and...