Published in the May 2019 issue of Today’s Hospitalist

2018 PROVED to be a year of big changes for Tinsley Coble, MD, who’s based in Seattle. A change in management at one hospitalist program, for instance, led her to join another.

But before she started that position, she decided to take a sabbatical. “I wanted to figure out my goals for the next phase of my career, and I initially thought I could do that on my own.” Dr. Coble says she talked to friends who were “very supportive, but biased, so I began thinking I needed an experienced, neutral party to help me.”

Through the members-only Physicians Mom Group Facebook page, she found a life coach who proved to be “very blunt about my thinking patterns and how those would need to shift if I wanted certain career outcomes. A friend can be supportive, but an independent party can show you your blind spots.” 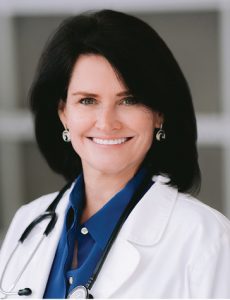 What were some of hers? “Not really believing I could take the next step and start a business,” Dr. Coble says. “And like a lot of physicians, I consistently put my self-care at the bottom of the list after work or family. Coaching had me rethink that.”

Being coached led her to embark on a six-month training program to become a certified coach herself, getting feedback on nearly 60 hours of supervised coaching sessions. Last fall, Dr. Coble decided to leave clinical practice and focus on coaching physicians exclusively.

Her roster quickly filled through word of mouth. “I have just 12 slots, and 11 are full,” she points out, all with clients in the Seattle area. She plans to add slots, then look for coaching opportunities in small medical groups of 10 or 15 physicians.

As Dr. Coble explains, career coaching for physicians really isn’t on the field’s radar. “You have coaching for C-suite level physician leaders and then coaching that’s almost punitive for doctors who are struggling. We don’t have the concept of coaching that’s available and beneficial in this wide middle ground.”

As for common problems clients come to coaching for, “physicians want help with career transitions, although the reasons they want those transitions are all over the board,” she says. “Many struggle with work-life balance or a lack of control or sense of being undervalued where they work.”

Clients have made the leap to other practices, while one left her group to start her own. One-on-one sessions—either on the phone or through video conferencing—are 45 minutes, and Dr. Coble stays in touch with clients between sessions via e-mail.

As for competition from other physician coaches, “there is such an unaddressed need out there in terms of burnout or career fatigue that we’re behind the eight ball,” she says. For doctors with burnout issues “who don’t feel comfortable immediately reaching out to a psychiatrist, I think it’s important for them to know there are other options.