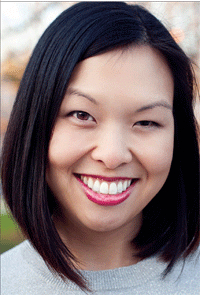 FIVE YEARS AGO, Katherine Chretien, MD, was struggling to balance her job as a hospitalist with raising two young children. While mixing work and motherhood is difficult for just about anyone, the task was even harder for Dr. Chretien because she was the only mother of young children in her division.

“I was going through new mother-related and stressful experiences like guilt and mania that I had never had before,” Dr. Chretien recalls. “I didn’t have a work group to talk to and my friends in medicine weren’t at that stage, so I felt alone.”

So Dr. Chretien, who’s chief of the hospitalist section at the Washington DC VA Medical Center and an aspiring writer, penned an editorial about her experience that focused on the challenges of being a busy physician trying to pump breast milk. When the piece was published in Annals of Internal Medicine, she was overwhelmed by the response.

“We welcome posts about being a mother, a doctor or the intersection.”

“I heard from mothers and fathers alike saying, ‘Thank you so much for writing about this,’ ” she says. “‘We need to hear more about these issues in medicine.'”

Dr. Chretien heeded that advice and started a blog, Mothers in Medicine, to explore the issues that women physicians with children confront on a daily basis. The blog features a stable of nearly 20 women taking a look at topics that range from the lofty (think work-life balance) to the nitty-gritty (toddlers’ hit-or-miss potty habits). More often than not, the writing is wickedly funny.

“We welcome posts about being a mother, a doctor or the intersection of the two,” she says.

One recurring theme is what’s the right time to blend a medical career with being a mom. Avid blog readers include female medical students and residents, many of whom ask about the best time to consider having a child.

Has she ever thought of opening up the blog to fathers in medicine? While Dr. Chretien says many people have told her there’s a need for a male viewpoint, she wants to keep her focus on mothers only for now.

While she works alongside male physicians with children, she’s found that talking to them isn’t the same thing as talking to women.

“It can be a little different to be a mom in medicine than a dad,” she explains. “Not all men understand what we go through, so I think it’s important that we have a space just for us.”

For more, go to www.mothersinmedicine.com.