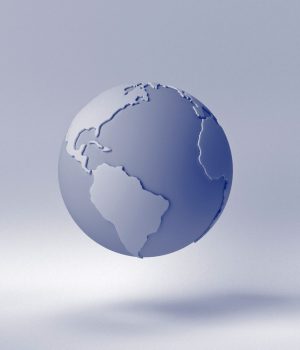 PHYSICIANS WHO TRAINED overseas, also known as international medical graduates (IMGs), account for a large percentage of hospitalists. In the 2019 Today’s Hospitalist Compensation & Career Survey, 45% of respondents identified as an IMG.

So what is it like for IMGs to work as hospitalists? In our survey, these physicians report being paid significantly less than their U.S.-trained colleagues, and they also report significantly lower satisfaction levels with their careers. In particular, IMG hospitalists complain about a lack of opportunities for promotion and career advancement.

But drill down into the data, and you’ll see that not all the news is bad. When it comes to measures like work hours and productivity, there don’t appear to be major differences between hospitalists who trained in the U.S. and those who trained internationally.

And when presented with different scenarios that would indicate big dissatisfiers—questions like “Are you asked to work more hours than your colleagues?” — IMG hospitalists had fewer complaints than their U.S.-trained colleagues.

Here’s a look at what IMGs reported in our latest survey.

IMGs are slightly more likely to be trained in internal medicine than in specialties like family medicine or pediatrics. In our survey, IMGs work in about the same numbers at teaching hospitals as their U.S.-trained colleagues. They are less likely to identify as a program director.

IMGs also reported working in slightly smaller hospitalist groups (a mean size of 20 full-time hospitalists compared to 24 for U.S.-trained physicians). But while the conventional wisdom holds that IMGs staff the nation’s rural hospitals, our data found that IMG hospitalists were about half as likely as their U.S.-trained counterparts to work in hospitals with fewer than 100 beds. 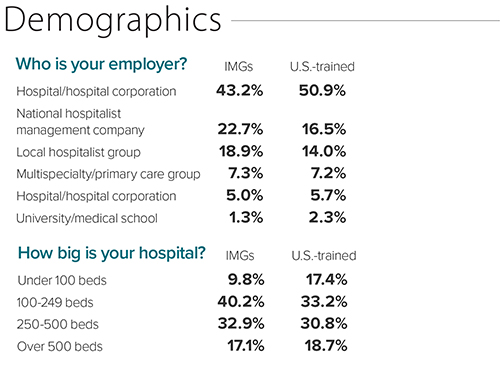 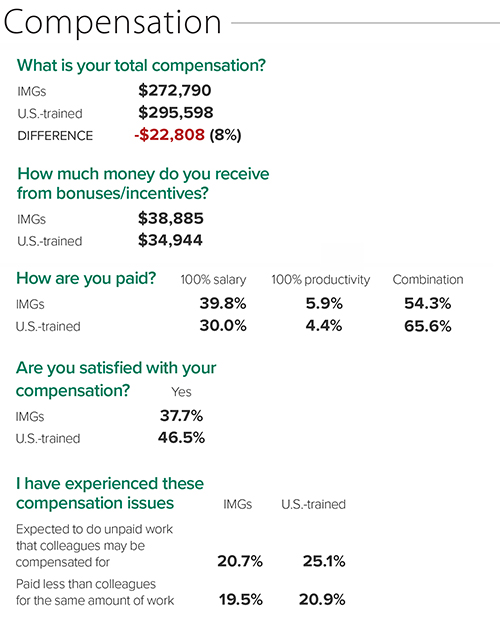 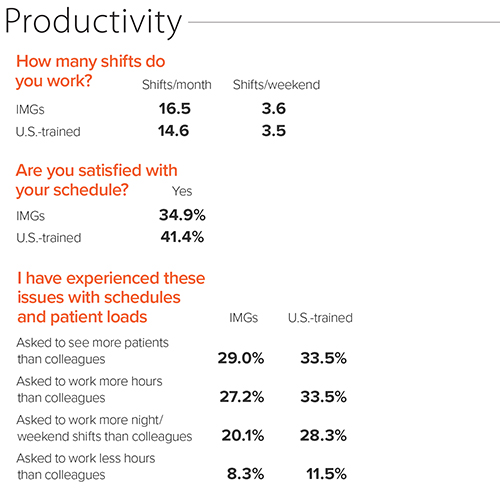 More IMGs say the risk of burnout is very significant for them personally (43.2%) than U.S.-trained physicians (28%).

That may be due to a lack of opportunities for promotion and career advancement; IMG hospitalists complain of both. And when asked about duties besides clinical care, fewer IMGs report playing a role in hospital leadership (21.8% vs. 32.1% of U.S.-trained physicians) and in group management (22.6% vs. 26.5%).

The dissatisfaction and lack of leadership opportunities could be due to inability to have green card for Indian-born physicians. The wait time for Indian-born immigrants is more than 9 years to get a green card.