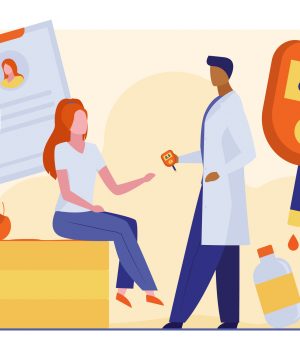 INPATIENT GLYCEMIC TEAMS deliver a host of benefits. According to studies, better glycemic management— a hallmark of such teams—can reduce readmissions and length of stay, improve patient care, prevent surgical complications, and save costs. Given that as many as 30% of admitted patients may be hyperglycemic, either due to diabetes or to stress hyperglycemia, it’s no wonder such teams are gaining more traction.

But when Berit Bagley, MSN, CDCES, first arrived at University of California, Davis, five years ago as a diabetes care specialist, “I was it,” she says. “We needed a better way to address the volume of inpatients with diabetes or hyperglycemia.

Ms. Bagley started working with Greg Maynard, MD, who had helped spearhead an inpatient glycemic team at UC San Diego before coming to UC Davis as chief quality officer. They began looking at what other hospitals were doing and “writing proposals for a team with an inpatient-focused endocrinologist and one nurse practitioner,” she says.

Virtual or active consults?
Almost two years ago, Deborah Plante, MD, was recruited to be that inpatient endocrinologist. By then, UC Davis had adopted the virtual glucose management system in use at University of California, San Francisco (UCSF).”UCSF had success doing remote consults,” says Dr. Plante. “We started with that system—but as we looked at other academic institutions with specialized diabetes teams, we decided an active consult team was a better fi t for us here.”

“We’ve set up a sustainable kind of infrastructure.” 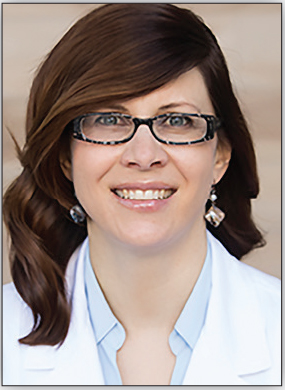 As Dr. Plante explains, that system entails having trained diabetes specialists looking over daily auto mated reports on all incidents of hyperglycemia or hypoglycemia. The specialists then go into patients’ electronic records to recommend treatment changes.

Going to the bedside, for instance, allows her and her team of NPs to know which patients have been taken off enteral nutrition or who have had their nutrition interrupted but are still receiving insulin, a risk for hypoglycemia.

Dr. Plante—as the team’s physician medical director, with Ms. Bagley as its diabetes nurse specialist— reached out to other centers around the country with active consult teams, including UC San Diego, the University of Michigan, Yale-New Haven and Stanford. While there are differences among those teams, she notes, they all rely on one medical director, advanced practice providers and diabetes nurse specialists.

The pandemic, it turned out, allowed the UC Davis hospitalists to become very familiar with the new glycemic team. Not only are patients with diabetes more prone to severe covid, but the use of dexamethasone— which promotes hyperglycemia—in patients on supplemental oxygen made treating blood sugars in those patients very complex.

“While hospitalists concentrated on treating covid, having a team to focus on glycemic management eased some of that burden,” Dr. Plante notes. “That’s why these teams are so beneficial.” Throughout the pandemic, “more than 50% of the patients we were following were covid patients.”

While many hospitalists may be well-versed in glycemic management, other services may not. (Think surgery.) She and her team now fi eld an average of six new in-person consults a day—all without officially “advertising” the team’s existence. Still, word of mouth is certainly working, as the team is expanding to five members.

“Patients come in on older diabetes medications. When appropriate, we discharge them on medications such as SGLT-2s or GLP-1s.” 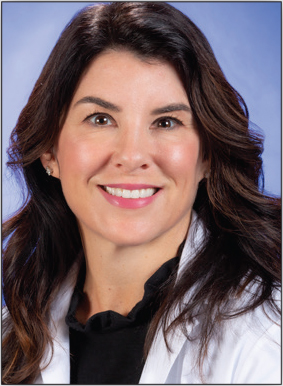 “Every time Dr. Plante does a lecture about the glycemic team to a specific service, we see an increase in consult volume,” says Ms. Bagley.

Team members also worked with IT, pharmacists and dieticians to update an insulin order set and craft clinical decision-support tools aligned with the inpatient standards put forth by the American Diabetes Association (ADA) and the American Association of Clinical Endocrinology. They’ve also worked with the office of continuing medical education to put together online modules for both nurses and physicians that work off the updated order set and tools.

“The ADA standards are to stop oral diabetes medications for admitted patients who have diabetes and start physiologic insulin,” Dr. Plante points out. “We redesigned our order set to make it more user-friendly in terms of teaching providers how to use physiologic insulin in these patients.”

A growing part of the team’s job is also figuring out what to do with the increasing number of patients being admitted who have insulin pumps. In addition, team members follow up with nurses on any insulin errors, and “we are constantly educating nurses and patients at the bedside,” she adds. They also make discharge recommendations for patients, putting in referrals with outpatient specialists.

“A lot of patients come in on older diabetes medications that are not aligned with current guidelines for patients with diabetes and certain comorbid conditions such as ASCVD, CKD or CHF,” Dr. Plante says. “When appropriate, we discharge them on medications such as SGLT-2s or GLP-1s with follow-up.”

As Ms. Bagley points out, “We’ve set up a sustainable kind of infrastructure.” Dr. Plante agrees. “We’re bringing up the diabetes literacy in general throughout the center,” she says, “but it will be a continual process.”

What you need to launch a team
Since the team’s inception, the center’s rates of hyperglycemia and hypoglycemia have improved, and UC Davis was recently recognized as a top performer for glucometrics in critical care.

“We’ve had very positive feedback, but we do want to measure provider satisfaction,” says Dr. Plante. The team is now putting together a provider survey, which will also allow them to gauge if the team’s presence has driven practice changes, including more orders for basal-bolus insulin and fewer for sliding scale insulin only.

As for community facilities that might want such a team, Dr. Plante recommends first identifying a champion. That could be an inpatient endocrinologist or other diabetes specialist, or a nurse or NP. Importantly, hospitals should start by measuring their own baseline.

“Many hospitals that have reached out to us don’t know what they don’t know, so they need to look at their own data and glucometrics,” Ms. Bagley says. Also, hospitals may want to start with virtual surveillance or using data to identify outliers on whom to intervene, rather than an active consult team. “You can still do this work, and not necessarily have a big team.”