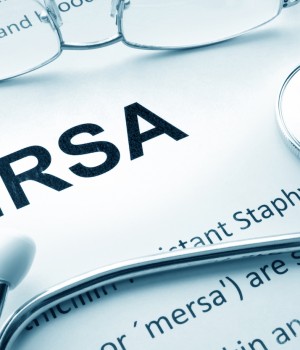 Published in the January 2014 issue of Today’s Hospitalist

THE GOOD NEWS IS that a study last year may have answered a critical question in infection prevention: What strategy should ICUs use to prevent devastating hospital-acquired infections, including MRSA and bloodstream infections?

The bad news is that the strategy that produced jaw-dropping improvement isn’t in place in most U.S. hospitals. That’s putting pressure on hospitals to decide whether to change their prevention tactics now or wait until revised guidelines catch up with the new evidence.

Published in the New England Journal of Medicine last summer, the REDUCE MRSA trial enrolled more than 74,000 patients in 43 hospitals and 74 adult ICUs. (All hospitals were part of the Hospital Corporation of America, and most were community hospitals.) Researchers randomized hospitals so that all their adult ICU patients were assigned to one of three different strategies.

Group 1 received what has been the standard of care: MRSA screening on ICU admission, with isolation and contact precautions for those who tested positive or had a history of MRSA colonization or infection.

Group 2 patients received the same screening and contact precautions. But those found to be colonized or infected also received targeted decolonization for five days with daily chlorhexidine baths and twice-daily intranasal mupirocin.

In group 3, all ICU patients received universal decolonization from day 1. Instead of being screened on admission, all patients were treated as high risk, with twice-daily mupirocin nasal ointment for five days and daily chlorhexidine baths during their entire ICU stay. (Contact precautions continued for those known to have MRSA.)

The results floored the investigators. “The nation has made tremendous strides in reducing both MRSA and bloodstream infections, so we didn’t dream of achieving another 44% decrease,” says lead author Susan Huang, MD, MPH, medical director of epidemiology and infection prevention at University of California Irvine Medical Center.

Another huge plus was seeing that universal decolonization reduced bloodstream infections by any pathogen. “MRSA was our key target,” Dr. Huang points out, “but as more drug-resistant organisms evolve, do we need to devise singular strategies for each of them? These results convinced us that certain strategies are broadly applicable.”

Achievable results
The results also make it clear that similar reductions in infection rates are achievable in community hospitals. Study results convinced HCA to implement universal decolonization in all of its ICUs.

And placing mupirocin ointment in the front of patients’ noses twice a day for five days takes only seconds or minutes of nursing time, which should be offset by the time saved by not screening patients. The challenge is building in the structure “standing protocols or order sets “to make sure the decolonization products are given.

“Mupirocin requires a doctor’s order, so each hospital has to figure out how to get that order set through its committees and, ideally, into an EHR,” Dr. Huang notes. Making sure everyone is on board can also be a hurdle, particularly in community hospitals where private physicians may infrequently admit patients.

Nurse training also requires some effort. Some nurses mistakenly think that chlorhexidine should be used as a topcoat after they bathe patients with soap and water.

“Chlorhexidine is the soap they should use,” Dr. Huang points out, “and many soaps will negate the effect of chlorhexidine.” And because chlorhexidine binds with skin proteins to kill bacteria for 24 hours, “it needs to be deeply massaged into the skin, not just wiped on. That way, it protects patients until their next bath.”

Nurses also need to be trained to clean not only patients’ skin, but the first six inches of any device, tube, line or drain coming out of the body. “Nurses and bathing assistants may not feel comfortable using chlorhexidine on wounds or devices,” Dr. Huang says. “But devices close to the skin need the most cleaning.”

Resistance concerns
According to Dr. Huang, chlorhexidine “in use for 60 years “still shows little evidence of resistance.

However, mupirocin resistance is a concern. But as Dr. Huang notes, a large amount of mupirocin is already being used to decolonize surgical patients found to have Staph aureus before surgery.
”
Staph aureus is the No. 1 cause of many infections, including surgical site infections, but the risk of infection in the arthroplasty population, for example, is between 1% and 2%,” she explains. “If we’re using mupirocin for that indication, shouldn’t we be using it in a much more vulnerable population?”

The medical profession may end up having to decide, says Dr. Huang, the range of resistance risk vs. benefits in different patient populations. “My guess is that the ICU population would rise to the top of the list because those patients are so seriously ill.”

Then there’s this concern: Some hospitals may have lower baseline infection rates than those in the study. Should hospitals take a wait-and-see approach to changing their protocols, particularly if their MRSA and bloodstream infection rates are already coming down?

Dr. Huang isn’t convinced that they should. “That might be the case if we’d found only a 10% or 15% reduction, but we found much more,” she notes. Plus, “our study spoke to the fact that it’s very hard to learn anything when you look at a single institution. That’s why we needed to enroll dozens of hospitals to obtain a definitive answer.”

More research to come
The trial was done in collaboration with HCA and investigators around the country, all part of the CDC’s prevention epicenters program. It’s an example of what Dr. Huang says is a new era of pragmatic research tackling hospital infections.

“We didn’t have any research personnel onsite at any study hospitals,” she says. “We provided in-depth training materials and coaching calls, and we benefited from the interest of facilities to collaborate and participate, using their existing quality improvement infrastructure. “Trial findings should reflect what can be achieved with routine hospital resources across community hospitals.”

She and her colleagues have already completed a study comparing the cost effectiveness of the several strategies, although results have not yet been published. The intervention costs are low, Dr. Huang notes, and one ICU bloodstream infection can cost $30,000 or more.

And the researchers are setting their sights on how to prevent infections on general wards. 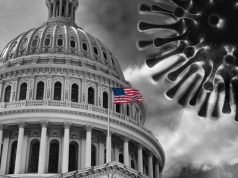