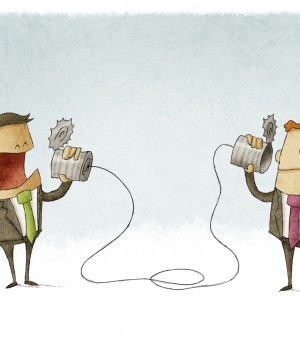 YOU KNOW YOUR DAY is a nonstop stream of interruptions, pages and patient questions, with endless rounds of orders and documentation. But two new time-motion studies, both published in the July-August issue of the Journal of Hospital Medicine, pinpoint exactly how hospitalists spend their day.

The first study, which had observers shadow hospitalists at Chicago’s Northwestern University Feinberg School of Medicine, came up with these sobering figures: Hospitalists spend less than one-fifth of their day (17%) on direct patient care. Instead, they spend two-thirds (64%) on indirect patient care, with communication taking up a good 25% of their day.

That’s no surprise given how much time hospitalists need to communicate with nurses, primary care physicians and subspecialists to manage patient care. But according to the Northwestern study, hospitalists spend an astonishing 34% of their day not on seeing patients or coordinating care with other providers, but on documentation.

How do hospitalists fit all that indirect care in? For at least 16% of the time, the study found, hospitalists are multitasking, simultaneously doing more than one activity.

The second study, which examined hospitalists at the University of Michigan in Ann Arbor, found a similar division of time, although the physicians devoted more time to communication. Hospitalists in that study spent 15% on direct patient care, 41% on communication and only 26% on documentation. (Both studies looked at hospitalists on nonteaching services.)

Researchers in the second study also found that hospitalists spend more than 7% of their day traveling around the hospital (In the Northwestern study, by comparison, that figure was 6%). But unlike their colleagues at Northwestern, the University of Michigan researchers drilled down into physicians’ indirect patient care activities to find out exactly what they’re devoting their time to.

They also looked at the cycle of the hospitalists’ day, seeing where physicians’ activity levels wax and wane. In the wake of their study, the hospitalist group at University of Michigan is trying ways to make members’ work days go more smoothly.

Red flags
For Mark Williams, MD, Northwestern’s chief of the hospital medicine division and senior author on that center’s study, the fact that doctors spend less than one-fifth of their time with patients was no surprise. After all, researchers at Northwestern had previously found a similar break-out of how hospitalists spend their day in a study published in 2006.

And Dr. Williams says he doesn’t have any problem with hospitalists spending so much of their day in communication. “That’s essential for managing patients, as well as coordinating care with all the subspecialists who are involved,” he points out. But he did find the number of instances where physicians were found multitasking a big concern.

“We know from research done elsewhere that you are never truly multitasking,” Dr. Williams points out. “The brain isn’t really able to do that, so you’re bouncing back and forth between two things, like talking to someone and answering a page.” The 16% of multitasking time that his research team uncovered, he adds, “represents opportunities ripe for making mistakes.”

But it’s the chunk of time devoted to documentation ” a whopping 34% “that Dr. Williams sees as the biggest red flag, and a huge opportunity to free up physician time. He explains that the hospitalists were followed in the summer of 2008, roughly two years after the hospital had transitioned to an electronic medical record.

That’s significant, Dr. Williams explains, because it means that hospitalists were spending one-third of their day on documentation, despite the fact that they were using a state-of-the art EMR system that they were familiar with. He says the data suggest that there’s a huge need to redesign electronic systems.

Technological alternatives
While obtaining patient information is critically important, “it may be taking far longer to obtain this information than necessary,” Dr. Williams says. “You think that EMRs are going to make life simpler, but they don’t. It can actually be more difficult to find information.”

Why, for instance, don’t EMRs have well developed and accurate past medical histories, as well as family and social histories, for patients who’ve been previously admitted? “This is where electronic medical records should be helping us, with readily available histories that can be amended or corrected, if need be,” Dr. Williams says. “As things stand right now, a lot of EMRs are structured so you have to hunt down the information and do a lot of copying and pasting.”

Because hospitalists are devoting so much time to documentation, he says, hospitals need to consider other technologies like voice recognition. He also cites a recent article in the Los Angeles Times about emergency departments hiring “scribes” to do ED documentation and says it’s something that hospitalists should consider.

In the interest of saving documentation time, the hospitalists at Northwestern have worked with their IT department to standardize the template for their notes and order sets. That means the hospitalists now “don’t have to search as much,” Dr. Williams explains, adding that the group is also working to modify the EMR interface to make it more user-friendly and fast.

The problem with “batching”
The Northwestern study also found that as patient volumes rise, hospitalists continue to spend the same amount of time (about nine minutes each) with patients. But to save time, they push back some of their indirect patient care, putting off documentation until that evening, for instance, or postponing some communication until the next day.

But even if patient volume remains consistent from day to day, according to the study by University of Michigan researchers, hospitalist workflow would still be plagued by big spikes in direct patient care activities. According to lead author Christopher Kim, MD, MBA, assistant professor of internal medicine and pediatrics, hospitalists’ patient volumes typically surge around shift changes at 7 a.m. and 7 p.m., and also at 4 p.m. Spikes in late afternoon are a problem, particularly because that’s when unassigned admissions from the ED show up.

Demand spikes lead to what Dr. Kim and his colleagues call “batching,” a term he uses to describe what happens when physicians “let things pile up until they can actually get to them.” The result is intense periods of patient care followed by lulls. That variability can signal congestion and delays, Dr. Kim says, and potentially lead to safety and efficiency issues.

A University of Michigan business school professor who helped work on the study dubbed those activity patterns the “cyclicality of hospitalist workflow.” Dr. Kim points out that as hospitalists batch admissions, that causes a cascade of batching problems for other departments, such as labs, radiology and pharmacy. The result is congestion throughout the hospital.

To smooth out that variability, particularly in the afternoon, the nonteaching service has changed the way it distributes new admissions during the day between itself and the residents’ service. Rather than alternating single admissions between the two services, admitters now give several admissions to the residents, then the next several to the hospitalist service. They then continue back and forth.

“That allows both the residents and the hospitalists to work as teams,” says Dr. Kim. “It also allows each team to catch up when the other group is admitting patients, and it allows us to better predict how many hospitalists should stay to admit.”

“The old system essentially passed along the batching of new admissions to the swing shift and the night shift,” Dr. Kim says.

Smoothing out daily rounds
Dr. Kim also says that his group is bringing insights about batching to subsequent patient visits. Traditionally, he says, hospitalists round on their established patients, then sit down to write orders and discharge instructions for all those patients. “That creates a constraint on the subsequent workforce that needs to do all the work that physicians order,” he explains.

Doctors now are encouraged to at least write orders after seeing every individual patient and to communicate with the bedside nurses about that patient’s care plan for the day. (The hospitalists can take advantage of the computer that’s in every patient room to do orders.)

As for other time-saving tactics, Dr. Kim says that hospitals have to work to eliminate what he calls “non-value-adding activities.” At the top of his list is the time hospitalists spend traveling from ward to ward. That’s one reason why the hospitalist group at the University of Michigan is moving to form two geographically-based units.

Another big time drain, Dr. Kim points out, is the fact that physician communication “specifically, pages via text messaging “hasn’t changed in years. There’s a lot of waste, he explains, because all that communication is only one way.

Physicians must page someone and wait to hear back, which isn’t a hardship if you’re dealing with one patient. When hospitalists are cross-covering for 10 to 30 patients, however, there’s a cycle of “calling, paging and waiting, things that we accepted in the past,” says Dr. Kim.

Hospital administrators at University of Michigan are now looking at possible options, including smartphones, to allow providers to communicate together in real time, instead of sending a message and then waiting around for a response.

How do hospitalists spend their day?

A TIME-MOTION STUDY of hospitalists’ work day performed at the University of Michigan in Ann Arbor found that physicians spend about 15% of their day in direct patient care and two-thirds on indirect patient care. How much time did hospitalists spend in various activities related to both types of care? Here’s a breakdown from the study, which was published in the July/August issue of the Journal of Hospital Medicine: