Published in the April 2006 issue of Today’s Hospitalist

This is the fourth in a continuing series on neurologic emergencies for hospitalists.

A 65-year old man with a history of hypertension presents two hours after the sudden onset of a right hemiparesis. His vital signs are normal, except for his blood pressure, which is elevated to 190/105.

On neurological examination, he is somnolent, but he arouses to voice. He does not follow commands, and he makes few sounds. He is plegic on the right side of his face, arm and leg.

The rest of the examination is limited by cooperation. A non-contrast CT scan demonstrates a large 30 cc hematoma in the left basal ganglia.

According to S. Andrew Josephson, MD, a neurovascular fellow at the University of California, San Francisco (UCSF), the case is a classic presentation of intracerebral hemorrhage (ICH), a condition that hospitalists are increasingly being called upon to treat.

“When there is no surgical intervention needed, neurosurgeons are increasingly relying upon neurocritical care physicians and hospitalists to take care of these patients,” said Dr. Josephson, who spoke about neurologic emergencies at UCSF’s annual meeting on managing hospitalized patients last September. “And for doctors who do not take care of neurologic patients in the ICU often, blood in the head is very scary.”

The good news for hospitalists, he added, is that unlike treating ischemic stroke patients, physicians have very few decisions to make for patients with ICH. That lack of decision-making, however, is due to an absence of treatment options.

“Other than controlling blood pressure and correcting coagulopathy,” Dr. Josephson said, “there have never been any data to suggest that a single unique treatment for ICH is efficacious.”

For patients with intraparynchymal hemorrhage, perhaps 90 percent of the cases you’ll see will be the result of two common causes: trauma or a secondary effect of hypertension.

Hypertensive hemorrhage characteristically occurs in one of four common locations in the brain: the basal ganglia, the cerebellum, the thalamus or the pons. “If you have a patient with uncontrolled hypertension and a typical-appearing hemorrhage in the basal ganglia,” Dr. Josephson said, “you’ve made your diagnosis.”

As for the other 10 percent of ICH cases, he urged hospitalists to keep drugs in mind, particularly cocaine or amphetamine-induced ICH. In addition, amyloid angiopathy is very common in older patients with typically lobar hemorrhages.

Other considerations include underlying lesions such as an arteriovenous malformation (AVM) or tumor. Also watch for septic emboli or other types of ischemic stroke that undergo hemorrhagic transformation.

Vascular imaging may be indicated, particularly if the ICH is in an uncharacteristic location, or if you suspect an underlying AVM. This can be accomplished through CT angiography, MR angiography, or catheter-based angiography.

And finally, Dr. Josephson said, “you should immediately be very concerned about the possibility of a systemic coagulopathy. Be very aggressive about correcting it, since many ICH patients will have significant expansion of their hematoma size in the first few hours.”

For warfarin-related hemorrhage with an elevated international normalized ratio, he explained, give a medication that works quickly, not just vitamin K. Fresh frozen plasma or, even better, activated factor IX complex work well.

The one rule you should follow when treating ICH is aggressive blood pressure control.

“We aim for a mean arterial pressure (MAP) of less than 110 or 100,” Dr. Josephson said, adding that reducing blood pressure by 20 percent to 30 percent should be safe without increasing the risk for secondary ischemia.

To do so, use either IV beta-blockers or IV calcium-channel blockers. Dr. Josephson said his unit tends to use labetalol and nicardipine. “And always IV,” he added, “so it can be done quickly.”

Agents commonly used for hypertensive emergency such as nitrates and hydralazine should be avoided, he added, because there is a theoretical risk of increasing intracerebral pressure (ICP).

Other interventions to consider include giving platelets if the patient is thrombocytopenic and desmopressin if the platelets are uremic. And if you’re worried about intracranial pressure, Dr. Josephson said, “Ask your neurosurgeons to evaluate if the patient needs a ventriculostomy.”

If blood is in the ventricles, or if mass effect obstructs the outflow of CSF, he added, acute hydrocephalus can be life-threatening if not treated with drainage.

When it comes to proven ICH treatments, Dr. Josephson said, the news is discouraging: “We don’t have a single one.”

Surgical interventions are typically not an attractive option, particularly in light of the STICH trial results, which were published in the Jan. 29, 2005, issue of The Lancet. That study showed that in most cases, removing hematomas produced no benefit.

“The only situation where surgery may be indicated is with cerebellar hemorrhages,” Dr. Josephson explained. That’s because as the hematoma expands and edema occurs around it, he said, “the hard posterior fossa is very unforgiving, and people can herniate and die.”

Although it’s not supported by good data, neurosurgeons typically use a rule of thumb that says that cerebellar hemorrhages greater than 3 cm in diameter should be evacuated. The same is occasionally true, he said, for large lobar hemorrhages that are on the periphery of the cortex and easily accessible.

Finally, phase 2 findings regarding the use of activated factor VII published in the Feb. 24, 2005, issue of New England Journal of Medicine may provide some hope. The research suggested that this agent may stop hematoma expansion and improve mortality and morbidity. Dr. Josephson said that the down side of this treatment in this study, however, included an increased risk of thromboembolic events.

Phase 3 trials are now underway in both the United States and Europe, and the results may lead to an approved treatment for ICH. One problem is that activated factor VII doses could each cost between $5,000 and $10,000 per patient.

“If we give that to all of our hemorrhage patients,” he said, “that could lead to significant medical costs.”

Imaging: Should you use MRI or MRA?

If you suspect an arteriovenous malformation (AVM) in a patient with intracerebral hemorrhage (ICH), what imaging modality will give you the most information? According to S. Andrew Josephson, MD, a neurovascular fellow at the University of California, San Francisco, you need to order a catheter angiogram.

Magnetic resonance angiography (MRA) may be helpful, he said, but the only way to reliably exclude the condition is to use only a gold-standard catheter angiogram.

To evaluate for an underlying lesion when the ICH is not clearly hypertensive in origin, Dr. Josephson added, many physicians order an MRI a few days later. “This approach is reasonable,” he explained, “but we also tend to get an outpatient MRI a couple of months down the road. Some underlying lesions may not be visible due to artifact from blood on the MRI.”

An MRI may also be helpful in identifying patients with amyloid angiopathy. “With a multiplanar gradient- recalled echo sequence on an MRI,” he said, “old hemorrhages may be visible that you wouldn’t see on CT or a conventional MRI.” 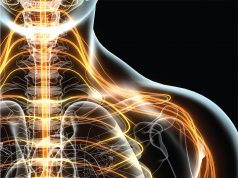 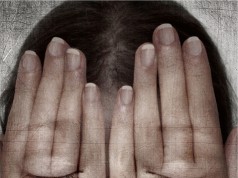