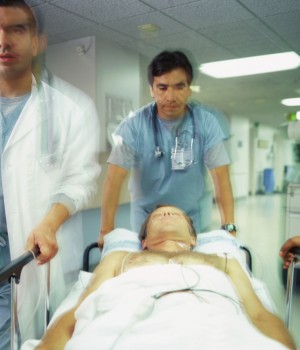 WHEN WE LOOK AT WHY HOSPITALISTS ARE SUED, it’s no surprise that the specialty’s No. 1 liability problem is missed or delayed diagnoses. But clinicians’ failure to correctly select and manage therapies is right up there on the list of reasons why hospitalists end up in trouble. In an analysis of more than 350 consecutive, closed internal medicine and hospitalist claims filed between 2000 and 2007, 11% were related to therapy selection and management.

Instead of writing a dose range, physicians should explicitly spell out how much of each drug should be delivered at what time interval.

The following case demonstrates the types of allegations we see related to failures in selecting or monitoring therapies, particularly high-risk medications. It also illustrates the fatal role that ineffective communication and lack of care coordination can play in adverse events.

CASE
A 35-YEAR-OLD PATIENT was admitted with right lower quadrant pain and a history of kidney stones. Due to the patient’s level of pain, the ED physician was unable to obtain a complete medical history. But during the three hours that the patient spent in the ED, he received two doses of Dilaudid 2 mg IV.

At that point, one of the nurses contacted the hospitalist and reported that the patient’s pain was still peaking at 10. The physician replied, “Can’t you read the order? You can give him up to 4 mg at a time. Do it!” The nurse first administered an additional 3 mg, then another 4 mg over the next four hours. 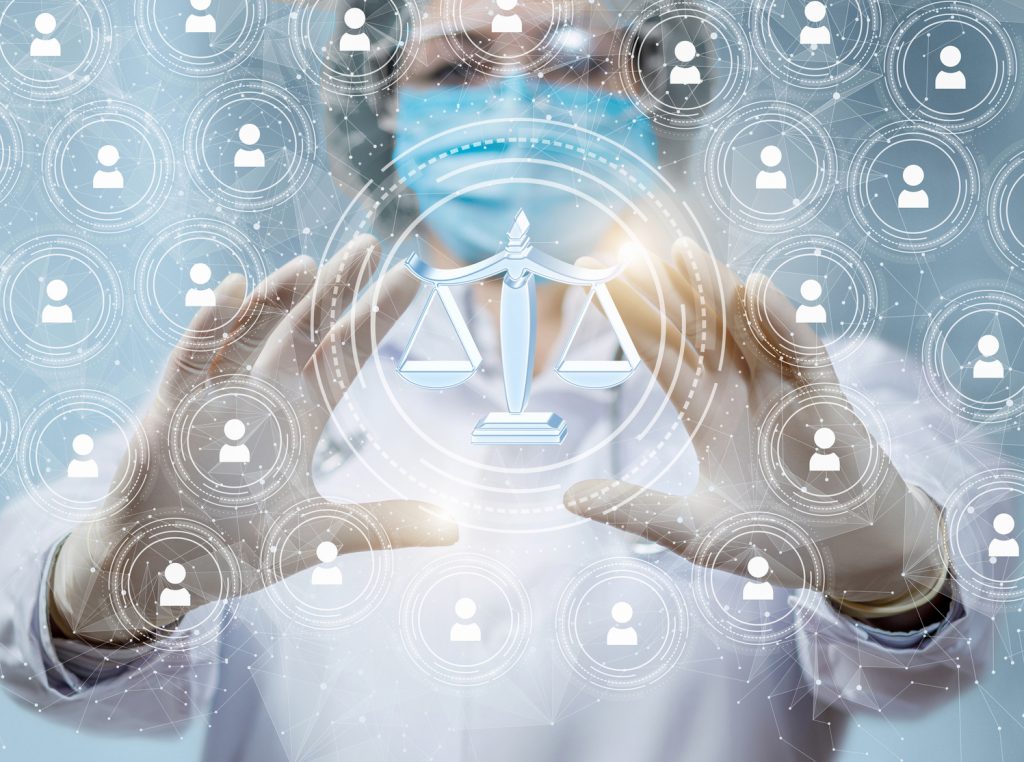 Read our article: Why are malpractice claims holding steady for hospitalists? (Sept. 2021)

The hospitalist stopped by the patient’s room while the nurse was administering the last 4 mg dose. He decided, however, not to disturb the patient because the nurse said he was finally resting.

During the first seven and a half hours after being admitted, the patient received a total of 11 mg of Dilaudid IV (including one single dose of 4 mg) as well as Demerol 50 mg IM and Valium 5 mg IM. During nursing rounds at the beginning of the next shift, the patient was found dead. His death resulted from the combination of markedly excessive dosages of Dilaudid, which were the equivalent of a total of 88 mg of morphine, with additional respiratory depressants.

What led to this overdose?
Many factors contributed to this man’s death. First, no one obtained a history and physical (H&P) including a current list of medications, which is essential to providing safe care.

When an H&P cannot be obtained because of the patient’s condition, doctors should go out of their way to try to interview the family or someone who came in with the patient. If the patient or family can’t provide medication information, local pharmacy databases should be your next stop to look for a recent prescription list. The patient’s insurer may also be able to provide this information.

Because no one obtained a complete medication history, the patient may have been opiate-naïve “or he may have taken other pain meds before he even arrived at the ED. Either scenario would make dosing even more critical.

Then there were major flaws in the original order, with 1-4 mg Dilaudid (along with Demerol and Valium) ordered PRN. First, this dose of Dilaudid is three to four times higher than what is currently recommended. And instead of writing orders that indicate a dose range, physicians should explicitly spell out how much of each drug should be delivered at what time interval, especially if multiple meds are being prescribed for the same symptom.

All orders must be clear so that any nurse, regardless of his or her experience, would know when certain drugs should not be given in conjunction with others. And when doctors prescribe multiple narcotics and sedatives, pharmacists should look into the advisability of loading patients with multiple drugs and dosages. Hospital pharmacy and therapeutics committees should also consider developing guidelines on multi-pharmacy narcotic/sedative orders.

Communication gone really wrong
This case was also plagued by a host of communication errors. When the nurse called the hospitalist, for instance, he scolded her and told her to increase the dosage to the order maximum because the patient was still not getting relief.

Check out our two-part series on minimizing malpractice risk: “Honest mistakes that can get you sued,” April 2017.

The nurse should have used a structured communication protocol to make sure she gave the physician the background, including the amount and types of drugs the patient had received in the previous hours; an assessment of the patient, including the fact that despite being given multiple drugs, the patient’s pain had still not abated; and the recommendation that the doctor should come and evaluate the patient. For his part, the physician should have appreciated the nurse’s concern when she called him in the first place and should have spent time getting more information from her.

At the same time, the nurse should have understood the acceptable dosages of Dilaudid and contacted her nursing supervisor to intervene when the physician told her to just keep delivering the drug. She also should have contacted the pharmacy to ask why the order had been accepted as written, as it included a range of doses.

And both the hospitalist and the nurse made this major mistake: After the patient was sedated to the point of sleeping, neither of them assessed or monitored his level of sedation. The usual protocol is to monitor IV narcotics “checking both pain and sedation levels and respiration rate “every hour. The patient died because everyone involved failed to follow dosing guidelines, do the appropriate monitoring and figure out how to communicate with each other to provide safe care.

The role of human factors
When it comes to physician liability, selecting and managing pain medications is clearly a high-risk area.

In this case, the doses of Dilaudid administered were much higher than is currently recommended “something that neither the physician, nurse nor pharmacist apparently understood. (If they understood, they didn’t intervene.) We have seen several claims in which physicians used the same equivalent dosing for Dilaudid that they use for morphine, which leads to patient harm or death. Because physicians remain confused about the dosing and equivalency of pain medications, hospital teams need to sit down and craft strict pain management protocols that clinicians can follow for patients who have escalating or breakthrough pain.

Another system error due to human mistakes: Apparently, the nurse felt that she had no safety net or authority that she could turn to, even if she knew that the Dilaudid doses were outside current guidelines. Medication orders, particularly for high-risk drugs, should be reviewed by the pharmacy prior to administration. When the nurse in this case didn’t hear from the pharmacy, however, she didn’t contact the pharmacy or her supervisor. A chain of command policy would have helped her know who to call when she was uncomfortable with an order or with administering more of a narcotic.

Then there’s the fact that the physician scolded the nurse, a tragic example of how disruptive conversations can sabotage patient safety. The nurse may have been reluctant to question the physician further or to insist on a clarification for what the physician wanted administered. When people in the hospital are afraid to speak up, eventually something goes really wrong. Before that happens, hospitals need to put in place a system to address inappropriate clinical behavior.

The need to monitor sedation
The patient should have been roused to check for signs of respiratory depression and to evaluate his sedation level and his response to stimulation. Again, the hospitalist “by being curt with the nurse “could have been the reason she didn’t contact him again or push him to evaluate the patient.

And technology may have made a difference in this case. Some CPOE systems would have caught the range order and required dosing clarification before the order would have been accepted. In addition, having an automated dispensing machine with a hard-stop mechanism could have alerted the nurse of the potential overdose.

Medication safety begins with getting as full a picture as possible of what drugs the patient is already taking. It then continues through the process of ordering, dispensing, administering and, finally, monitoring a drug’s effectiveness.

When a patient is harmed by a medication error, it is seldom, if ever, the sole fault of an individual clinician. Often, someone writes an incorrect order “or no order at all. The steps that nurses, pharmacists and others take to review an order or to discover that an order is missing can prevent patient harm. But clinicians rob each other of that safety net if they don’t communicate openly and work together to carefully assess and monitor therapy and management of patients.

Robin Diamond, JD, RN, is a senior vice president of The Doctors Company, a national medical malpractice insurer based in Napa, Calif.