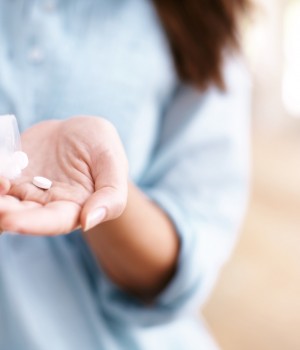 GIVEN HOW MANY PATIENTS undergo either hip fracture repair or elective joint replacement, you would think the potential risks and benefits of aspirin vs. anticoagulation for VTE prevention would be well-known.

Instead, the large studies needed to settle that issue haven’t been done, and clinicians are still debating the relative risks and benefits of aspirin over anticoagulants. That’s something that Frank Drescher, MD, a pulmonary intensivist with the Veterans Affairs Medical Center in White River Junction, Vt., learned while working with his center’s committee on institutional guidelines for preventing VTE.

“There were differences between the orthopedic surgeons and internists about what should be used,” says Dr. Drescher. “If you put aspirin next to heparin or enoxaparin, surgeons may prefer aspirin because it can cause less bleeding. But internists may be more focused on DVT risk and prefer anticoagulants.”

That debate was the impetus behind a meta-analysis that Dr. Drescher and his colleagues published in the September issue of the Journal of Hospital Medicine. Pooling data from eight randomized trials with more than 1,400 participants, he and his team found that aspirin delivered a better bleeding-risk profile than anticoagulation in hip fracture repair. After arthroplasty, however, the trend in bleeding risk that favored aspirin over anticoagulants was nonsignificant.

As for VTE prevention, the research indicated a nonsignificant trend in favor of anticoagulants following hip fracture surgery, but not for knee or hip replacement. However, Dr. Drescher chalks up that “nonsignificant trend” to the small sample size among all eight trials.

“The sample was still relatively small to depict differences, but the differences we found in hip fracture repair were very concerning,” says Dr. Drescher.

“The differences are so substantial that they really warrant a bigger study or confirmation.” The meta-analysis found a 60% increased risk of DVT with aspirin among hip-repair patients. As he and his co-authors wrote, that difference among a bigger sample “could reasonably reflect up to 3-fold differences in DVT risk and 5-fold differences in PE rates.”

Dr. Drescher spoke to Today’s Hospitalist about the study results.

Your analysis looked at both risks and benefits of prophylaxis in two types of common lower-extremity surgeries. Do doctors lump those two types of surgeries together in their minds when they’re considering VTE prophylaxis?

Physicians certainly should think differently about risk between hip repair and elective joint replacement because hip-fracture patients are so different. They’re older and they have injury and trauma, so they have a different risk profile.

But in terms of basic recommendations in guidelines, there really isn’t much of a difference or it has not been addressed. The two sets of guidelines out there “from the American College of Chest Physicians and the American Academy of Orthopaedic Surgeons (AAOS) “both now say there’s no evidence that aspirin is worse or better than anticoagulants for prophylaxis. So why should we not use it in all these patients?

That’s what prompted us to look at the evidence and, surprisingly, there isn’t a lot of literature comparing aspirin to anticoagulants. I think our analysis raises a lot of questions that are enough to either consider further research or even revise the guidelines somewhat. At the very least, guidelines should be very careful in how they frame any recommendations for using aspirin, particularly in hip-fracture patients.

What do you do for these patients in your own practice?
I usually would not use aspirin perioperatively, but risk assessment goes both ways in terms of prevention and bleeding. So for patients who may have had a recent GI bleed or other type of bleeding risk, I might switch them to aspirin in addition to using mechanical compression devices, as the AAOS guidelines suggest. Similarly, if I observed a patient with a big hematoma or a wound drain collecting more blood than expected, I may switch that person to aspirin. You have to tailor your decision to individual VTE and bleeding risk.

Then there’s the whole issue of what prophylaxis patients should go home on, which is not within the scope of my current clinical practice. But a recent study in the June 4, 2013, issue of Annals of Internal Medicine looked at a hybrid prophylactic strategy in hip-replacement patients.

Your analysis included some studies that are more than 10 years old. But surgical techniques and current practices have changed, with early mobilization and pneumatic compression devices. Do newer practices benefit any of these drug classes?

If early mobilization and compression devices are already very good at preventing thrombotic events, maybe the choice of pharmacological agent doesn’t make that much of a difference anymore in the end. That may also be an important question for a larger randomized study.

For such a study, however, you would first have to clearly define relevant outcomes. All the studies in our analysis, for instance, screened patients for DVT and PE. But in clinical practice, we usually don’t screen for clots because we would find a lot of disease that does not cause symptoms and would not be clinically relevant.

For a study, you’d have to define what’s a clinically relevant outcome in terms of both clots and bleeding risk. For example, would you define a clinically significant bleed as one blood transfusion, three blood transfusions or the need for surgical hematoma evacuation? While our study didn’t provide any final answers, it at least points to relevant outcomes that a larger study would need to further define.

Do you think larger trials are going to happen?
One problem is that aspirin is a very cheap drug. That’s good in terms of health care costs, but it means there’s very little incentive for a pharmaceutical company to sponsor a trial costing millions of dollars. Researchers probably would have to rely on a trial funded by the National Institutes of Health, and it’s a good question whether this should be of interest to the NIH.

We have very good studies on heparin-based drugs and warfarin for DVT prevention. In addition, new oral anticoagulants like the Xa inhibitors are approved for VTE prophylaxis after elective knee and hip arthroplasty.

And then, of course, there is aspirin. We don’t have comprehensive head-to-head trials for all of these agents to clearly determine which works the best, and that leaves us having to pick among them.

This decision ends up being based on our best clinical judgment, so it’s not surprising that individual centers and providers end up having different preferences.