Editor’s note: This is the second in a series of articles on how one hospitalist program successfully launched unit-based care. The full series covers four themes:

IN LAST MONTH’S ARTICLE, I discussed the process we used to conclude that unit-based care with multidisciplinary rounding could solve our throughput issues at Presbyterian Hospital in Albuquerque, N.M. But getting the model off the ground was no easy sell. Instead, we ran into some real initial resistance from hospitalists, nurses and administration.

Each hospitalist rounding team at that point had 20 patient encounters per day. Our goal was to have four hospitalist/care-manager teams cover the telemetry and non-telemetry floors, with 52 beds combined. We planned to give each team a starting census at full capacity of 13 and expected each rounding hospitalist to perform up to two admissions per day, for an average of 15 daily patient encounters. So we needed additional FTEs and another rounding team to lower our daily census “a tough proposition in the financial environment that most programs are in. In fact, our group was being asked to cut FTEs to be more “financially productive.”

Here is the argument we made to the administration: The hospital did not have a hospitalist productivity issue, but a throughput issue. Trying to squeeze more productivity from the hospitalists might yield hundreds of thousands of dollars in short-term revenue.

But by improving throughput, the hospital could potentially add millions of dollars to the hospital’s contribution margin and solve a host of patient flow problems. We also pointed to the secondary benefits of improving hospitalist job satisfaction by reducing daily encounters and, thereby, turnover.

Reduced average LOS
Our team talked at length with management and the finance department, and we wrote a business proposal laying out our financial modeling. This is a critical step for hospitalist medical directors or those heading up quality initiatives: translating your project finances to get executive buy-in. You must be able to justify the return on upfront investment in a language the finance department understands.

For the first unit base, the finance department created a financial model based on how reducing average LOS (aLOS) in the telemetry and non-telemetry unit would add to the contribution margin. This was a complex formula because with certain commercial insurers, reducing aLOS would actually decrease that margin, depending on the hospital’s payer mix.

However, with the new move toward accountable care organizations and the rebirth of capitation even among commercial payers, we believe that reducing aLOS trumps all other considerations.

Physician pushback
The second hurdle we faced was the hospitalists themselves. They were suffering from an acute case of quality initiative fatigue.

To them, unit-based care was one more poorly designed, financially motivated project that would add work to already stressed-out frontline staff. Several hospitalists let me know that they saw the project as nothing more than a certain farm animal’s byproduct!

We acknowledged that while unit-based care with multidisciplinary rounding was not new, we planned to emphasize throughput and communication, not pathology or disease processes as in academic settings. With firm leadership and the understanding that we were asking hospitalists to change their set way of practicing medicine, we identified an initial core group who realized that unit-based care would benefit them individually.

And that’s what we stressed to that group: individual benefits. We did not ask physicians to modify their medical treatment, discharge sooner or “communicate better.” Instead, we focused on their being able to reduce their daily census, work with only one care manager and save time throughout the day by participating in morning multidisciplinary rounds.

Perverse discharge incentives
We had also realized that census management involving caps on floors adversely affected hospitalist behavior in terms of discharges. And we knew that putting caps in place would punish those hospitalists who do discharges most efficiently.

To remove perverse incentives to not discharge, we did not attempt to “level load” the daily census of each rounding team, so we decided that we would not try to make each team’s census equal at all times. Instead, we employed an “equal distribution” model, so each team would get the same amount of new patients independent of their starting census.

We put neither ceilings nor floors on rounding census, so doctors’ daily census would depend on how many patients they discharged the previous day plus the equal distribution of all unit admissions from swing shifts and overnight among the four teams. Hospitalists were initially afraid that this would produce huge census disparities among teams, but this has not been the case.

Instead, the system motivates hospitalists to appropriately discharge their patients; if they don’t discharge while they continue to take their equal share of admissions, doctors will just keep seeing their census go up and up. The system is transparent, so no issues of inequality crop up.

I believe that without an equal distribution system with sufficient beds to start with, a unit-based model will not improve aLOS. In fact, with caps and limited beds to start, you may actually see an increase in your aLOS!

Nursing benefits
The third hurdle was nursing. Whiteboard multidisciplinary rounds would take place at 9 a.m., nurses’ busiest time. And with four teams on each floor and each team given 10 minutes to go over their patients, this would require at least 40 minutes of nursing time. For most nurses, this was a deal-breaker.

Of course, it helped to have the nursing director as part of our unit-based Lean Six Sigma team. The director was able to educate the nursing staff by, again, stressing the model’s benefits for them. We emphasized enhanced physician availability and the ability to better prioritize work in the beginning of the day by communicating directly with physicians about treatment and discharge plans.

It took us a few months to lay the political and financial foundation we needed to start our first unit base. In my next article, I will discuss the fruits of all our hard labor and how those affected throughput and our institutional culture. 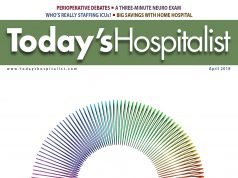 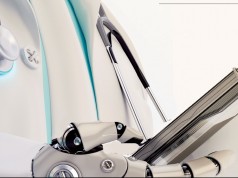 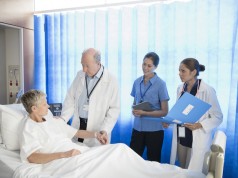