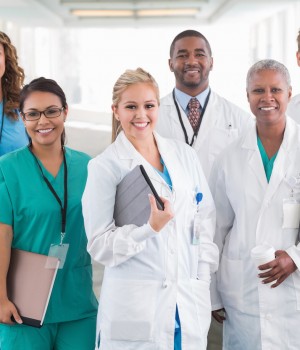 So, we are tackling health care reform again. Or are we?

Recently, I participated in a teleconference hosted by a few White House staff members who are involved in this latest attempt to reform America’s health care system. While the discussion raised a number of important points and clarified a few misconceptions, this rather bold endeavor is still a far cry from the health care reform we need.

Thus far the entire discourse has been overwhelmed by a debate over how to pay for our health care. The larger yet somewhat ignored argument, however, is this question: Is health care in America a right or a privilege?

My colleague Erik DeLue, MD, raised this in a blog posting a few weeks ago. Well Erik, I agree. Like elementary education, health care should be a right and not a privilege reserved for some, leaving millions of Americans out in the cold.

As a practicing hospitalist, I provide inpatient care for uninsured and underinsured patients every day. Just to clarify: underinsured refers to individuals whose health insurance barely covers their basic medical needs. Often, these are among the working poor who are left with the unenviable decision between basic needs and their health.

At the time of discharge, these uninsured and underinsured patients face one of their most feared tasks: finding a primary care physician to continue their care in the outpatient setting. Invariably, it is next to impossible to find a primary care physician who is willing to accept patients with medical assistance, for example. All hospitals in the U.S. have an obligation to care for the sick who need hospitalization. Post discharge, after spending tens of thousands of dollars, we have yet to solve the transition of care.

In our “non-universal” health care society, health insurance provides the only true access to health care. The media has spent many hours with pundits and experts deliberating about the U.S. health care system and debating the actual number of America’s uninsured.

Let’s review some of the numbers. According to the U.S. Census Bureau, about 15% or approximately 46 million Americans are uninsured. Some analysts predict that this number will rise in the face of our current economic crisis.

Health insurance is offered by either private companies–which accounts for about 67% of the insured population–or the government , which covers about 29% via Medicare, Medicaid, military, SCHIP and individual state health plans. Most private health insurance (59%) is obtained through employers, but this figure has decreased significantly the past year. While the actual number as per the Census Bureau might be in question, we all know that a large portion of our citizens don’t have access to health care.

The main word is access. Based on forecasts of America’s financial future, we can no longer ignore the fact that we spend about 16% of our GDP on health care and still have a good portion of our residents marginalized without access or having only limited access to health care.

The plain truth is this: The very group of bureaucrats and politicians who have debated this issue for 70 years is again making every effort to miss a golden opportunity. We are totally bogged down in discussions of reimbursement and insurance while entire segments of our population suffer and die, sometimes unnecessarily. Real health care reform has to be bolder, more innovative and yes, all inclusive. It must involve holding citizens accountable for their actions but must simultaneously balance the need for government involvement within our “not so free” market economy.

As the medical community, we need to be more forceful in making healthy choices a key component of the dialogue. And it is encouraging to see physicians getting more involved in the debate.

President Obama was correct in his address to physicians earlier this month, “You are the people who know this system best. You are the experts. . . . if you’re willing to speak out strongly on behalf of the things you care about and what you see each and every day as you’re serving patients all across the country, I’m confident we are going to get health reform passed this year.”

Doctors must continue to help, more now than ever, to find solutions to the multitude of issues that plague our field and our nation’s health care system. How should we incentivize good behavior and discourage bad ones? Smoking cessation, weight loss, compliance with recommended screening all must be among the current discourse.

That said, I must concede that access to health care is more urgent than even the challenging issues of lifestyle and behavior modification. The debate about actionable items that will result in behavioral change is our task over the next several years, maybe decades. But the conversation about access to affordable and good health care being a right vs. a privilege demands the podium right now. Yes, the broader issues must be addressed simultaneously but we need to recognize that without access, nothing else matters.

The public option that has been dissected in the media is a reasonable compromise, but certainly not the answer. The argument for allowing the health insurance industry to continue to self-regulate and to eventually develop ways to increase access simply borders on insanity. Sometimes, when faced with very complex issues (such as health care in the U.S.), we are compelled to start at the conclusion and work backwards. All Americans deserve the right to good health care. Let’s start there and get it done.