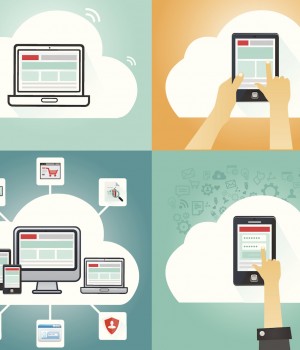 WITH A ROSTER OF NINE PEDIATRIC HOSPITALISTS and 20 subspecialists, Swedish Pediatrics “which practices at Swedish Medical Center in Seattle “has a tall order: It needs to market itself to both physicians and patients as a great alternative to Seattle Children’s Hospital, a pediatric powerhouse across town that has a deservedly great reputation.

But the physicians with Swedish Pediatrics also have to get the biggest marketing bang for very few bucks. To reach out to referring doctors, “We’re going out and talking to them, providing lectures and really excellent service,” says pediatric hospitalist Susanna Block, MD, MPH.

But to connect with young parents and even younger patients, the Swedish group has decided to go all in with social media.

“We are trying to stay away from printing fancy brochures,” says Dr. Block, who spearheads her group’s social media participation. “But we have printed out cards that tell patients how to find us on Facebook.”

Across the country, hospitals and hospitalist groups are giving social media a spin. While some are only sticking a tentative toe in the interactive waters, others “like the physicians and administrators at Swedish Medical Center “are diving right in.

“New parents often use only online sources for information,” Dr. Block points out. “Everybody’s on Facebook, so a good Web site and a Facebook page are essential. Our patients are much more savvy about social media than our physicians.”

DIY marketing
The Web page for Swedish Pediatrics isn’t even a year old, and the group’s Facebook page was launched only months ago. But both are getting attention from patients and physicians.

The Web page now includes video bios for group members, as well as two-minute videos on topics like pertussis and the flu. (The group also posts all its videos to YouTube.)

The Facebook page, meanwhile, is a way to announce new physicians and clinic openings. And throughout the week, group members post links to articles and resources that can be of use to parents. (The page is online at www.facebook.com/SwedishPediatrics)

“Part of what we’re doing to build our practices is participating in children’s events around Seattle,” Dr. Block says. “We can use our Facebook page and Web site to announce those.”

While the group has used professionals for some of its videos, most of the scripting and production is done on the fly by the physicians themselves. Dr. Block is often the one who, between patients, finds a quiet corner with good light and mans a Flip camera to tape a colleague.

She also checks the group’s Facebook page once a day, responding to questions or comments.

A member of the hospital’s marketing team spends part of her time helping the group keep the sites updated, but for the most part, it’s something that Dr. Block and those of her colleagues interested in a Web presence do on their own. They eventually plan to expand the sites and video selections to involve nursing staff and child-life teams, which help patients and families cope with acute and chronic illness.

A group effort
Dr. Block says she’s aiming to keep the tone of the group’s Web sites fun. While the group’s page is part of the larger Swedish Web site, Dr. Block notes that the pediatric group is slowly making its own pages more interactive. She also makes sure that any links posted are geared to consumers and don’t send readers to dry medical studies.

To help get doctors up to speed, the group participated in two social media bootcamps. While several group members were strong believers in social media, others were skeptics.

“Many people,” Dr. Block points out, “think Facebook is just for kids.” Some come around when they see how useful it can be to videotape themselves doing a common procedure because it helps parents prepare children for a hospital visit.

In the meantime, group members are shying away from using social media individually.

“We’re building our practice and think we’ll do better with strength in numbers,” Dr. Block explains. They also, at least for now, don’t want to veer into areas where patient privacy could become a concern. Eventually, says Dr. Block, some physicians in the group might move to maintain a group or personal Twitter feed as a communication tool, but “that hasn’t happened yet.”

A team, not an army
However, other physicians at Swedish have already jumped on the Twitter bandwagon “as has the hospital’s CEO, thanks in part to Dana Lewis, Swedish’s newly hired interactive marketing specialist. While hundreds of hospitals maintain some form of social media presence, Ms. Lewis says that many of those efforts are championed by someone working only part-time on interactive media in a hospital’s marketing or IT department.

“To my knowledge,” Ms. Lewis notes, “there are still very few people in the country at hospitals who focus a majority of their time on social and interactive media.” She spends as much as 75% of her time working with the center’s physicians “either in groups or individually ” to get them engaged and to maximize their Internet presence. Eventually, this may include some physicians who communicate (“very carefully,” Ms. Lewis says) with patients on Twitter and via Facebook.

The key to any interactive conversation is “to anonymize who the patient may be and remove any identifiers, even going beyond HIPAA,” Ms. Lewis says. “If physicians talk more about the science or what they took away from a case rather than a specific patient scenario, that can be successful.”

Physicians at the center are also using individual Twitter and Facebook accounts “as a peer-to-peer relationship builder,” Ms. Lewis states, and to provide general patient information and education. She offers lunch-and-learn sessions on social media as well as individual seminars for physicians, from beginner through master levels.

With so many patients turning to the Web for clinical information, she adds, “Physicians can really set themselves apart by pointing patients to good online resources and helping curate information.”

And doctors should at least be willing to learn how patients are using social media, even if they don’t use it themselves, Ms. Lewis says. Fortunately, groups that want a robust social media presence don’t need to get every physician in a program on board.

“We’re not trying to build an army,” says Ms. Lewis, “but we’re cultivating a great team of people across the organization who really get social media.”