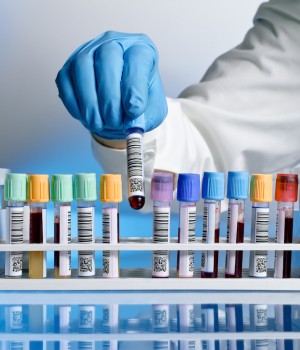 WHILE THE PHYSICIANS AT CLEVELAND CLINIC have long used CPOE, several of them realized that the system was missing one critical component: the ability to flag orders for unnecessary duplicate lab tests.

Because of duplicate tests, the physicians reasoned, patients at the medical center were being over-phlebotomized. That was bad for patient satisfaction scores and bad for the hospital’s bottom line.

The solution? Have the clinic’s IT department work with its EHR vendor to build a CPOE program that could recognize “and stop “orders for lab tests that shouldn’t be performed more than once a day.

Now, when doctors try to order a duplicate test, they run into an electronic hard stop, and they can’t place the order. When physicians run up against that hard stop in the CPOE system, they are shown the most recent results of that particular test, so they’re not left empty-handed.

The initiative first focused on a dozen tests, but the list of lab tests that shouldn’t be ordered more than once per day quickly mushroomed to nearly 1,300, explains Gary W. Procop, MD, MS, medical director of enterprise test utilization at Cleveland Clinic, who helped lead the project. Amazingly, the doctors at the center have asked to have only a handful of tests removed from that list so they can order a duplicate, and initiative leaders have happily obliged.

“We’re very open to feedback,” says Dr. Procop. “This is about fixing problems in the system.”

Fixing a system flaw
The initiative at Cleveland Clinic started in 2011 as a project to cut down on excess phlebotomies. Not only are such phlebotomies a big patient dissatisfier, Dr. Procop explains, but they can cause iatrogenic anemia, leading to poor wound healing and higher infection rates.

He and his colleagues working on the initiative realized that excess phlebotomies were due to unnecessary duplicate orders. Part of the problem is how easy it is to order tests via CPOE.

But doctors’ time “or the lack of it “was also an issue. “Doctors are so busy that when they determine what needs to be ordered, they order it,” he points out. “The IT people will say that doctors can find out what’s already been ordered ‘if they just click here, here and here.’ But for the busy doctor on the floor, that’s three clicks too many.”

Nor is it the job of busy lab technicians or phlebotomists to figure out which labs are duplicates. Instead, that determination should be built into the ordering process.

“This is a systems flaw,” Dr. Procop notes. “No doctor wants to order unnecessary duplicates, but the system we built didn’t allow physicians to know that.”

Moving to hard stops
To find a solution, the Cleveland Clinic’s IT department started working with Epic, its EHR vendor. In its first iteration, the fix was only a same-day alert popup, which Dr. Procop calls a “soft stop.” But doctors would ignore that alert.

That’s when project leaders moved to a hard stop. The process began with the entire medical staff vetting an initial list of a dozen tests.

“There was no pushback,” Dr. Procop notes, “but physicians made me build a workaround into the system.” Doctors who still want to order a duplicate test, for example, can call laboratory client services and explain what test they want and why.

“They have to do something active to get it,” he points out. “If you make people go those few extra steps, many will live without the duplicate.”

Dr. Procop and his team then vetted the entire lab menu, putting hard stops in on duplicates for more than 1,200 tests.

As of December 2013, the hard-stop system prevented more than 18,000 duplicate tests totaling nearly $300,000 in savings in lab costs. (Results for 2011-12 were published in the May issue of the American Journal of Clinical Pathology.) Doctors have exercised the workaround to order a duplicate for only 3% of their orders.

Dr. Procop notes that the work that the medical center put into its EHR is not proprietary. “If you’re an Epic user,” Dr. Procop adds, “you should be able to work with the company to duplicate our program.”

Other order restrictions
According to Dr. Procop, one key to the initiative’s success was teambuilding with the IT department. “You have to convince hospital leaders and administrators that this needs to be in the IT department’s queue,” he says.

Another hurdle was persuading clinical colleagues of the project’s importance. “This was particularly challenging because all these tests are really low cost,” he explains. “If you went after only a few of these tests, people would say, ‘We’re losing only pennies on these, so what?’ ” The solution, he adds, is delivering cumulative data and savings.

But Cleveland Clinic has saved even more money by building on its original hard-stop initiative. In November 2011, for instance, the clinic began restricting who can order complex molecular genetic tests, giving deemed status to only those physicians who use these tests routinely in their practice.

When other doctors “including hospitalists “want to order such tests, they have to first consult with (and have their order approved by) a physician who is allowed to place such an order. In two years, that initiative has saved more than $700,000.

Relying on a genetics counselor and a molecular genetic pathologist in the lab to advise even clinicians with deemed status on what genetic tests to order has averted more than 260 unnecessary orders for additional savings of more than $820,000. And when it comes to tests that cost more than $1,000, the CPOE system now notifies physicians about those costs during the ordering process. Over nine months in 2013, such notifications changed the minds of ordering physicians and saved the clinic more than $90,000.

The hard-stop initiative is also being expanded to extend the time in which specific tests can’t be ordered. Because there is no value to repeating a C. diff PCR test within seven days of a positive result, for instance, the CPOE system will extend the hard stop for such an order for seven days.

A regional rollout
While the same-day initiative has averted more than 90% of duplicate orders at the main campus, the rollout to Cleveland Clinic’s regional hospitals hasn’t been quite as successful. In the regional rollout, Dr. Procop notes, only soft-stop alerts are being used.

“In our regional hospitals, half the practitioners are private practice doctors,” he says. Even though CPOE is in place, many of these doctors might still write orders and hand them to a unit clerk. “We don’t want a clerk or nurse to be stuck in the middle between the doctor and the hard stop.”

Another obstacle: The workaround process that’s in place at the main campus isn’t set up for the regional hospitals “yet.

“We are probably going to have to expand that capability because the smart alerts are nowhere near as effective as the hard stops,” Dr. Procop says. In the regional hospitals, the soft-stop system has cut duplicate orders by slightly more than 50%.

Still, says Dr. Procop, “if you’re a glass-half-full kind of person, the smart alert is better than nothing.”