A 12-year-old falls from a tree and ends up with an open fracture of his left ankle, a right wrist fracture and multiple abrasions. He is getting 3 mg morphine every four hours but is complaining of waves of pain. Why isn’t his pain treatment working?

There are actually several reasons, according to William T. Zempsky, MD, associate director of the pain relief program at Connecticut Children’s Medical Center in Hartford. For one, morphine should be administered every two to three hours, not four. Plus, the patient is not on an anti-inflammatory.

But perhaps most importantly, the patient is not getting patient-controlled analgesia (PCA), even though he is surely old enough.

Fixing any and all of these oversights isn’t necessarily difficult, Dr. Zempsky said during an American Academy of Pediatrics meeting in Salt Lake City this past summer.

“Oftentimes in patient pain management,” he pointed out, “you can look really smart just by doing a few simple things.”

But the fact remains that pediatric patients often have poorly managed pain. According to Dr. Zempsky, that makes pain management a great opportunity for pediatric hospitalists to get involved and take charge.

Chronic undertreatment
Many children’s hospitals or units have no formal pain service. And while nurses now do a good job of assessing pain, which has gotten a strong push from the Joint Commission, “assessing pain doesn’t always get you to the next step, which is treating pain,” Dr. Zempsky said.

Plus, good pain management is hobbled by the fact that physicians and nurses alike are often reluctant to give children the amount of pain medication they really need.

In a recent survey, he pointed out, one-fifth of pediatric inpatients were in significant pain that was not related to diagnosis. “Children were often offered less medication than was prescribed,” he explained. “Even though it was prescribed, it wasn’t given.”

Switching opiates
For the 12-year-old patient, Dr. Zempsky said that the obvious solution is opiates, which are appropriate for any patient in moderate to severe pain.

Opioids have no ceiling effect, he added, “so you can continue to give more and more.” Be prepared, however, to field concerns from nurses and residents about how much morphine young patients may be taking. “I often tell them, ‘Rarely do patients stop breathing when they’re still screaming in pain.’ ”

Patients can suffer side effects from morphine, such as itchiness, nausea, vomiting, hallucinations and dysphoria. In such cases, Dr. Zempsky said, he switches opioids, which often has the side benefit of relieving colleagues’ concerns about too much morphine. Switching a patient to hydromorphone (Dilaudid), for instance, makes it look like he’s giving less of a drug because 1 mg of morphine equals 0.2 mg of Dilaudid.

When switching doesn’t work, other tactics include using Benadryl (to treat pruritis) or opiate antagonists such as low-dose naloxone or nalbuphine hydrochloride (Nubain). Alvimopan (Entereg), which has been studied only in adults, has been shown to decrease opiate side effects and one day may be a good option for children, Dr. Zempsky said.

PCA is a good choice for patients experiencing short to moderate duration of pain for up to a week. Small, repeated self-administered doses keep patients at a comfortable drug level. Intermittent bolus medication, on the other hand, can lead to either undertreatment or oversedation.

But keep in mind that if the patient isn’t comfortable before getting PCA, it won’t be effective. Dr. Zempsky recommended starting with a significant loading dose, then adding continuous PCA. While continuous infusion and a bolus infusion work best for children with a lot of pain, he said that the combination may not work for patients whose pain will get better relatively quickly. Post-appendectomy patients, for instance, can receive bolus only.

He uses morphine or hydromorphone when delivering PCA. Fentanyl is short-acting and doesn’t go far in a PCA form, he pointed out, although it can be useful for patients in renal failure who can’t take morphine and who have too many side effects from hydromorphone.

Proxy PCA
Depending on the setting and the parent, proxy control analgesic “an often controversial area “can be a good choice, Dr. Zempsky noted. The key to success is to have a well-trained parent.

“You don’t want parents pushing the button because their child rolls over and moans a little bit,” he said. Connecticut Children’s also uses some nurse-controlled analgesia, particularly in its ICU.

While pumps can vary, Dr. Zempsky recommended a six-minute lockout period for patients, whether PCA is being self-administered or by proxy. He also encouraged everyone to set the maximum level high so there isn’t a chance that patients will hit the button and not get relief.

What if the PCA is not working well? One option is to set patients at guideline doses: 0.03 mg/kg per hour or morphine with a 0.03 mg/kg bolus. For patients = not getting relief, it’s critical to increase the bolus by 10% to 20%, increase the continuous infusion by 20% to 40%, shorten the interval and make sure the patient isn’t reaching a four-hour maximum.

Also consider other factors such as anxiety or a spasm, especially in a post-op orthopedic patient. When patients still aren’t uncomfortable, you need to take them off the pump and restart.

Oral opiates
A good way to transition from PCA to oral is to use an around-the-clock oral opiate for moderate pain, rather than just going to PRN.

For patients who are likely not to have pain for long, Dr. Zempsky uses oxycodone. For those on opiates longer, he uses a long-acting medication like oxycodone HCl controlled-release (OxyContin) or morphine sulfate (MS Contin).

Non-combination medications, such as oxycodone and oral morphines, Dr. Zempsky explained, work better when larger doses are required because they sidestep issues of acetaminophen toxicity.

Another choice is tramadol (Ultram), which can work as well as oxycodone for some patients. Keep in mind, however, that tramadol can lead to serotonin-like syndrome when used along with SSRIs.

As with other opiates, you will need to taper patients off the drug if it is used between seven and 10 days around the clock. Also consider methadone in combination with other agents to treat neuropathic pain or for children in a lot of pain.

Codeine is not a good choice, Dr. Zempsky said, because it’s a weak opiate with too many side effects, especially nausea. Moreover, some populations, especially African-American and Asian, don’t metabolize codeine.

Another issue to consider: Neighborhood pharmacies can’t always provide liquid opiates. To be safe, have either a resident or parent call to find a pharmacy that can supply a liquid drug.

In addition to controlled-release opiates, Dr. Zempsky said, give patients with severe pain a breakthrough or PRN drug such as nonsteroidal anti-inflammatory drugs (NSAIDs), except for postoperative neurosurgical patients. Another option is a Fentanyl patch.

One attendee from a major trauma referral center noted that orthopedists there resist using NSAIDs because they feel the drugs can interfere with long bone healing.

"That has not been shown in the literature,” Dr. Zempsky said. Instead, he told the audience to share articles that support NSAID use and that may ultimately change surgeons’ minds.

Look to adjunctive therapies
Anxiety is one of the most under-managed issues in chronic and postoperative pain, Dr. Zempsky said. While opiates have some effect on anxiety, putting children with anxiety on a low dose of lorazepam (Ativan) or diazepam (Valium) “0.5 or 1 mg on top of the opiate “around the clock will do a better job, he said.

For sleep, Dr. Zempsky uses a benzodiazepine or zolpidem tartrate extended-release (Ambien). He avoids Benadryl, which he said doesn’t provide a natural sleep. For other patients, trazodone may be a better choice because it’s an SSRI.

Finally, Dr. Zempsky cautioned doctors to layer drugs gradually to get a sense of what is and isn’t working. “That’s the hospitalist mantra,” he said. “Pain management is no different.”

Paula S. Katz is a freelance writer in Vernon Hills, Ill., who specializes in health care. 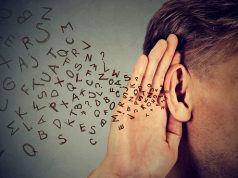 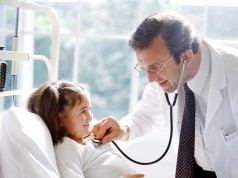 Too much free water?