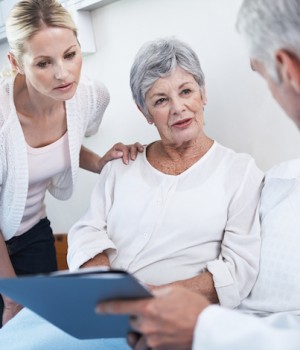 IF YOU’RE UNCOMFORTABLE ASKING new patients about their code-status preferences, recent research on the topic may offer some good news. According to a multicenter analysis, patients may not find these conversations inappropriate or intrusive.

Hospitalist researchers from the University of California, San Francisco (UCSF) and six other academic institutions measured satisfaction rates of more than 10,000 patients who had been hospitalized. Surveys of those patients found that code-status discussions had no negative effect on patients’ perceptions of their care or their communications with treating physicians.

“It is reassuring to me as a practicing hospitalist and palliative care doctor that patient or family satisfaction won’t be negatively affected by my addressing code status,” says lead author Wendy G. Anderson, MD, an assistant professor in the UCSF division of hospital medicine and palliative care program. “Hospitalists understandably worry about discussing the topic with someone they’re meeting for the first time. That’s why we wanted to do the study.”

No impact on patient satisfaction
In the observational study, which was published online by the American Journal of Hospice and Palliative Medicine, researchers measured patients’ satisfaction with their care 30 days after discharge. They found that a code-status discussion was documented within 24 hours of admission for 9.3% of the patients surveyed; for the other 90.7%, no such discussion was documented.

Researchers found that 95% of all the patients (or surrogate decision-makers) surveyed trusted and had confidence in their treating physicians.

Patient satisfaction was the same whether or not a discussion about end-of-life care preferences took place, Dr. Anderson says, even when severity of illness was taken into account. The vast majority of patients “92% “were either extremely or somewhat satisfied with care.

And only between 3% and 4% of respondents reported extreme dissatisfaction with their care, a rate that likewise didn’t change based on whether or not patients had a documented code-status discussion. In fact, Dr. Anderson explains, “If you never bring up code status, patients may think that you’re either not interested or not able to talk about it.” She adds that many studies “done in the oncology setting, in particular “find that most patients expect physicians to bring up EOL-care issues.

The findings, Dr. Anderson notes, give hospitalists further reason to consider initiating end-of-life care discussions more routinely. Recent studies have found, for example, that when hospitalized patients with cancer and other serious illnesses are offered an opportunity to talk about EOL issues, their quality of care improves because the number of mismatches between what patients want and the care they receive at the end of life is reduced.

Dr. Anderson cautions, however, that the study didn’t assess family member satisfaction with the care of patients who died in the hospital; that analysis might have yielded worthwhile data about how code-status discussions (or their lack) are perceived. In addition, because the study looked only at discussions that occurred within 24 hours of admission, later talks “might have been considerably more detailed or emotionally charged,” Dr. Anderson notes.

Patients more free to talk?
The study’s bad news “the low number of code-status discussions being documented “underscore a problem borne out by other research: Physicians aren’t trained to conduct discussions on sensitive topics like EOL-care preferences. Dr. Anderson says that lack of training may be a key reason why physicians seem reluctant to initiate such discussions.

Because studies show that patients often feel their end-of-life wishes aren’t sufficiently addressed, Dr. Anderson notes that the medical community, hospitalists included, have a long way to go when it comes to end-of-life care discussions.

“The fact that these discussions don’t negatively affect satisfaction says to me that there may be a very big opportunity for hospitalists, through communication with seriously ill patients,” she explains. “We can really improve patients’ quality of life by matching their goals to the type of treatment they receive.”

Studies looking at how primary care physicians discuss end-of-life care wishes, for example, indicate that most patients appreciate the opportunity to talk about such sensitive issues.

Even more intriguing, other studies have shown that some patients actually prefer talking about end-of-life care with physicians they don’t know well. Still other research finds that primary care physicians who have the benefit of longstanding relationships with patients often fare poorly when it comes to predicting life expectancy. The better physicians know a patient, the worse those doctors are at estimating prognosis.

“We don’t completely understand why that is,” Dr. Anderson says. “Perhaps not having an established relationship with a doctor allows patients to feel more free to talk. It’s something that we need more research on.”

When to call palliative care
At the very least, Dr. Anderson notes, hospitalists should broach the subject if patients haven’t documented their wishes regarding code-status treatment. They should also be ready to bring in the troops “palliative care physicians, hospice and social workers “when patients say they’re ready to look at the bigger picture.

At the same time, she says, up to one-half of the patients that hospitalists treat have serious illness. That makes becoming comfortable with palliative care principles and techniques part of hospitalists’ evolving role.

“I see an analogy between palliative care and other specialties such as cardiology,” says Dr. Anderson. “Hospitalists provide a great deal of cardiac care and call in a cardiologist only when a much higher level of specialized care is needed.” By the same token, she adds, “Hospitalists do “or should be doing “palliative care, and calling in palliative care specialists only for very complicated or difficult discussions.”

Looking to the future, Dr. Anderson says she and her co-researchers think that having a follow-up survey nearer admission, instead of 30 days after discharge, might yield more helpful data. “We’re interested in getting more immediate feedback from patients on how they feel about code-status discussions,” she explains. Other research now being planned will look at what types of end-of-life conversations patients prefer to have with hospitalists vs. with a primary care physician or subspecialist.

And Dr. Anderson says that future research should try to provide physicians with benchmarks on how to conduct these conversations. Research, for example, could look at the ideal content for these discussions and their ideal length.