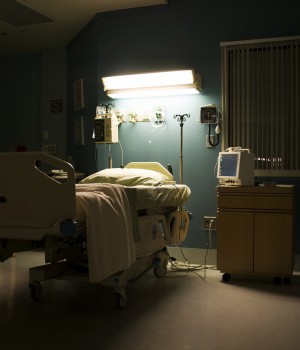 MANOJ K. MATHEW, MD, a hospitalist who is co-founder and medical director for ACE Medical Associates, can point to many reasons why the number of floor calls in the evening and at night at his hospital has gone through the roof.

Just like in other hospitals, patients are sicker and ED volumes are up. Family members come to visit after work right as nurses are changing shifts. And the hospital where the private hospitalist group practices “Providence Holy Cross Medical Center in Los Angeles “has Magnet designation for nursing.

“That attracts a lot of new graduates who are good but not that experienced yet,” Dr. Mathew says. “Many of them are hired for the evening and night shifts.”

But according to Dr. Mathew, one big culprit behind the spiking number of floor calls is the medical center’s relatively new EMR. Not only does the system spit out alerts that nurses feel they must respond to, but policy changes put in place along with the electronic system have introduced some major workflow challenges.

“We used to be able to give nurses verbal orders over the phone,” he explains. But since the EMR went live a year and a half ago, “the new policy is that physicians have to put orders in themselves.” That means that every time a nurse calls from the floor, a physician on the swing or night shift who’s being slammed in the ED may have to log in, find a chart, put in orders and log out.

“So fielding those calls,” says Dr. Mathew, “has become a lot more time-consuming.”

The group decided on a solution a year ago: paying doctors to take pager call. Between 7 p.m. and midnight, hospitalists taking pager call don’t have to be on-site, but they do need to have access to a computer so they can log on to the hospital’s EMR and review charts and enter orders.

If doctors are paged about an issue that requires a face-to-face interaction, they contact a colleague onsite. On the program’s busiest night, the doctor taking pager call fielded 61 calls. But on average, says Dr. Mathew, doctors can expect to take between 25 and 30 calls over five hours.

Tightening protocols
In an effort to tamp down the number of after-hour calls from the floor, Dr. Mathew said the group has tightened up many of its day-time practices and protocols.

“We made sure that doctors were more mindful of writing contingency-based PRN orders,” he says. Hospital committees have also refined electronic order sets to incorporate PRN orders and reset parameters for lab draws or for correcting electrolytes.

They further changed order sets and expectations to make sure that instead of having to call doctors with any results, nurses call with only specific results. “Hospitals can play a significant role,” Dr. Mathew points out, “by educating nurses, changing workflows, and setting abnormal vs. critical lab parameters.”

But even with such changes, the number of floor calls can be overwhelming. Nonetheless, the hospitalists taking pager call volunteer to do so, and Dr. Mathew points out that it’s a popular shift. He notes that most of ACE’s 15 core physicians and moonlighters rotate through at least two nights a month. They appreciate the benefits of not being distracted by floor calls when they’re admitting patients on the swing or night shift.

Some doctors, Dr. Mathew says, want extra pager call shifts while they’re working their eight-day blocks. “Because they’re already rounding, a percentage of calls will be about their own patients or patients they’re familiar with from daily interdisciplinary team meetings,” he explains. “That actually makes it easier for them to understand the situation quickly and respond with more insight, which is ideal.”

Dr. Mathew points out that hospitalist groups can try to manage floor calls by asking nurses to batch calls or have paging systems sort them into urgent vs. nonurgent, with callbacks expected within minutes vs. hours.

“Batching calls would make sense if the same physician was doing clinical work and cross coverage,” he says. But because the group has dedicated pager call, “Our ACE physicians can take these pages in real time and respond immediately.”

Improving morale
The big payoff is in physician morale. “When the night doctors are busy in the ED during the early part of their shift, they aren’t distracted by floor calls or the stress of being the only point-person for every issue in the hospital,” says Dr. Mathew. “Pager call helps doctors avoid burnout, and it relieves the anxiety level of people who have to be on during potentially busy times.”

While the group is monitoring some data related to pager call, Dr. Mathew says he has not yet been able to determine the return on investment in terms of better patient safety or adverse events averted.

For taking pager call, physicians earn a significantly lower differential than if they were working on-site. Still, he says, pager call does have an impact on the group’s overhead, so it must be scrutinized for operational efficiency.

Because the volume of floor calls is related to the group’s census, Dr. Mathew has wondered if a pager-call program triggered at a specific census threshold would make better financial sense than a permanent shift.

“If the census drops to 60, then the doctors doing the swing and night shifts may be able to handle the calls,” he says, “although that may not be the case at 75 or above.” At the same time, he points out, the impact of patient acuity trumps volume alone. “It’s difficult to predict that for scheduling purposes.”

And once you have such a back-up system in place, “it’s hard to take it away,” Dr. Mathew adds. “So for the time being, we plan to keep it the way it is and enjoy the physician and nursing satisfaction.”