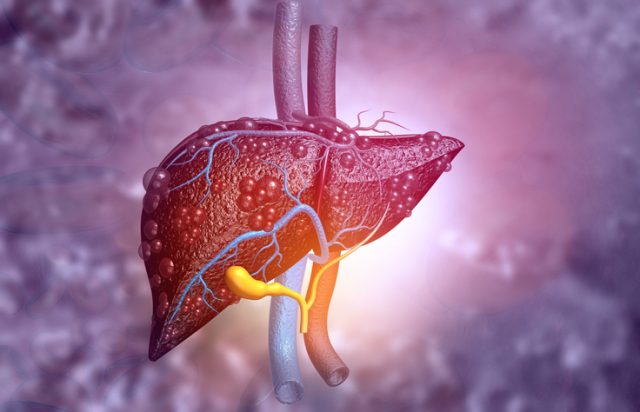 Thirty years ago, the No. 1 cause of cirrhosis was alcoholism, followed by hepatitis B. Today, the pre-cancerous condition’s most common cause is hepatitis C, followed by nonalcoholic steatohepatitis (NASH), which is a dramatic consequence of the nation’s obesity epidemic.

Over the same period, the treatment of cirrhosis, which remains the country’s 12th leading cause of death by disease, has also changed dramatically, according to Richard Green, MD, a liver disease specialist and chief of the division of hepatology at Northwestern University Feinberg School of Medicine in Chicago. At this year’s Society of Hospital Medicine meeting, he gave hospitalists an overview of how to manage patients with cirrhosis.

While there’s a host of new drugs and procedures to treat cirrhosis, Dr. Green said, there’s also a much better understanding of how to prevent liver disease from progressing to the point where transplant is the only treatment option. What’s also new is the fact that many decompensated patients with cirrhosis who end up hospitalized are now managed by teams that include gastroenterologists, liver specialists and hospitalists.

Esophageal varices
Esophageal varices, a major complication of cirrhosis, occur when a damaged liver stops processing blood, forcing it to another part of the body. In portal hypertension, this blood tends to enlarge the spleen, or it seeks out other very small veins, usually around the stomach and esophagus.

The first step in treating a patient with suspected bleeding varices is emergent endoscopy, Dr. Green explained. While these patients are managed initially by a gastroenterologist, the primary task of the hospitalist is to understand the role of antibiotics. “One of the major factors that affects mortality is giving antibiotics early,” he said, largely to prevent spontaneous bacterial peritonitis (SBP). 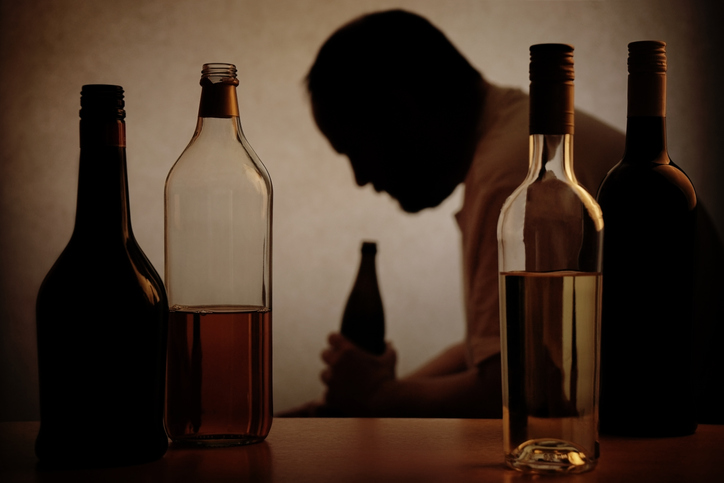 Recent article: Screening for unhealthy alcohol use in the hospital

“While you are waiting for your endoscopist to come in,” Dr. Green noted, “you should manage the GI bleeding with prophylactic broad-spectrum IV antibiotics,” typically given for between three and five days. Besides reducing infection rates, he said, giving antibiotics to patients with presumed variceal bleeding, particularly those who have ascites, will reduce rebleeding and even mortality. That’s because varices tend to bleed more if there is an infection.

Patients should also be quickly started on a course of the drug octreotide, Dr. Green explained, a somatostatin analog that lowers portal pressures. When pressure drops, clotting can happen and bleeding will stop. If you suspect a variceal bleed, he recommended starting octreotide before endoscopy and continuing the drug for about five days.

Dr. Green reminded hospitalists that there are other common medical treatments for these patients, many of whom may have abnormal coagulopathies in addition to GI bleeding. Treatments include fluid resuscitation, factor replacement and an IV proton pump inhibitor.

Secondary prophylaxis
Dr. Green said he starts secondary prophylaxis against variceal bleeding before patients leave the hospital and while they are being weaned off octreotide. For all patients with variceal bleeding who have no contraindications to beta-blockers, he uses non-selective beta-blockers, which reduce portal pressures in about 25% of patients.

Podcast: Treatment of alcohol use disorder

Although experts aren’t sure how to titrate to achieve optimal portal pressures, Dr. Green said that the standard of care is to “titrate to a blood pressure that is tolerable with a systolic over 90, as long as the patient is asymptomatic and the heart rate is over 60. “Because cirrhotic patients tend to be hypotensive, he advised hospitalists to use beta-blockade “judiciously and gently,” and to do so before patients are discharged.

Another standard method of secondary prophylaxis is esophageal band ligation. The typical next step is a transjugular intrahepatic portosystemic shunt (TIPS), a radiologic version of the kind of surgical shunt that has been used for decades to relieve portal hypertension, but one that is much safer. While TIPS usually falls into the domain of the gastroenterologist and hepatologist, Dr. Green said that hospitalists often take care of these patients.

TIPS should be considered in most patients with recurrent, life-threatening bleeding after standard therapy, he pointed out. Risks include encephalopathy and precipitating liver failure. Patients with elevated right-sided pressures or a bad heart can go into right heart failure if large amounts of fluid from the portal vein are dumped into systemic circulation.

Patients for whom TIPS probably isn’t an option include individuals who are symptomatic, those with congestive heart failure, those who have a lot of cysts or cancer in the liver, septic patients, or those with bile duct obstruction.

Ascites and diuretics
While ascites are a well-known complication of cirrhosis, Dr. Green said there is evidence that physicians aren’t very good at detecting small amounts of ascites, such as 500 ml/l.

There are two main causes of ascites: overflow of fluid outside the capsule of the liver into the abdomen due to high pressures in the portal system, and underfill due to the fact that cirrhotic patients have much lower blood pressure than the general population. These individuals tend to retain fluid because of their dilated peripheral vasculature.

Treatment of refractory ascites usually starts with restricting sodium. But Dr. Green urged hospitalists to keep in mind that it isn’t realistic for patients in America to restrict their sodium intake as much as is called for.

“You eat a pickle and you’ve got a week’s sodium,” he said. He opts for a balance between restricting sodium and adding diuretics so patients can be discharged and not come back a month later with refractory ascites.

In terms of diuretics, Dr. Green recommends agents that are potassium-sparing. That’s because most patients with cirrhosis probably have hyperaldosteronism by the time they have ascites. As a result, he favors spironolactone, amiloride or triamterene.

One common problem, however, is that many patients with refractory ascites also have diuretic intolerance. The concern is that these patients may become hyponatremic with more diuretics and can experience renal failure.

The alternative for a hemodynamically stable cirrhotic patient with a relatively normal creatinine and refractory ascites is large volume paracentesis, while also giving patients albumen to prevent renal failure. At his institution, Dr. Green said, patients receive 6.25 grams of albumen per liter removed and can be given up to 50 grams.

“You can tap patients dry, particularly if they have peripheral edema, as long as you give them albumen,” he said. “And you are really doing a disservice to your patient if you stop after a liter or two. Then you have to tap them five days later instead of two or three weeks later.”

Spontaneous bacterial peritonitis
Because SBP can be indolent, physicians should order a diagnostic paracentesis for patients being admitted for a complication of liver disease. Studies have shown that more than half of patients with SBP reported no belly pain or GI bleeding and were admitted for a different reason altogether.

SBP, which can be diagnosed by a positive acidic fluid culture, should be treated with five days of IV antibiotics, usually ceftriaxone. While it may be reasonable to not treat patients who are hemodynamically stable and feeling well, you should definitely re-tap them a day or so later to make sure their neutrophil count is lower.

Patients being treated with antibiotics should also be re-tapped in three days, Dr. Green said, “to make sure their neutrophils are down.” At that point, you can decide whether to change antibiotics or the duration of therapy, depending on a patient’s white count.

Treating with quinolones may also be an option. “Oral ciprofloxacin works as well as ceftriaxone,” said Dr. Green. To decide what drug to prescribe, he explained, find out what other medications the patient has been on in the last 12 months. In addition to looking out for potential resistance, he said, avoid any nephrotoxic antibiotics. “In SBP,” he pointed out, “renal failure develops in between 30% and 40% of patients and is the single major cause of death.”

For these patients, remember to use albumen to prevent renal disease. Dr. Green recommended giving IV albumen at a dose of 1.5 g/kg on day 1 of treatment and then more on day 3.

Ten years ago, there was no effective therapy. Now, Dr. Green said, “good prevention and good therapy” are available. Both are based primarily on the understanding that “we want to induce peripheral vasoconstriction” to reduce the vasoconstrictive state of the kidney causing the ATN or hepatorenal syndrome and reduce arterial vasodilatation.

“We used systemic arterial vasoconstrictors to reverse the cirrhotic’s vasodilatation, and this improves renal blood flow,” he explained. The best drug is terlipressin, which has been used in Europe for about a decade and which, Dr. Green said, the FDA is expected to approve in the next year or two. Until then, he said, doctors depend on a cocktail of midodrine, octreotide and albumen.

Dr. Green pointed out that it is rare for patients to develop hepatic encephalopathy spontaneously, except in cases of acute liver failure. Most commonly, he added, it is precipitated by a GI bleed, an infection, SBP, electrolytes, dehydration, medications, constipation or non-compliance with medications.

Acute liver failure is a completely different condition than chronic liver disease, and it appears to be caused in about half of all cases by acetaminophen overdoses. More than 2,000 normally healthy people a year “both adults and children “”will have life-threatening liver failure with encephalopathy due to Tylenol,” Dr. Green said, with another 1,000 experiencing acute liver failure for some other reason.

The antidote for acetaminophen toxicity is acetylcysteine, which also appears to help with non-acetaminophen- induced acute liver failure.

While acute liver failure is relatively easy to treat, it requires giving large amounts of glucose. “The ability of the liver to make glucose cannot be appreciated until you have a person in acute liver failure,” said Dr. Green. “Be aggressive.”

Published in the November 2009 issue of Today’s Hospitalist.