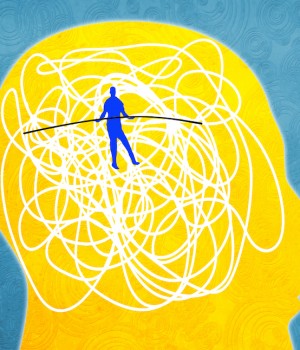 Published in the February 2006 issue of Today’s Hospitalist

Editor’s Note: This is the second in a continuing series on neurologic emergencies for hospitalists.

A 63-year old man comes to the emergency department complaining of trouble walking. For two weeks, he’s experienced tingling in his hands and feet, and he’s been stumbling for the past five days.

The general exam is normal and shows stable vitals, mental status and cranial nerves. “But the patient has mild to moderate symmetric weakness, with proximal greater than distal weakness in the upper extremities and distal greater than the proximal weakness in the lower extremities,” said S. Andrew Josephson, MD, a neurovascular fellow at University of California, San Francisco (UCSF). “The bottom line is that it doesn’t seem asymmetric.”

Despite the patient’s complaint of paresthesias, the sensory exam is completely normal. His reflexes are 2+ throughout, except for absent ankle reflexes, and the plantar response is flexor bilaterally.

At UCSF’s annual meeting on managing hospitalized patients last September, Dr. Josephson asked the hospitalist audience what tests they would order to diagnose the above case.

“Should we have a respiratory therapist come down to the ER and get an FVC/MIF [forced vital capacity/mean inspiratory flow]?” he asked. “Should we check a PVR (post void residual)? Should we do a lumbar puncture? Or should we check an MRI of the spine?”

For progressive or sub-acute symmetric weakness, Dr. Josephson urged hospitalists to check patients’ forced vital capacity and order an MIF, which he called a “very underutilized test” in the emergency department. “You might be surprised” at the results, he said.

In the above case, the patient had a very low FVC and a “pretty scary looking” borderline MIF of -20. This indicates likely ventilatory insufficiency from neuromuscular weakness. The PVR was essentially normal, and the lumbar puncture showed no cells with a high protein of 87.

Given those test results, Dr. Josephson concluded, the patient likely has Guillain-Barre syndrome.

According to Dr. Josephson, the diagnosis of Guillain-Barre syndrome is often missed. Most patients with the condition have seen three or four doctors, including neurologists and non-neurologists, before they are diagnosed. That’s a problem, he pointed out, because the syndrome is as life-threatening as it is treatable.

Dr. Josephson said that clues to making the diagnosis include the following:

You can use electromyography and nerve conduction study tests to make the definitive diagnosis.

It is often mentioned, but looking for an antecedent illness is usually not particularly helpful. “Only 30 percent of those with a Guillain-Barre exacerbation have had a history of a recent infection such as campylobacter jejuni” or some other type of bacteria or viruses, Dr. Josephson said.

Some cases are associated with auto antibodies, the most common of which is the Miller Fisher variant.

“Many of you may refer to this as an upside down Guillain-Barre,” he said. “The cranial nerves are affected first, and the person then becomes weak systemically.” The prominent cranial nerve abnormalities should tip you off to the diagnosis, but it may be mistaken for a brainstem stroke.

“We probably admit one of these every two years to our stroke service,” Dr. Josephson said, “and it turns out to be Miller Fisher. It is a common misdiagnosis.”

How do you manage patients with Guillain-Barre syndrome? Dr. Josephson urged hospitalists to think about life-threatening complications, noting that respiratory failure is at the top of the list.

“We tend to intubate Guillain-Barre patients when their FVC dips below 20 cc/kg,” he explained. If you don’t, these patients should be monitored in intensive care or a step-down unit, where they’ll receive FVCs and MIFs every six to eight hours.

“When the FVC goes down or the MIF goes from -40 to -30 to -20, it’s time to intubate them,” he said. “If you wait for the carbon dioxide to rise or the sats to drop, it’s generally too late with neuromuscular weakness.”

Given today’s generally high quality of ICU care, Dr. Josephson added, most of these patients who die succumb to thromboembolic disease. “Don’t forget that these patients are completely immobilized for weeks at a time,” he said, “so subcutaneous heparin is absolutely essential to prevent PE and DVT.”

At the same time, don’t overlook the effect of Guillain-Barre on patients’ autonomic nerves, which can cause death from cardiac arrhythmias.

Neither has any advantage over the other, Dr. Josephson said, nor is there any advantage to sequential IVIG followed by pheresis or the other way around. Because IVIG is much easier to initiate, “We use a lot more IVIG in the middle of the night,” he said. For community hospitals that don’t offer plasmapheresis, start patients on IVIG as soon as the diagnosis is made.

Finally, while steroids are not effective, early treatment is. “Treatment has never been shown to help mortality,” Dr. Josephson said, “but it has been shown to help patients recover and shorten the duration of their illness. You can decrease both their chances of being ventilated and their number of days on a vent.”