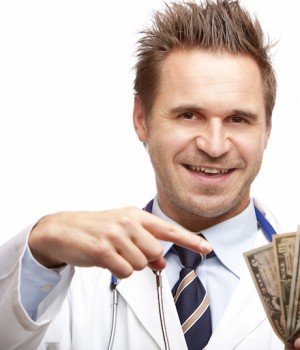 Editor’s note: This is the first in a two-part series on the impact of the Affordable Care Act on hospitalists.

WHILE THE AFFORDABLE CARE ACT (ACA) is only five years old, “it has been an amazing ride that’s going to continue to get even faster.”

That’s according to Winthrop F. Whitcomb, MD, a hospitalist since the 1990s and one of the original founders of the Society of Hospital Medicine (SHM). Dr. Whitcomb is now chief medical officer for Remedy Partners, a Darien, Conn.-based company that contracts with the CMS to create bundled-payment programs with hospitals, physician groups, SNFs and home health agencies. At this year’s annual SHM meeting, Dr. Whitcomb discussed the ACA’s impact on hospital medicine.

Hospitalists might be most familiar with the ACA through the penalties imposed on hospitals for readmissions. But as Dr. Whitcomb pointed out, penalties represent only the tip of the iceberg when it comes to how the ACA will affect hospitals.

That’s not all. By next year, Medicare plans to shift 30% of Medicare payments to an alternative payment model like bundled payments and accountable care organizations (ACOs). By 2018, that amount is expected to climb to 50%.

“For those who thought ACOs were sputtering out or that bundled payments might not work,” Dr. Whitcomb said, “you need to know that the CMS is going full-steam ahead. If those models are not working quite right, the CMS plans to tweak them until they do.”

What does this hurry-up timeline mean for hospitalists? Quite a lot, according to Dr. Whitcomb.

“The ACA is the reason you keep being asked to serve on and lead committees,” he explained. “And if you play your cards right, it will lead to promotions. This is by far the most exciting time ever to be in hospital medicine.”

Bundled payments
Given that he now works for a company that designs bundled payments, Dr. Whitcomb admitted that he has a bias for this particular innovation. “But the reason I work for a bundled-payment company,” he said, “is I think that this is perhaps the best value-based payment program for hospitalists.”

As evidence of Medicare’s commitment to bundled payments, Dr. Whitcomb pointed to the Bundled Payments for Care Improvement Initiative, which he said is “now Medicare’s biggest demonstration project.” This program is going into high gear this year as hundreds of hospitals and physician practices across nearly all 50 states begin to participate. (Participation in that project is now closed, but Dr. Whitcomb expects Medicare to announce other ways to become involved.)

As part of the initiative, Medicare has created 48 separate payment bundles or episodes, including nearly two dozen that target conditions “cellulitis, COPD, renal failure “that hospitalists treat every day.

If they are part of the demonstration project, hospitalists can now serve as the primary contractor, Dr. Whitcomb said. “They can ‘own’ the bundle, bearing clinical and financial risk, really for the first time.” As he explained, any participating hospitalist practice “employed or contracted “could serve as the “initiator” or “owner” as long as it had its own tax ID number. He pointed out, however, that the hospitalist practices that are currently participating are predominantly national or regional hospitalist companies.

And if hospitalists don’t “own” a bundle payment, they still stand to benefit financially. Hospitalists working in hospitals that serve as the initiator in bundled-payment programs can keep “or “gainshare” “some of the savings those hospitals achieve.

“Gainsharing has historically been illegal,” Dr. Whitcomb said, “but it is now going to be an important new revenue stream for hospitalists in bundled payments. The upside, which could be substantial, is the delta between the baseline price that’s been assigned to the episode and the actual spending.” Any individual physician or group practice participating in the project, he added, can sign a gainsharing agreement as long as the gainsharing entity has a national provider identifier.

Bundled-payment success
But as Dr. Whitcomb explained, any gains will be driven by how hospitalists (and others) redesign care across a 90day episode.

“If you look at a typical episode covered by a CMS bundle, the acute-care hospitalization consumes about one-third of the 90-day spend,” he pointed out. But a SNF stay costs almost as much.

“That represents a huge opportunity,” he noted, “and it is the kind of episode that Medicare is trying to right-size with bundled payments.”

If, for instance, you have an early ambulation program in the hospital and you can get home health involved early on in a hospitalization, “you may be able to plan for a discharge home instead of to a SNF.” That would remove the need for a SNF stay, ensuring that you would do “very well” with a bundled payment in that episode.

But for hospitalists to succeed in this new environment, Dr. Whitcomb added, they’ll have to change how they practice.

“Successful hospitalists will not be carrying an average of 18 to 20 patients,” he pointed out. “They are going to be carrying a smaller patient load because they will need that extra time to actually coordinate care. It would be a mistake to think that hospitalists can do really well with bundled payments while trying to manage 18 or 20 patients a day, unless they have strong case management support helping to coordinate care.”

ACO dollars
Another major new payment mechanism being ushered in by the ACA is the ACO.

“In ACOs, you have dollars flowing from the health plan, which might be Medicare, Medicaid or a commercial health plan, to a new entity that is handling the dollars and measuring quality,” Dr. Whitcomb said.

So far, ACOs have been focused primarily on the outpatient setting. “ACOs are responsible for a single DRG payment if a patient is hospitalized, so cutting costs within the hospital itself is not going to affect an ACO’s bottom line,” he said.

According to the SHM’s 2014 survey, 14% of hospitalist programs report participating in an ACO. Within that subset, 13% said their group had a leadership role in the ACO, while 9% were sharing some financial risk.

“The numbers are small right now,” Dr. Whitcomb said, “but I think hospitalists will come to be significant players. ACOs will survive only if they can control costs. And many of those, most notably readmissions, are under our control.”

But other costs that need to be reined in “may not be inside the hospital.” For example, ACOs are examining how successfully primary care physicians can design medical homes and how well post-acute care facilities can manage patients.

Hospitalists gearing up to work with an ACO “definitely need to start thinking across populations” and start forging “better connections with outpatient offices, post-acute facilities and the emergency department,” Dr. Whitcomb said.

Hospitalists also need to learn how to work with case managers embedded in outpatient medical homes. “They would make your life a lot easier in terms of care transitions, so make an inventory of who these case managers are and develop relationships with them.”

Another way that hospitalists can get involved: giving input to the ACO about how well (or not) post-acute facilities perform. “We traditionally haven’t cared a whole lot about post-acute care facilities because we’ve been so busy in the hospital, but times are changing,” he pointed out. Successful Pioneer ACOs have cut back on excess SNF utilization.

“In some markets with high SNF use,” he said, “you could reduce that.”

Time to leave the hospital?
Finally, Dr. Whitcomb asked the audience how many felt they needed to begin doing some work outside the hospital to actually bridge some of the care gaps that affect bundled payments and ACO performance. Many audience members raised their hands.

“It’s not natural and it’s not necessarily the same skill set,” he said. “But I’m convinced that is where we have to go. Somebody has got to fill these gaps, and I don’t know who else can do it.”

Hospitalists continue to have a growing interest in discharge clinics, he pointed out. And some hospitalists have become SNFists, spending all or some of their clinical time within a skilled nursing facility.

Then there’s a new model that some hospitalists may want to adopt: working as extensivists, spending some time in the hospital, some in an outpatient office and some at one or more SNFs, focused solely on high-complexity patients.

Dr. Whitcomb pointed out that studies have found some success with extensivists. But it remains to be seen if that model is scalable and if working in several different settings “is going to be a career-satisfaction killer.”