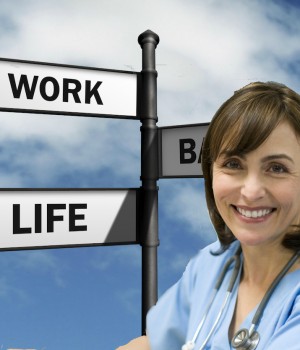 Published in the May 2007 issue of Today’s Hospitalist.

As a consultant to hospitalist groups for the past eight years, Martin Buser, MPH, remembers when 100% of the phone calls he received were from start-up programs.

Not anymore, said Mr. Buser, who, along with Roger Heroux, PhD, founded Hospitalist Management Resources LLC in 1999. Today, about one-half of their calls come from already-established programs.

Some of those programs need only a tune-up or help renegotiating their hospital contract. But the vast majority are “in big trouble,” Mr. Buser pointed out. “They’re falling apart” with high rates of turnover, usually because they’ve taken on too many services.

One of the first things troubled programs do is kick their recruiting efforts into high gear. For hospitalists in the job market, however, that raises an important question: How can you tell if a program you’re interested in is in trouble?

At February’s Spring 2007 Hospitalist CME Series meeting in Redondo Beach, Calif., Mr. Buser outlined common mistakes made by hospitalist programs that should serve as warning signs to potential recruits. He also detailed solutions that these programs should be pursuing, which can help you decide whether a troubled program is on the mend “or going down in flames.

● What’s the plan? The first sign that a program and its physicians are in trouble? “They do not have a business plan,” said Mr. Buser. “In fact, they usually don’t even have a game plan.” The program continues to expand by just saying “yes” to every service request until its burned-out physicians pack up and leave.

If a practice can’t give you the details of its business plan, with a carefully thought-out and disciplined timeline of new services, it won’t be able to provide even the most basic of critical projections you need to know, such as future staffing, compensation and recruitment.

“Whatever a program’s strategy is, its structure will follow, even if it’s a bad strategy,” Mr. Buser said. The problem is that while many practices may be doing as much as $5 million in business, “all they’ve done is kept growing a practice. No one ever transitioned the practice to a business.”

Other business details that you should ask for include: Does the practice have a contract with the hospital? What’s the length of the contract? Does the hospital give the program financial support? And are the contract and the support flexible enough to adjust as salary and staffing demands increase?

● Not staffed for success. According to Mr. Buser, the right daily staffing ratio is about one physician to every 15 patient encounters.

“That means billable encounters,” he explained. “If you see a patient several times a day, that’s only one billable encounter, unless you have some flexibility as far as physician extenders or critical care codes.” Harried physicians can handle up to 20 or 25 patient encounters, but “you won’t be any more successful than a busy outpatient doctor who has four or five patients in the hospital that day.”

When you’re assessing staffing, you need to look not only at physicians but at case managers as well. Those case managers should not be assigned to floors, Mr. Buser warned, but dedicated exclusively to hospitalists. A good ratio is one case manager per 25 patients.

Another staff member you want to find: a team coordinator who functions as a clerk to keep track of paperwork, chase down reports and coordinate specialists. The team coordinator is “the glue that holds the program together,” he said, staying on-site Monday through Friday as hospitalists rotate on and off. As the program grows, having additional team coordinators to cover weekends is
a big help.

Programs that hire a dedicated case manager and a team coordinator “are able to reduce their utilization by about 20%,” said Mr. Buser. “We see the impact in just a month.”

● Below-market compensation. With hospitalist compensation such a fast-moving target, programs have to compare their compensation to local and regional competitors every year and probably adjust it upwards.

At the same time, said Mr. Buser, you need to verify that compensation packages are internally consistent. “Make sure that between the first-year and the fifth-year hospitalists, there is equity and defined steps to get you to the top compensation level,” he said. A program should have at least three steps to get to the top range.

While you might be drawn to a starting compensation package of $185,000, that figure could be very bad for the morale of a hospitalist who has been at the group for five years but is making the same amount. That kind of inconsistency, he pointed out, almost ensures high turnover.

● No adjustment for productivity. When it comes to hospitalist practices, Mr. Buser admitted, he has some personal biases. For one, he prefers the private practice model, saying that “doctors work harder when they work directly for the patient.” That means that the group has a contract with the hospital to provide services, just like radiology, pathology and emergency department groups. “The next desirable approach,” he said, “is the hospital employed model.”

He also favors a sizeable productivity component to compensation, a package he urged physicians to look for in a contract. While Mr. Buser acknowledged that physicians are often reluctant to consider a productivity-based paycheck, he said that most physicians grow to like that type of reimbursement because their income reflects the number of shifts they work and the complexity of their patients.

He also pointed out that productivity goes a long way to boost revenues because physicians whose income is based in part on productivity start paying more attention to billing and coding. That in turn generates more money for bonus pools and can lead to higher physician income.

Incentives must not only be reasonable, Mr. Buser explained, but there must be enough money on the table “at least $10,000 per physician per year “to make them worth the doctors’ time.

Incentives should also be easy to comprehend. One approach that Mr. Buser said he favors is funding a quality incentive fund, which is an annual bonus pool for the entire hospitalist group, and then carving out one-quarter of that pool as an incentive for each of four pass/fail measures.

“You make those measures very simple,” he said. One measure might call for physicians to craft a heart failure clinical pathway by a certain date, for instance, or to score in the 95th percentile for patient satisfaction that year. Once the group receives the bonus for each measure, physicians can divide the money up individually according to an internal, agreed-upon formula.

Whatever the incentive structure, Mr. Buser added, you want to see a direct relationship between results and rewards. You also want a practice that keeps it simple. If the incentive plan is too complicated to explain, it’s probably too much trouble to administer.

● The data black hole. Hospitalist programs need all kinds of data. Check to see if the hospital is giving the program monthly feedback on collections by payer, and on patient and referring physician satisfaction.

Hospitals that don’t have good data and feedback options, said Mr. Buser, often don’t have quality improvement programs, which is another red flag. In the future, hospitals will be very concerned with quality scores on public reporting systems, and hospitalists will be asked to provide leadership in that area. Without feedback, you won’t be able to improve performance.

And if hospitalists are admitting these patients, you definitely want to ask how available those subspecialists are, particularly orthopedic surgeons and neurosurgeons.

“Getting specialists to take ER call is one of the biggest problems right now for hospitals in the U.S.,” Mr. Buser said, adding that he’s seen hospitals that pay orthopedic surgeons $2,500 a night to carry a beeper. Make sure that subspecialists will be available when you call so you’re “not hung out managing that patient all day long, waiting for that consult.”

Lack of subspecialty coverage is also “a major dissatisfier” for hospitalists. “Make sure the hospital you’re considering has not only good subspecialty ED coverage,” he said, “but also consultation services for ED unassigned patients.”

● Lack of coordination. One sign of trouble Mr. Buser sees in many practices is a lack of daily team rounding with case managers, team coordinators, and even social workers and pharmacists, as well as hospitalists. Morning team meetings provide a quick but effective opportunity to air medical or psychosocial issues that can stand in the way of discharge, resulting in poor utilization and throughput.

● No sense of urgency. Finding one or several of these warning signs may not necessarily mean striking the program off your list of possibilities. But if you do find red flags, you need to ask what the program is doing to remedy the situation. Make sure it’s addressing the problem with urgency.

Staffing shortfalls, for instance, can be addressed through the use of locums and, increasingly, midlevel providers, such as physician assistants and nurse practitioners. Mr. Buser acknowledged that the use of midlevels in hospitalist programs is a controversial subject, but he sees it growing rapidly. (See “Midlevels make a rocky entrance into hospital medicine” in the January 2007 issue.)

That’s because, with hospitalist supply running so far behind demand, programs need to be creative and aggressive when it comes to staffing solutions.

“If programs get in trouble, they’ve got to regroup quickly,” said Mr. Buser. “They have to address these issues as quickly as they can.”

Does your program need help?