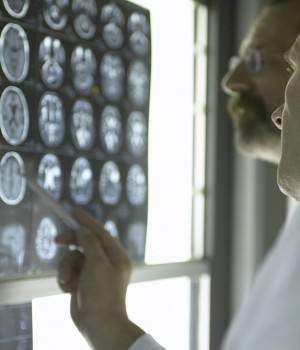 I have always envied people who come up with that one simple “Why didn’t I think of that?” idea that makes millions of bucks. Recent examples include Kevin Plank who while in college came up the idea for Under Armour, tight-fitting spandex for athletes that is now ubiquitous. Or take your pick of any teenager who made millions through the Internet with a social-networking site. Heck, I read that George Foreman made over $100 million on a sandwich grill.

Well, at last my time has come, and I have an idea that may make the founders of Google jealous. I proudly introduce the DeLue Filter, which I plan to sell to CMS tomorrow.

First, some background for my inspiration. It is clear that within five years, all hospitals will have converted to CPOE. Currently, to order a diagnostic test in a hospital, all we need is a reason, any vague reason. ECHO re: “CHF,” MRI re: “TIA,” Persantine Stress re: “Chest Pain,” CT of everything re: “I don’t know what is going on.” I would venture to say that at least 25% of all tests ordered have one thing in common: The results will not change the outcome or alter further interventions. And this is where I make my millions.

The ER orders the brain CT of the brain, which the DeLue Filter lets slip through (at least beta version 1.0). The patient is admitted–and this is when the filter starts paying dividends. The next test ordered after a neurology consult will invariably be the MRI/A of the brain and carotid dopplers, but the doctor placing the order will see this appear on the screen: “Before proceeding with this test, please provide an explanation as to how this will alter treatment for this 85-year-old, even if vertebrobasilar disease is identified.” The answer is it won’t, and the test will be canceled. Please play again!

And the filer won’t just work for radiology tests. Not so fast on that elective catheterization. Let’s see the cardiologist try to game the DeLue Filter into allowing a cath when the going evidence supports conservative medical evidence instead. And with me agreeing to take only a 5% cut on all the savings produced, how can CMS not afford to buy my proprietary idea?

In all seriousness, a few truths to consider. First, the idea that tests are denied is hardly new to outpatient doctors. I have a friend, a hospitalist no less, who moonlights for an insurance company and spends the entire day reviewing and often denying outpatient tests. Of course, I also have colleagues on the other side of the equation lamenting the death of their primary care profession as a result of having to fill out forms in triplicate to get a prescription for hemorrhoid cream approved. It is only a matter of time before hospitalists start feeling the same pressure.

Second, we currently work in a system that pays us more the more we do. Health care payment reform and the adoption of EMR promise to change this paradigm, particularly because EMR is said to be capable of saving the U.S. health care system $80 billion per year.

You can be sure that much of this savings will come from evidenced-based algorithms that attempt to place limits on physicians’ test-ordering habits. Some may call this rationing care or cookbook medicine, but I suspect most of us believe that if done correctly, enforced evidence-based medicine has a lot to offer.

Finally, I believe that as hospitalists, most of us already think of ourselves as filters; it is simply part of our mindset to practice medicine with an eye to efficiency. While many subspecialist colleagues have that same approach, I don’t think subspecialists in general share that same mindset. A neurology consult almost guarantees am MRI, a cardiology consults leads invariably to a stress test and so on.

Perhaps the DeLue Filter won’t have its day, given this country’s historical inability to control escalating medical costs. But then again, who could have predicted that the guy who created Doggles, goggles for dogs, would be a multimillionaire?