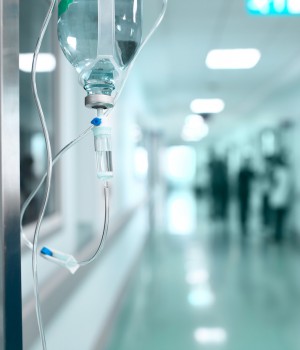 When it comes to transitioning patients with severe hyperglycemia away from sliding scale insulin, physicians are often blamed for refusing to embrace a better way of doing things. But many hospitalists who are moving to standardize subcutaneous insulin protocols won’t even consider using IV insulin outside of the ICU.

The reason they often shy away from insulin infusion on the floor, even for patients about to receive a procedure, is that nurses simply don’t have the time to do the monitoring (and math) necessary to safely keep ward patients on a drip for a day or two. And if nurses don’t have enough time to monitor patients, an insulin drip protocol could be disastrous.

But there’s now some evidence that continuous insulin infusion protocols outside the ICU are not only safe and effective, but that physicians and nurses alike embrace them “if implemented properly. The Emory Healthcare System in Atlanta is a case in point.

“A sizeable number of insulin infusions are given to patients before, during or after a procedure.”

A study conducted at the system’s flagship Emory University Hospital looked at the safety and efficacy of a continuous insulin infusion protocol. Researchers analyzed more than 200 patients in a 12-month period who received insulin infusion on the floors. The study, published in the April 2010 Journal of Hospital Medicine, found that the rate of hypoglycemic events among those patients was similar to research findings on subcutaneous insulin regimens.

A similar protocol has been in place for the better part of 10 years at Emory University Hospital Midtown, a 511-bed teaching hospital in midtown Atlanta. As hospitalists have migrated over the years throughout the hospital, taking over management in surgical or subspecialty wards “such as orthopedic surgery “they’ve championed the use of insulin drips for some floor patients now hospital-wide.

Hospitalists at Emory aren’t the only ones who endorse the protocol. Far from pushing back on a protocol that means more work for them, the nurses at Emory Midtown are so comfortable with it that they’ll suggest using an insulin drip for patients with persistent hyperglycemia who are being managed by physicians other than hospitalists.

In 2021, insulin in the inpatient setting gets some respect.

“They buy into the clinical reasons for having this protocol,” says Kimberly Graham, MSN, a clinical nurse specialist on one of Emory Midtown’s general medicine units who oversees the clinical aspects of nursing on that ward. “And nurses love the autonomy of it.”

A “small learning curve”
While the idea of using insulin infusion on the wards may sound intimidating, physicians at Emory Midtown say that there’s nothing to be afraid of. Noble Maleque, MD, associate director of the hospital medicine clinical service at Emory Midtown, notes that doctors joining the hospitalist practice face very few problems getting up to speed on the protocol, even if they’ve never used an insulin drip on the floors before.

“Everyone is exposed to some sort of insulin protocol in residency” he explains, “and this is probably easier than what people have been doing before. It’s a very small learning curve.”

The protocol couldn’t be easier for physicians to use, he points out: Physicians can either accept the predefined parameters for blood sugar target ranges already programmed into the protocol, or they can set their own. For floor patients, that target range is between 110 and 180.

Using checkboxes, physicians note the patient’s insulin sensitivity to give nurses an idea of how aggressively to titrate the drip dose. While the hospitalists at Emory Midtown now place all their orders via CPOE, Dr. Maleque says that it was just as easy to use the protocol before CPOE came online two years ago. Physicians used to check boxes on paper orders instead of the computer.

Better control
The protocol does not, however, spell out the patients for whom a drip is indicated; according to Dr. Maleque, hospitalists make that decision. At the top of his list of patients for whom he’ll order a drip on the floor are those with hyperosmolar hyperglycemia who don’t meet the criteria for diabetic ketoacidosis. Perioperative patients are also likely candidates for an initial drip instead of subcutaneous insulin.

“A sizeable number of insulin infusions are given to patients before, during or after a procedure, until they can tolerate oral intake,” Dr. Maleque says.

There’s also a growing patient population that needs insulin infusions in the urban hospital where he works: individuals with out-of-control diabetes. A growing number of patients on the floors have less control of their blood sugar levels, which is a big reason the protocol is now used hospital-wide. Dr. Maleque recently used the protocol on a patient whose blood glucose level was more than 900. The goal was to help create an insulin therapy that the patient could use at home.

While he acknowledges that the protocol “is definitely more work for the nurses,” that effort translates into better glycemic control and lower lengths of stay. Because nurses are monitoring glucose levels every hour or two with an insulin drip, instead of every four to six hours for patients started on subcutaneous insulin, Dr. Maleque explains, there are fewer “peaks and valley in blood sugar. That affects not only patient care, but length of stay and other quality outcomes.”

It also helps hospitalists when it comes time to transition these patients to another form of insulin. “You have more information, more data, to make an educated starting point for subcutaneous regimens,” says Dr. Maleque, “as opposed to a lot of trial and error.”

Saving costs
While the insulin drip protocol improves quality of care, there’s another practical reason why Emory Midtown uses it for some patients on the floor: The hospital doesn’t have a step-down unit available where patients can go for IV medications.

Keeping patients out of those high-priced units is a big reason to consider implementing such a protocol, says Dawn Smiley, MD, an endocrinologist at Atlanta’s Grady Memorial Hospital and lead author of the study in the Journal of Hospital Medicine that examined the protocol. While her study endorsed the protocol’s clinical benefits, Dr. Smiley notes that Grady Memorial, which is part of the Emory system, doesn’t have a protocol for an insulin drip on the wards, except for patients with diabetic ketoacidosis.

At Grady, patients outside of the ICU who need an insulin drip are transferred to a step-down unit, she explains. That costs money, time and efficiency, as patients must also be switched to a different team of nurses.

“You have to have the manpower to move the patient,” Dr. Smiley says. “If it takes an hour and a half to get the patient transitioned, their treatment isn’t going to start for another two hours.”

Dr. Smiley predicts that the push to offer insulin drips to some patients on the wards with severe hyperglycemia may soon come from the top down, not from clinical staff.

Instead of moving patients to more expensive units, she says, hospital CEOs will appreciate the advantages of educating nurses to maintain insulin drips on the floor. Such a protocol also helps lower other costs “in terms of complications, length of stay and mortality ” associated with treating both hypoglycemia and hyperglycemia.

“It doesn’t make money,” Dr. Smiley says, of having an infusion protocol, “but it saves money.”

Getting nurses up to speed

HOW LONG DOES IT TAKE nurses at Emory University Hospital Midtown to feel comfortable with the insulin infusion protocol for patients outside the ICU? According to Kimberly Graham, MSN, a clinical nurse specialist on one of Emory Midtown’s general medicine units, both newly graduated nurses and veteran nurses in units where the protocol is being introduced for the first time spend about an hour being trained on the protocol’s different components and variables.

But it really takes hands-on experience “often little more than one 12-hour shift “for nurses to become proficient with the target ranges and multipliers they need to use to calculate and adjust dosing. Until patients are in target range, nurses have to monitor their blood sugar every hour. Once that range is reached, monitoring switches to every two hours until patients are transitioned off the protocol, which usually takes place within a day or two.

The number of patients on a floor receiving a drip is certainly a minority, Ms. Graham points out. On the 50-bed unit she oversees, for instance, that typically means only one or two patients at a time.

At all times, however, the nurses maintaining a drip rely on a buddy system. For one, a nurse adjusting a patient’s insulin dose every hour or two has to have his or her math and new dosage verified by another nurse. (Dosage calculators are included in the system’s electronic medical record.) And nurses who are having trouble cycling back to a patient for hourly checks are encouraged to ask for back-up from another floor nurse or the charge nurse.

Ms. Graham also points out that shift managers and clinical nursing specialists are sensitive to the amount of work that having a patient on a drip entails. “We would typically never assign a nurse two insulin drips on a shift,” she says. “We’ll also look to see if the nurse has another patient with very high acuity, because he or she can’t really balance both.”

The advantage for nurses of putting in all that extra work, she adds, is that they can make dosage adjustments themselves “an autonomy that most appreciate. “They don’t have to call a doctor every 30 minutes,” Ms. Graham notes. “They call a physician only if there’s something outside the norm.”

Nurses at Emory Midtown are assigned between four and five patients per shift, a ratio she believes is the same as in other hospitals. That’s a major reason she believes the insulin infusion protocol in place at Emory Midtown is “translatable” to even community hospitals that have to rely on paper orders. But she urges hospitalists considering a drip protocol to think of implementing it facility-wide.

When the protocol was first started at Emory Midtown 10 years ago, Ms. Graham points out, its use was restricted to only a few medical wards, one of which was hers.

“The other nurses weren’t trained and didn’t know how to use it, so we used to receive patients from other floors to do an insulin drip,” Ms. Graham says. “That was a dissatisfier.”

Who’s receiving an insulin drip on the floors?

A RETROSPECTIVE ANALYSIS in the April 2010 issue of the Journal of Hospital Medicine looked at the number of patients receiving IV insulin at Emory University Hospital, the health care system’s 579-bed flagship facility, over a 12-month period in 2004-05. Researchers found the following: