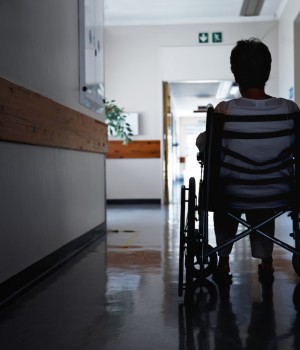 HOSPITALISTS EVERYWHERE are trying to figure out which patients run the greatest risk for readmission ” and what interventions might keep those patients from bouncing back.

Now, a research team has identified what may be a major readmission risk factor that needs much more attention: depression. In the June issue of the Journal of Hospital Medicine, researchers from Boston Medical Center (BMC) analyzed the data of patients screened on admission for depression.

What the researchers found surprised them. While the prevalence of depression in the general adult population is under 7%, 16% of patients in their data set screened positive for mild depressive symptoms. Another 24% tested positive for moderate or severe depression.

The authors also found a dose-response relationship between depression and readmission rates. Only 10% of patients without depression were readmitted within 30 days. But that rate jumped to 14% for those found to have mild symptoms, and it hit 19% “almost double ” for patients with moderate to severe depression.

“We were shocked at the sheer number,” says Ramon Cancino, MD, a BMC staff physician, chief medical officer of Mattapan Community Health Center in Mattapan, Mass., and the study’s lead author. As Dr. Cancino explains, the findings could point to an actual diagnosis of depression that calls for a psychiatric evaluation. But results could also be due to the fact that BMC is an academic and urban safety-net hospital.

The impact of mild depression
Very few studies have looked at the relationship between mild depression and readmissions. Patients with mild symptoms may be readmitted due to a poor discharge process or to an outpatient failure to diagnose or manage those symptoms.

But according to Dr. Cancino, even mild depressive symptoms can have major effects. The problem is that many physicians see mild symptoms as not very dangerous to a patient’s well-being or to the hospital system as a whole.

As for managing patients with mild symptoms, research indicates that such individuals may not benefit from medication. “This sample of patients may benefit more from cognitive behavioral therapy,” says Dr. Cancino. Or providers may choose what he calls “active surveillance, educating patients as to self-help methods to deal with mild depression,” such as yoga or relaxation techniques. Primary care physicians would then follow these patients more closely in the outpatient setting.

“Our paper,” he notes, “provides an argument for placing more resources for patients with mild symptoms within communities and within the reach of community health centers.”

A new quality measure?
What do such interventions have to do with hospitalists? Most hospitals, Dr. Cancino points out, don’t have the ability or personnel to initiate any therapy onsite. And even if hospitalists prescribe medications to an inpatient found to be suffering severe depression, the effects won’t be felt for weeks after discharge.

The inpatient-outpatient tracking of patients with depressive symptoms would fall to care managers or case workers, not hospitalists. And many inpatient physicians may feel uncomfortable discussing depression with patients unless the condition contributes to their hospitalization.

But given health reform and the growth of pay for performance, Dr. Cancino says that hospitalists will need to extend their comfort zone and at least get a discussion started about treating depression.

“What happens in the inpatient setting is no longer confined to just one provider and one patient,” he says. “Hospital systems are increasingly going to be paid for making sure patients receive a high quality transition back to primary care.”

Results of screens taking place in the hospital have to be communicated to primary care to be acted upon. “That’s the only way hospital systems are going to decrease readmissions,” Dr. Cancino says. “Once hospitals realize that screening for some of these diagnoses may have an impact on Medicare reimbursement, they will start to change the design of the inpatient workflow.” Already, quality improvement and quality measure projects take place on hospital wards.

“I wouldn’t be surprised if screening for depression becomes one of those measures,” Dr. Cancino explains.

EHR limitations
Dr. Cancino sees another implication of his study for hospitalists trying to parse out why patients bounce back: It may push doctors to look beyond the data already contained in their electronic health records and focus on other key factors.

As new quality measures come up, electronic health records may prove to be either a benefit “or more handcuffing down the line,” he says. EHRs and hospital administrative records were built, he adds, to capture lab values, services rendered and socio-demographics.

While EHRs provide data in the form of numbers “that are easy to work with,” he says, “they don’t do a good job of capturing the information we get from speaking to patients and asking them to tell their story.” He believes the ability to predict readmission risk will result from combining the data EHR systems already collect with these other sorts of “patient-centered information.”

Already, says Dr. Cancino, many people around the country are trying to figure out how to combine both types of information to identify patients at high readmission risk and decide how to address those issues.

The next phase of Project RED

Project RED promotes 12 components “including postdischarge phone calls and paying close attention to patients’ health literacy “to improve the hospital discharge process. While screening for depression on admission and tailoring interventions to patients with depressive symptoms aren’t among Project RED’s components, researchers during the clinical trial screened participating patients for depression. The recent JHM study was a secondary analysis of those screening data.

“Patients in the trial were still being readmitted even after receiving all the Project RED interventions,” says Ramon Cancino, MD, a BMC staff physician, chief medical officer of Mattapan Community Health Center in Mattapan, Mass., and the study’s lead author. “We felt there had to be more factors contributing to readmissions than the 12 components.”

Ironically, BMC does not routinely screen patients for depression on admission. But Dr. Cancino notes that the latest Project RED research at the medical center is doing exactly that.

Called Project RED-D (for depression), the new trial is screening patients and randomizing individuals found to have depressive symptoms into three different intervention arms to gauge the impact of interventions on readmissions. Trial results may be available as soon as 2017.