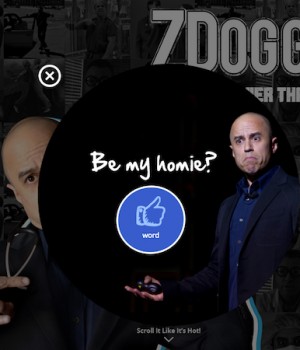 ZDOGGMD IS IN THE HOUSE! (AND THE HOSPITAL …) That’s the moniker used by a somewhat anonymous San Francisco-area hospitalist who since May has been posting music videos, a blog and more on the Web (www.zdoggmd.com).

The site includes several comedy bits featuring ZDoggMD and his sidekick and foil: Dr. Harry, a pediatric hospitalist. But it’s ZDoggMD’s music videos that are wickedly funny, combining education and satire in a format that pays homage to rap videos.

His newest release, “Auto-Tune Bad News,” shows how much easier it is to deliver bad news with a little help from recording technology. “Check Tha’ Tissue “The NSAID Ulcer Rap” describes the very real dangers of NSAID-related stomach damage while using surrealistic images of physicians dancing on top of pieces of toilet paper.

Dr. ZDogg’s nom de Web is a tongue-in-cheek reference to the old-school rapper Snoop Dogg that was given to him back in the day. “Being basically a white suburban kid,” ZDoggMD says, “I love hip hop.”

While his colleagues know his secret identity “you can clearly see his face in his videos and on his blog, after all “he doesn’t give his real name online. He doesn’t want his patients’ first impressions to come from a Google search that turns up their mild-mannered hospitalist rapping the following lyrics, which come from his NSAID-ulcer video:

“Cause when an ulcer in the stomach starts to bleed real fast,
We take an endoscope and pop a clip in that a**”

Dr. ZDogg says that his colleagues enjoy the videos but worry about the potential to cross professional lines. He does consider that possibility all the time, and he won’t post a video or blog unless he feels totally comfortable.

(He does admit, however, that catching his two-year-old daughter reciting the lyrics to his “Pull & Pray “The Safe Sex Song” video has given some pause.)

What’s the future of the ZDoggMD empire? While he has high aspirations, he acknowledges that the severe time constraints the operation faces will likely limit his output as a video artist. “I work long clinical hours, then come home and work on our videos until 3 a.m.,” he says. “We basically squeeze these out during any free time we have.”