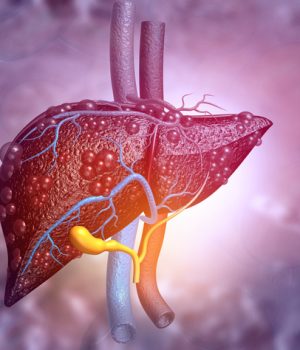 Estimating how long a patient considering surgery has to live may be a fundamental part of a preoperative medicine consult, but it’s not always easy. All too often, the assessment “and the ultimate recommendation “is based on less-than-objective information and may be little more than a guess. But now, a set of new tools produced by researchers at the Mayo Clinic can make that preop evaluation a little more scientific, at least when it comes to patients with end-stage liver disease.

Those tools “a formula and calculator “now make prognosticating a patient’s lifespan easier and more efficient.

You might think that finding such practical information in the medical literature is a lucky find, but Melissa Hagman, MD, says that’s far from the case. Dr. Hagman, assistant professor of internal medicine and a hospitalist at the University of Washington Medical Center in Seattle, said that she’s found that medical journals are a rich resource for practical tools “but only if you know where to look.

At this year’s American College of Physicians annual meeting, Dr. Hagman gave a presentation that examined at the evidence that has changed her clinical practice in the last year or so, particularly when treating patients with end- stage liver disease. Here’s a look at the studies she’s found and the practice changes that she’s put in place.

Mortality risk
Dr. Hagman explained how the Mayo Clinic tools work by describing the case of Mr. K, a 62-year-old man with severe liver failure who has broken his hip. You, the hospitalist, have been asked to clear him for surgery. What is his perioperative risk?

Until now, Dr. Hagman said, hospitalists have used the Child-Turcott-Pugh score, which looks at albumin, bilirubin, INR, ascites and encephalopathy to determine if a patient’s cirrhosis is bad enough to keep him from going to surgery. A patient put in Child’s class C is considered to have an 80% risk of perioperative mortality, while a class A patient has a 10% perioperative mortality risk.

Because of his overall risk, Mr. K would fall into class C. Dr. Hagman said that when researchers at the Mayo Clinic looked at that assessment, they discovered a more objective formula that examines three factors: patient age, the model for end-stage liver disease (MELD) score, and the American Society of Anesthesiologists (ASA) score.

Examine those three factors, and Mr. K’s perioperative mortality risk drops to about 45%. “I suppose we could quibble about whether there is a difference between 45%, which is horrific, and 80%, which is even more horrific,” Dr. Hagman said. “At least we can give him an objective number that is perhaps a little more precise.”

Physicians with Mayo Clinic’s gastroenterolic and general surgery division published a study in the April 2007 issue of Gastroenterology.

Battling spontaneous bacterial peritonitis
Beyond changing how she views patients like Mr. K, Dr. Hagman said she has also modified her treatment of patients who also have cirrhosis based on a series of articles published over the last two years.

“I now strongly consider diagnostic paracentesis for any patient who comes into the hospital with liver disease and ascites,” she said, because there is a reasonable chance those patients have spontaneous bacterial peritonitis (SBP).

Preop clearance: Coding for “clearing” a patient before surgery:

Studies show that about 30% of patients admitted to the hospital with ascites will have the condition. Perhaps more troubling, many will be asymptomatic.

Several recent studies have also convinced Dr. Hagman of the need to start SBP prophylaxis for patients who have ascitic fluid total protein levels of less than 1.5 g/dL. In these patients, one study found that daily oral norfloxacin was not only associated with a decrease in SBP, but with an increase in survival at both three months and one year.

A second study found a survival benefit when daily oral ciprofloxacin was used. The studies didn’t specifically look at an SBP prophylaxis regimen of once-a-week ciprofloxacin at an oral dose of 750 mg in patients with low ascitic total protein.

However, Dr. Hagman said that based on the studies, she believes it “is a reasonable strategy” to use an antibiotic for SBP prophylaxis for three groups of patients: those who have had SBP previously; those with ascites and low protein; and patients who come to the hospital with cirrhosis and an upper GI bleed. For patients allergic to fluoroquinolones, bactrim is a good alternative for SBP prophylaxis.

The following are some articles that changed Dr. Hagman’s practice on performing diagnostic paracentesis in liver disease patients and on starting primary SBP prophylaxis:

Moving to 15-gauge needles
What if your patient with end-stage liver disease needs hospitalization because she developed hepatic encephalopathy after she stopped taking lactulose, because of abdominal cramping and nausea? Before doing the diagnostic paracentesis, do you need to do something about her INR and platelet count? At least one study gives a firm “no.”

“You can probably do your paracentesis without reversing your INR or correcting your platelets,” Dr. Hagman said. Unless the patient is suffering from disseminated intravascular coagulation, she explained, paracentesis appears to be safe, even when platelets are less than 50,000 and INR is greater than 2.0. Use common sense, she said, and be cautious in patients with renal failure and uremic platelets.

Another study also has convinced her that she should start using a 15-gauge Caldwell needle with a metal cannula to do these paracenteses, Dr. Hagman said. Compared to needles with plastic over-the-needle cannulas, this needle results in fewer punctures and fewer procedures stopped prematurely because of poor ascitic fluid flow.

Lactulose alternatives
Are there any alternatives to lactulose in the patient who can’t tolerate it due to abdominal side effects? Several new studies have persuaded Dr. Hagman that while rifaximin is expensive and has not been approved by the FDA for this specific indication, it can still be a good alternative for hepatic encephalopathy patients who don’t tolerate lactulose.

Despite its high cost “estimated in one study at $800 a month compared to $80 for lactulose “rifaximin has been shown to reduce hospitalizations by a third. Besides, Dr. Hagman added, patients taking rifaximin were hospitalized for two and a half days, compared to a week for patients given lactulose.

She noted, however, that a cost-effectiveness analysis shows that trying lactulose first still makes sense, saving rifaximin for patients who fail on lactulose, a treatment strategy called rifaximin salvage.

“I use lactulose as initial therapy in folks with hepatic encephalopathy,” Dr. Hagman said, “but if they fail, I prescribe rifaximin, even though it’s not FDA approved for this indication.”

Recent articles on rifaximin include the following:

Changing treatments for both the common and the bizarre

RECENT LITERATURE has sparked treatment changes in how Melissa Hagman, MD, a hospitalist at the University of Washington Medical Center in Seattle, approaches several other conditions besides liver failure.

At a presentation at this year’s American College of Physicians annual meeting, Dr. Hagman addressed other common “and less common or altogether bizarre “aspects of hospitalist medicine.

Chewing gum and colorectal surgery
When a surgeon told Dr. Hagman that her colon cancer patient who was having difficulty with bowel function after colorectal surgery should chew gum, she was incredulous. But when she queried the literature, she was even more surprised.

“Lo and behold,” she said, “there is not just one or two studies on the subject, there are five. Maybe chewing sugarless gum for one hour three times a day until flatus or a bowel movement occurs works by a sham feeding type of mechanism that stimulates the bowel,” she explained. Or maybe it’s due to the sorbitol in sugarless gum, she said.

Gadolinium
The evidence that gadolinium can cause nephrogenic systemic fibrosis is now so great that Dr. Hagman said she hesitates to order MRI with contrast for patients with acute kidney injury, advanced chronic kidney disease or end-stage renal disease.

The exact cause of this fibrosis is unclear, she explained, but patients are more at risk the more gadolinium they get. If an MRI study is essential, she uses the smallest dose possible. If the patient is already getting hemodialysis, doing dialysis immediately after the gadolinium load and again the following day appears to help.

Recent articles on gadolinium include:

Magnesium for atrial fib
Dr. Hagman said she now considers adding IV magnesium as an adjunct to conventional therapy when a patient in atrial fibrillation already receiving an AV nodal blocking agent is not improving. The magnesium is not as effective as a calcium channel blocker, she pointed out, but nine randomized, controlled trials have shown it to be better than placebo, and it can help.

A meta-analysis of magnesium therapy for the acute management of rapid atrial fibrillation was published in the June 15, 2007, issue of American Journal of Cardiology.

Severe COPD
A new randomized, controlled trial looking at whether a five-day course of IV or oral prednisolone works better for COPD patients admitted with exacerbations found that oral steroids work just as well. As a result, Dr. Hagman is now trying to use oral steroids in these patients.

See an article published in the December 2007 issue of Chest.