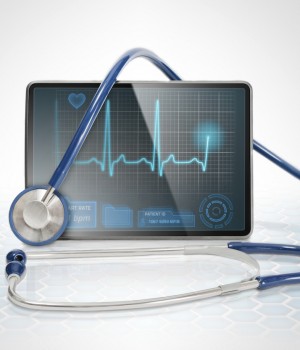 THIS YEAR, I’ve been on a writing jag about doctor-patient communication. As I mentioned in my February and April columns, my hospital’s HCAHPS scores in this department have been lackluster “so much so that we’re implementing countermeasures to improve them.

I’m taking up my proverbial pen again this month to address “Your Care From Doctors,” those three HCAHPS survey questions dealing with our interactions with patients. Jim Beattie, MLIS, my longtime partner in crime, is pitching in. We’ve developed a lot of these ideas together for an evidence-based medicine class that we teach at the University of Minnesota.

DOE and DOO
Doctors spend a lot of time chasing data. Fever spike? Look for a source of infection. Pulmonary infiltrate? Make sure antibiotic coverage is appropriate. Persistent hyperglycemia? Better fiddle with insulin. Continue ad nauseam until your shift is over.

But does any of this really matter to patients? Think twice before laughing or turning the page.

Way back in 1994, Allen Shaughnessy, PharmD, and David Slawson, MD, began writing about disease-oriented evidence (DOE): information in textbooks and journal articles dealing with “etiology, prevalence, pharmacology, prognosis, and so on.” They pointed out that this stuff is “absolutely crucial to medicine” but often falls far short of the things that patients actually care about.

DOE is closely related to disease-oriented outcomes (DOOs), to which hospitalists devote slavish attention. Examples include length of stay, unplanned readmissions and health care-associated infections. And who can blame us? The Centers for Medicare and Medicaid Services follow these data closely, publicly shame us on Medicare.gov and tie hospital reimbursement to performance on key metrics. Heck, if your hospital is like mine, part of your paycheck is probably riding on your DOOs.

But, again, do any of those really matter to patients?

POEMs and POO
Drs. Shaughnessy and Slawson developed a brilliant remedy for DOE, something they called patient-oriented evidence that matters, or POEMs. The essence of a POEM is medical literature that focuses on “outcomes that matter to your patients.” Those include, for example, mortality, morbidity and quality of life. If we’re going to be effective for our patients, they argued, this is where we should be spending our time.

This idea caught on quickly. The British Medical Journal rolled out a weekly feature in 2002 dedicated to POEMs. As a kick-off editorial noted, “most research does not provide information that matters to patients,” and the journal was hoping to fix this. Many years have since passed, but the POEMs keep coming, now delivered daily via e-mail and a companion podcast.

American Family Physician (AFP) was an early adopter. It introduced an evidence-grading rubric for its authors in 2004 that is still in use. The taxonomy gives precedence to patient-oriented outcomes (POOs) and drops DOOs to the very bottom of the pile (an apt metaphor). AFP describes DOOs as “intermediate, histopathologic, physiologic, or surrogate results (e.g., blood sugar, blood pressure, flow rate, coronary plaque thickness) that may or may not reflect improvement in patient outcomes.”

The nine Ds
Medical students are pretty concrete, so we’ve come up with a POO list (wink, wink) that spells things out. Students are also into mnemonics, so every POO starts with D. We present the list here “drumroll, please! “for the first time in print. Shoot us an e-mail if you can think of other items that we should add.

Back to you
Does that mean you should ignore bandemia? Nope. How about that metabolic acidosis or ugly-looking telemetry strip? Of course not. Disease-oriented data always matter, but they aren’t the only things that matter. As radiologists are wont to say in their dictations, “Clinical correlation is recommended.”

With that in mind, we suggest the following approach to direct patient care: very consciously keeping POO in the foreground during all discussions with patients and putting DOO on the backburner.

Take Ms. Jones, for example, who was admitted to your service with a hip fracture. Make sure she knows what’s wrong with her, that she’s unlikely to die from her illness and will probably regain full function. Assure her that you have medications to address her pain, and provide her with some support for her emotional distress. Tell her that the medications aren’t too expensive and that follow-up care after hospital discharge won’t disrupt her life. Thank her for picking your hospital and inform her what time you plan to round again tomorrow.

Later, after you exit her room, you can turn your attention to the DOOs. Perform due diligence, and put all of that stuff in your daily note. And if you’re feeling particularly mischievous, you could toss in, “All of the patient’s questions were answered” “a small but sly indication that you delivered care that really mattered.

David Frenz, MD, is a hospitalist for HealthEast Care System in St. Paul, Minn., and is board certified in both family and addiction medicine. You can learn more about him and his work at www.davidfrenz.com or via LinkedIn. Jim Beattie, MLIS, is a health sciences librarian at the University of Minnesota. He is assigned to the medical school, where he teaches evidence-based medicine and medical informatics. 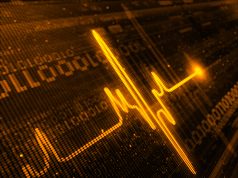 Predicting death and other bad things