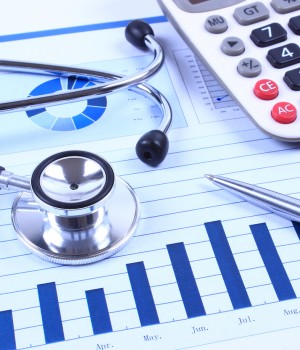 I recently completed a course for my MBA in “Marketing Health Services,” which I found to be very interesting.

To those not familiar with the history of health care marketing, here is a “nutshell” overview: The 1950s mark the beginning of the marketing era in the U.S. However, hospitals and physicians did not start adopting the marketing techniques pioneered by other industries until the late 1970s.

This turn to marketing resulted primarily from the pressure of competition created by changes in reimbursement. Until the mid-70s, reimbursement was “cost-based,” which meant that hospitals submitted their bills to payers who, for the most part, paid in full (something hard to imagine today).

When the cost-based model dissipated, reimbursement took a dive and continued to do so for decades, while competition continued to increase as well. By the 1990s, patients had become “consumers,” doctors had become “providers,” and any reservations that those in health care may have had about marketing themselves as if they were selling pots and pans evaporated or were at least put aside. Marketing became vital to the financial viability of both a health care network and an individual practice.

In the Philadelphia area, you only have to cross a bridge to see how fierce marketing has become among regional hospitals. The other day, while driving over the Walt Whitman Bridge from Philadelphia to New Jersey, I saw billboards for several hospitals and hospital networks based in the city and surrounding suburbs. One big academic center had the “We are Medicine” tagline, while Kelly Ripa extolled the virtues of the rival academic center on the other side of the Delaware River. Other ads–for large community based hospital systems–also sang their respective praises. Needless to say this is a far departure from anything George Washington might have imagined during his slightly more famous crossing of that river in 1776.

Most of the other ads vying for attention were for casinos: the Borgata, the Taj Mahal or one of Donald Trump’s other Atlantic City venues, with slogans like “Score at Trump’s Plaza.” It is no wonder that physicians were slow to embrace advertising. However, I believe most of us more than a few years removed from residency are well aware that our more noble profession is subject to many of the same laws of business.

And despite the recent economic downturn, health care is bucking the slump-in-advertising trend by actually spending more on marketing this year than in years past.

So, what does marketing have to do with starting up a hospitalist program? There is no question that we have to market to be successful, not on the scale that hospitals and health systems do, but on a more individual, personal level. To be sure, we may soon see the day when hospitalist programs, particularly those run in-house, are themselves used as a marketing tool to attract patients–and hospitalists may soon be staring at our own mugs on billboards along I-95. In the meantime, hospitalist marketing will be more small-scale, directly targeting referring physicians and patients.

Let’s start with the patients, whom I steadfastly resist calling “consumers”. Even at my first program, back in 2000, I have always employed some form of marketing. We began with a simple business card that included my name as well as those of the other doctors in the group.

The back of the card described what a hospitalist is and assured patients that their hospitalists would be on site 24/7. This simple card evolved and, in subsequent programs, became a laminated bookmark to give to patients. The bookmark had a color photo of the hospitalist on duty, a description of our group and a brief bio that explained the physician’s practice philosophy. That bookmark, I believe, served to “humanize” the physician, and made him or her more than an anonymous white coat.

This last incarnation was a decided success. Patients would collect bookmarks like baseball cards, and families were put at ease when they knew the name and face of the doctor charged with caring for their loved one.

Marketing to patients is a first step toward marketing to referring physicians; nothing solidifies your relationship with a primary doctor better than patients who go back to an office singing the praises of the care they received at the hospital. (Just make sure the discharge summary shows up as well!)

As an additional step, my organization is working on a brochure that I can give to primary doctors, which describes each individual hospitalist (we have 15). That way, referring doctors will not feel like their patients are being cared for by strangers. This is especially necessary now that many outpatient providers no longer step foot inside a hospital to meet us face to face. A complementary brochure for the patient waiting room is also in the works.

Taking good care of patients is always our biggest selling point. But I believe we all realize now that a successful hospitalist practice must make some effort to market its expertise.