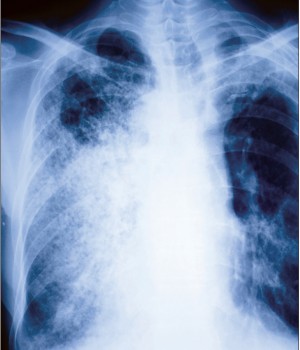 Published in the March 2011 issue of Today’s Hospitalist

As often as hospitalists treat community-acquired pneumonia, you’d think their expert knowledge would translate into superb care. Unfortunately, patients with pneumonia receive highly variable care, and pneumonia remains the seventh-leading cause of death in the U.S. Mortality risk stays high even after hospital discharge.

Speaking to hospitalists last fall at a hospital medicine conference sponsored by the University of California, San Francisco, Scott A. Flanders, MD, a national pneumonia expert and director of the hospitalist program at the University of Michigan, said that to reduce that variability, physicians should make better use of the evidence-based decision-support tools that are out there.

At the front of that pack, Dr. Flanders said, are several validated tools that can help predict whether a patient needs ICU care.

Should I admit this patient to the ICU?
That’s the first question that most hospitalists called to the ED to examine a pneumonia patient need to deal with. The problem, Dr. Flanders said, is that about 45% of patients who end up in the ICU for pneumonia are initially admitted to non-ICU settings and only later transferred.

Unfortunately, that delayed transfer comes with a threefold increase in mortality risk. “Getting placement right up-front is important,” Dr. Flanders said. “We need to be using some system to help us make that decision.”

In terms of predicting the need for ICU care, Dr. Flanders recommended the “minor criteria” listed in scoring systems, such as the American Thoracic Society/Infectious Diseases Society of America’s severity criteria issued in 2007, over the major ones. (See “Which pneumonia patients should be in the ICU?” on page 35.) The minor criteria have to do with tachypnea, oxygenation abnormalities, various lab abnormalities, hypothermia, and hypotension that requires aggressive fluids but is not severe enough to need pressors. Patients who meet three or more of the criteria likely need to be in the ICU.

Another useful scoring system is “Smart COP,” which does a good job predicting which patients need the types of treatments delivered in ICUs, like intensive respiratory or vasopressor services. Patients who score only two points on that algorithm are “highly unlikely to need ICU-like services.”

“I don’t care which scoring system you use, but most of us aren’t using any,” Dr. Flanders said. “We should be using something.”

What’s causing the pneumonia?
The next key question hospitalists need to ask concerns etiology so they know they’re choosing the right therapy. Once again, said Dr. Flanders, it helps to know the evidence and what experts recommend.

Until recently, the conventional wisdom held that between 30% and 40% of community-acquired pneumonias were caused by typical bacteria (with pneumococcus leading the pack), while another 20% to 25% were caused by atypical bacteria (the largest being mycoplasma), and the rest were caused by an unknown etiology. Many in the “unknown” group would end up being viral, with influenza, human metapneumovirus (hMPV) and respiratory syncytial virus (RSV) the leading culprits.

But then, said Dr. Flanders, H1N1 appeared. Although H1N1 in 2009 didn’t increase hospitalization or ICU rates over flus of the previous few years, it “did cause pneumonia more commonly than other types of flu strains, probably because it gets deeper into the lungs,” he said. Patients who had serious outcomes also tended to be youngerÂ¡Âª32, compared to 65.

According to Dr. FlandersÂ¡Âªwho saw a lot of patients hospitalized with H1N1 in 2009Â¡Âªpatients also tended to be obese and present initially as febrile, tachypnic and having bilateral patchy infiltrates. (CPK abnormalities, lymphopenia and hypotension were also common.) Death was associated with a number of different and common treatment strategies, from using pressors after fluids to intubation. Steroids provided no benefit.

For this flu season, said Dr. Flanders, the CDC recommends doubling the dose of oseltamivir (Tamiflu) for very sick patients to 150 mg p.o. BID for 10 days. (For patients not critically ill or in the ICU, the standard dose is 75 mg p.o. BID.) Zanamivir (Relenza) can be used at a dose of 10 mg BID for five days. (Earlier this year, the CDC announced that doctors should not prescribe rimantadine because of drug resistance being found among current influenza A strains.)

A relatively uncommonÂ¡Âªbut growing and worrisomeÂ¡Âª pneumonia etiology is community-associated MRSA, a multilobar disease. Because it is often positive for the Panton-Valentine leukocidin (PVL) toxin, which causes tissue necrosis, mortality rates can run as high as 40%.

Most experts recommend treating patients with community-associated MRSA with vancomycin or linezolid. “I don’t think the jury is in yet as to which is better,” Dr. Flanders said, but “we do know that daptomycin does not work, so you should not be using that.” Vancomycin troughs should be 15-20 mcg/mL, he added.

To recognize MRSA pneumonia, he said, keep its risk factors in mind: a past skin infection, particularly one with purulent abscess; IV drug use; and influenza, either concurrent with presenting symptoms or within the last couple of weeks. If a sick patient has one of these risk factors, Dr. Flanders said, “we should empirically treat.”

What tests should I order?
The next question is what tests to order, particularly to reduce the persistent problem of overprescribing antibiotics for respiratory viral infections. Dr. Flanders said he is most sanguine about the potential of a new test to measure serum procalcitonin levels.

An inflammatory biomarker that goes up with bacterial infections but not with viral infections, serum procalcitonin “tends to go up very quickly the sicker you are,” he pointed out. “Its rate of decline tends to predict outcomes.” An important study by Swiss researchers published in the Sept. 9, 2009, issue of the Journal of the American Medical Association found that patients with pneumonia whose treatment decisions were based on procalcitonin levels received fewer antibiotics and had no significant impact on critical outcomes. That research is now being repeated in the U.S.

Dr. Flanders is less optimistic about another new test. A much discussed study posted online on Sept. 27, 2010, by the Archives of Internal Medicine concluded that a pneumococcal urinary antigen test, when positive, “is a useful tool in the treatment of hospitalized adult patients with CAP because it may allow the clinician to optimize antimicrobial therapy with good clinical outcomes.”

But according to Dr. Flanders, that enthusiasm may be premature. Not only does he have concerns with how that study was done, but he also pointed to another study in which patients who had their treatment narrowed based on positive urine antigen test results had high relapse rates. “I don’t think that it’s ready for prime time,” he said, “until larger, well done studies show its benefit.”

What therapy to use?
When deciding which drugs to order, Dr. Flanders said that hospitalists should be up to date on current antibiotic guidelines. If not, they may face sanctions from payers as well as poor outcomes for patients.

For non-ICU patients with CAP, he said, guidelines advise using a beta-lactamÂ¡Âªceftriaxone, cefotaxime, ampicillian/sulbactam or ertapenemÂ¡Âªplus a macrolide, or a beta-lactam plus doxycycline or a respiratory fluoroquinolone. If you’re worried about pseudomonal risk factors in floor patients, there are other beta-lactams you can use, while staph drugs can be given to patients at risk for MRSA.

But if you use these drugs and don’t document accordingly, Dr. Flanders said, expect to be flaggedÂ¡Âªas his group was recently by his hospital’s quality improvement departmentÂ¡Âªfor not meeting antibiotic recommendations. Be sure to document that a patient has bronchiectasis, for instance, a major pseudomonal risk factor. Or “if you just document that ‘I am covering for pseudomonas,’ that’s good enough,” he said.

In terms of ICU patients, evidence supports using a beta-lactam plus a macrolide to improve ICU mortality and 60-day survival for patients with severe pneumonia on a ventilator or severe pneumonia with septic shock, instead of a beta-lactam plus a fluoroquinolone. That was the conclusion of a study in the April 2010 issue of Intensive Care Medicine.

A number of studies, plus a large meta-analysis, support treating CAP with antibiotics for no more than seven days. In addition, Dr. Flanders said, a shorter course delivers fewer side effects, “so there really is no justification for treating beyond seven days.” Before you stop antibiotics, however, patients should be afebrile for 48-72 hours, and should have only one pneumonia-associated instability.

How do I prevent CAP in at-risk patients?
Hospitalists need to think about how to prevent patients from getting CAP again. Unfortunately, said Dr. Flanders, contrary to popular wisdom, the pneumococcal vaccinationÂ¡Âªwhen evaluated in high quality, blinded studiesÂ¡Âª”has not been shown to have an effect on preventing death or recurrent pneumonia in patients hospitalized with pneumonia.” A meta-analysis of 22 trials published in the Jan. 6, 2009, Canadian Medical Association Journal concluded that pneumovax “does not appear to be effective in preventing pneumonia, even in populations for whom the vaccine is currently recommended.”

That means, said Dr. Flanders, that “we need other strategies.” At the top of that list is reducing the use of proton pump inhibitors. In the January 2010 issue of the American Journal of Medicine, for instance, Canadian researchers found that giving PPIs to 14 hospitalized patients resulted in one recurrentÂ¡Âªand entirely preventableÂ¡Âªpneumonia.

PPIs are also associated with other adverse effects, ranging from respiratory infections, an increased rate of hip fractures and higher rates of C. difficile. “You better be sure your patients need a PPI before you give them one,” Dr. Flanders said. His advice? Unbundle PPIs from order sets.

Antipsychotic medications also increase patients’ risk for developing pneumonia, according to a study in the April 6, 2010, Annals of Internal Medicine. Apparently, Dr. Flanders added, it doesn’t matter whether the antipsychotic used is typical or atypical, although there does seem to be some dose effect.

Which pneumonia patient should be in the ICU?

HERE ARE THE MINOR CRITERIA for determining which patients have severe community-acquired pneumonia: