EARLY AUGUST BROUGHT THIS SHOCKER of a headline: “TeamHealth to acquire IPC.” The Knoxville, Tenn.-based TeamHealth, which started as an ED outsourced staffing company before moving into hospital medicine, plans to buy giant IPC Healthcare in an all-cash transaction worth $1.6 billion.

If the deal goes through, the combined company will have about 15,000 providers across the country. It’s certainly not the only example of a big hospitalist company getting bigger. Last November, Sound Physicians acquired Cogent Healthcare, and the Louisiana-based Schumacher Group this summer bought Hospital Physician Partners. But TeamHealth’s proposed acquisition of IPC is by far the largest.

During a conference call with financial analysts, Mike Snow, TeamHealth’s president and CEO, listed many potential benefits of the deal, including the ability to combine ED and hospitalist programs in more hospitals. But he made it clear that it was IPC’s strategic growth in post-acute care “with a presence in 2,000 post-acute facilities across 28 states “that made the company an irreplicable asset in the marketplace.”

“What we built pretty much followed the line of what health care reform was going to demand.”

Being able to move patients through TeamHealth EDs and hospitalist programs into post-acute facilities staffed with TeamHealth providers allows the company to “pretty much walk into the C-suite,” said Mr. Snow, “and talk about a valid continuum management plan that can help that hospital manage its throughput, not just readmissions.”

As for why IPC diversified so aggressively many years ago into post-acute care, Adam Singer, MD, IPC’s found- er and CEO, says, “I’m not sure how much of that was foresight and how much was luck, but it worked out. It turns out that what we built pretty much followed the line of what health care reform was going to demand.”

Dr. Singer spoke to Today’s Hospitalist about how two companies with strikingly different practice cultures may come together.

From IPC’s point of view, what’s the advantage of being purchased?
First, let me give the fiduciary comment: My job is to enhance value for shareholders, and TeamHealth’s valuation was a very positive return.

But it is also very positive because as health care reform evolves, it’s clear the government intends to move economic risk from itself to providers. You’ll need to be a bigger entity to handle that risk to really manage the patients who are eating up resources. So a company that has the emergency room, the hospitalists and the ability to manage post-acute care and is large enough to take risk should be very successful in this new world. Under the bundled payment program, IPC and TeamHealth combined have close to $2 billion in Medicare expenditures, and that’s a lot of risk.

What will your role be?
I’ll probably be a consultant to the company in some capacity, but that exact role is not clear yet.

You’ve long advocated for a private practice model where doctors work Monday through Friday, don’t take subsidies and take call from home. TeamHealth is predominantly shift-based with block schedules. How do you plan to merge those two models?
I think we are going to keep different models and, together, each model can get better. For example, IPC can get much better at contracting, which TeamHealth has a lot of expertise in. In more than half the hospitals in which we have hospitalist programs, IPC has no contract. We’re just doctors on the medical staff seeing patients in that facility.

And the IPC practices may help TeamHealth improve the profitability of those shift-model programs. So when hospitals want to contract for a certain model, they have different options.

IPC has also been known for high productivity and high pay.
Let me disavow the idea that our doctors are hard-driven money-mongers. Our doctors on average see 16 or 17 patients a day. The difference “and the reason why our doctors make more money “is not productivity, but the number of days they work.

We see the same number of patients per day, but our doctors work 22 days a month, Monday through Friday, while shift-based doctors work only 16. Interestingly, IPC clinicians may actually work fewer total hours per week because they are not on fixed hourly shifts.

TeamHealth’s core model is seven-on/seven-off with a certain number of hours and a set salary, and some people thrive in that environment. But a lot of people are coming out of the shift model who just can’t handle the up-and-down life cycle anymore. Combining TeamHealth and IPC Healthcare will allow us to recruit for both models and give clinicians a choice.

How much of a market overlap is there between your two companies?
Less than 20%, so that’s another big advantage. The IPC model has been much more urban. When we started, we began putting doctors on the medical staffs throughout an entire city in five or six hospitals. By having multiple practices in one market, we could then afford management infrastructure.

Another signature IPC practice has been building a post-acute presence in the same markets as hospitalist programs. What results have you achieved?
The first thing we noticed was a 50% drop in readmission rates from the post-acute facilities. The old rule was that a doctor in a SNF or nursing home wouldn’t see patients for a week, so any problem would land patients back in the ED. In our model, doctors see patients two or three times in their first week post-discharge, so many more medical problems can be managed in the nursing home.

We’ve also seen improved handoffs between IPC acute and post-acute providers, and that’s helped tremendously in terms of clinical outcomes. What we’re working on now is length of stay in nursing homes. It’s tragic, but patients in many nursing homes stay until their benefit runs out, when they probably could be discharged much sooner.

May a lot of SNFs close under new payment mechanisms?
I think we’ll see some closure of skilled beds. But where I see a real contraction is in the number of patients going to LTACs and rehab hospitals.

Under value-based purchasing, people will think very carefully about sending patients to LTACs or rehab hospitals because they’re extremely expensive, and there is little evidence to show that their outcomes are dramatically different than in skilled nursing facilities.

Some facilities will convert to custodial-only care, and I believe we will see increased pressure to send patients who need PT, OT or speech therapy to a quality nursing home rather than to higher-cost facilities. As such, I think volumes will shift and that’s how you’ll make money under bundled fees. The combination of TeamHealth and IPC makes for a company very well situated to succeed in this new environment. 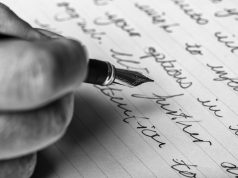