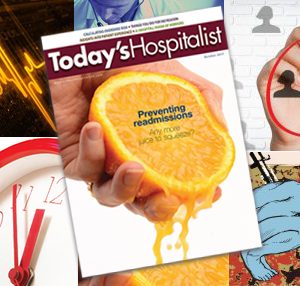 As we inch closer to the end of 2017, we’ve taken a look at the articles that best represent the year in publishing Today’s Hospitalist. To gauge the impact of those articles, we looked at the attention readers gave to articles on our Web site, social media outlets, letters to the editor, and the favorites of Today’s Hospitalist staff.

Here are our picks for the Today’s Hospitalist articles of 2017. 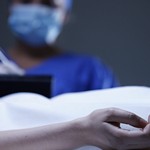 Our top pick—”A dumb way to die” (October)—discussed how to use a bedside calculator to predict patients’ opioid-overdose risk. That calculator takes many more variables into account that just morphine milligram equivalents. “So what can you do?” the author asked. “Educate. Run your patients’ numbers and give them blunt, directive feedback.”

2. HEALTH CARE WASTE. Readers clearly responded to articles that underscored unnecessary labs and treatments. “How to deliver more cost-conscious care” (November), for example, described one hospital’s culture of quality improvement, with residents tackling unneeded CBC orders, repeat TTEs and telemetry use. “Are you over-testing troponins?” (September) discussed how over-testing can lead to over-treatment and even unnecessary procedures, while “Are you writing too many NPO orders?” (August) parsed out the consequences of that overuse. 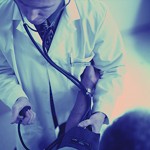 But the “less-is-better” article that generated the most traffic was “No evidence, so just stop!” (October), this year’s write-up of the “Things we do for no reason” session at the Society of Hospital Medicine’s annual meeting. Presenter Anthony C. Breu, MD, debunked treating hypertensive urgency (and made the case for dropping the term altogether) and ordering blood cultures for inpatients already on antibiotics.

3. MALPRACTICE. This year’s top pick is a two-part series written by a hospitalist who also serves as an expert witness. “The risks of being popular” (April) delved into the legal consequences of hospitalists taking on so many services within their hospitals. 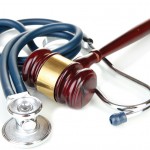 “Honest mistakes that can get you sued” (May) looked at red flags to pick up on and unfounded assumptions to avoid.

4. TECHNOLOGY. Hospitalists have long been early adopters of technology in the hospital, and articles this year looked at both the challenges of and benefits from that use. 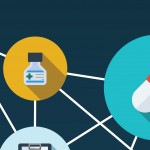 Our top pick: “Apps at the bedside” (August) lists apps that “could make hospitalists’ work lives much easier,” including ones for patient education and medical and drug references.

5. COMMENTARIES. Today’s Hospitalist has for years had the great good fortune to publish commentaries from phenomenally talented physician-writers.

This year was no exception. “What is the measure of a hospitalist?“, published online in May, looked at critical roles that hospitalists play in advancing evidence-based medicine and patient advocacy. “Geography vs. continuity” (March) detailed one program’s decision to unwind geographic rounding, while “The case for immigration reform” (May) described the tortuous path many physicians must take to become U.S. citizens. And “F%@* cancer: tattoos and personal connection” (June) was one hospitalist’s account of a missed opportunity to step outside a purely clinical role. 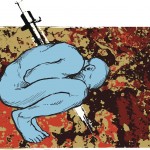 But this year’s top pick goes to “Hospital medicine in the nation’s heroin capital” (September), a piece that actually first appeared earlier in the year on KevinMD. The hospitalist author details what it’s like to practice in a community overwhelmed by opioid-dependent patients. “When we measure the number of deaths here,” she wrote, “we talk about how many there are per day, not per week or month.”

6. PROGRESS NOTES. This year, we’ve enjoyed several cartoon “commentaries” designed by a hospitalist-author and his graphic-designer colleague. “If airports were like hospitals … ” (May), for instance, is an hilarious spin on the constant analogies drawn between health care and aviation, while December’s “How do YOU plan to spend your holiday?” gives a nod to all those working through the last week of the year. 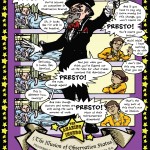 The top Progress Note pick this year: “The illusion of observation status” (April), a comic take on one of hospital medicine’s most frustrating topics.

7. BILLING AND CODING. Here’s a subject that always garners interest: how to bill and code for services. Among this year’s offerings, “Billing two visits a day for one patient? Not so fast” (March) covered that topic and a range of other questions. “The ins and out of billing observation” (September) tackled that complicated subject. 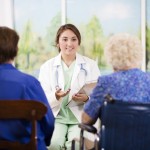 8. BURNOUT. Burnout is a perennial topic with increasing personal and professional importance. This year, “Bend, don’t break” (June) and “Know yourself” (July), both by the same author, delved into personality traits that can either foster resilience or make doctors more prone to burnout. “Drinking (your coffee) alone? How to boost collegiality in hospitals” (December) discussed fraying relationships within the medical community and how to repair those. 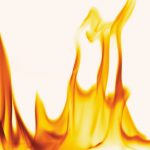 But the top pick: our November cover story, “Burning out?” According to the 2017 Today’s Hospitalist Compensation & Career Survey, which that cover story reported on, more than 40% of hospitalists have personal experience with burnout, while the majority seeing burnout as a key challenge for hospital medicine over the next five years.

9. CLINICAL MEDICINE. Many articles this year, as usual, dealt with clinical medicine. “Periop snafus: What went wrong?” (July), for instance, looked at the errors in communication and diagnosis that can derail perioperative medicine. 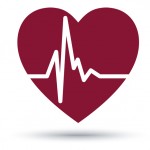 And in this year’s top pick—”Four ACS pearls” (February)—a cardiologist spelled out the biggest mistakes he sees in the diagnosis and management of acute coronary syndrome.

10. PRACTICE MANAGEMENT: Technically, most of this year’s most popular articles—based on page views and click-throughs—are in this category, so we have several honorable mentions. Web traffic for our August cover story, “Are you struggling with early discharges?,” would seem to indicate that yes, many readers are struggling with the issue. “Should you be holding bedside rounds?“, our April cover story, generated a lot of interest, as did October’s “Preventing readmissions.”

And while “The white coats vs. the blue suits” (July) didn’t technically get into nitty-gritty practice details, it did look at big-picture issues of practice autonomy and how medicine intersects with business. 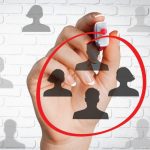 Still, the top pick goes to an unfailingly controversial topic: “Building your team with NPs/PAs” (September). The article described various roles that NPs/PAs fill in several groups. Meanwhile, readers’ comments ranged from how much happier doctors are when they build successful teams with NPs/PAs to how much some physicians object to the idea of NPs/PAs working independently.

That’s it for 2017. Feel free to visit our Web site often and subscribe for free to Today’s Hospitalist in print to see what’s hot in 2018.

Great job on covering relevant topics. It helps join us together as a speciality when we realize we have the same issues across the nation and share wisdom on how to overcome them.