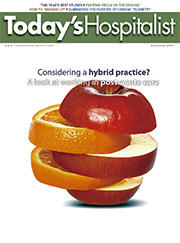 FEATURE: The year in review

UNCLOGGING THE HOSPITAL: “Managing up” to improve patient flow

NEWS: Fighting Ebola on the ground

POLL A look at patient types

FROM THE EDITOR: Giving post-acute care a new look 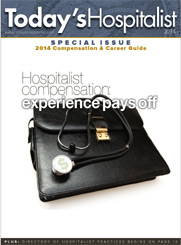 FEATURE: Demographics: A look at hospitalists in 2014 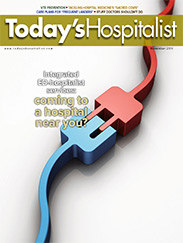 COVER STORY: Integrated ED-hospitalist services: coming to a hospital near you?

UNCLOGGING THE HOSPITAL: Getting rid of what doesn’t work

COMMENTARY: Giving HCAHPS its due

FROM THE EDITOR: A new management model? 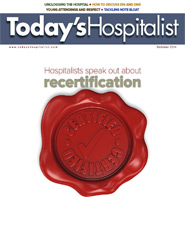 UNCLOGGING THE HOSPITAL: Are you fixing patient flow problems, or causing them

WHAT WORKS: Drowning in note bloat

COMMENTARY: “Now that you’re an attending, are you respected as one?”

MARKETPLACE: Not your parents’ lab coat

POLL: A look at hospitalists in ICUs

FROM THE EDITOR: More angst than anger 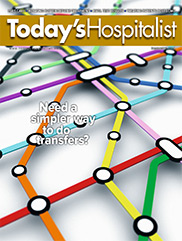 COVER STORY: Need a simpler way to do transfers?

FEATURE: Caring for the LGBT community

ON THE WARDS: Never seen?

CODING: Not too long, not too short, just right

PROFILE: Medical writing you don’t need to be sick to read

MARKETPLACE: Toward better transitions of care

POLL: A look at hospitalist schedules

FROM THE EDITOR: Rethinking the need for speed 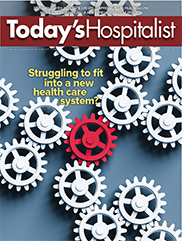 FEATURE: Are you giving HCAP patients too many antibiotics?

WHAT WORKS: Shutting down orders for duplicate tests

POLL: How big is your bonus?

FROM THE EDITOR: Learning how to get along 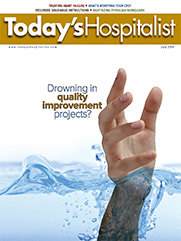 FEATURE: What keeps your CFO awake at night?

CODING: DOO, POO and you

POLL: A look at hospitalist shifts

FROM THE EDITOR: Getting smarter about saying “no” 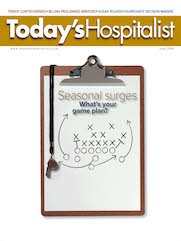 CODING: The right way(s) to bill for prolonged care

POLL: What are hospitalists doing at discharge?

FROM THE EDITOR: Flexing up for patient surges 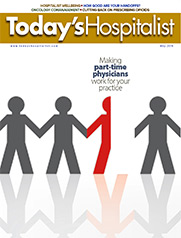 FEATURE: The search for hospitalist wellbeing

Q&A: Time to rein in opiates in the hospital?

WHAT WORKS: How good are your handoffs? Ask your colleagues

POLL: A look at patient encounters per shift

FROM THE EDITOR: Delaying ICD-10: good or bad news? 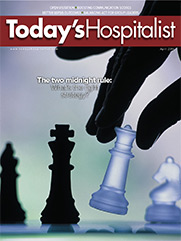 FROM THE EDITOR: Happy patients? 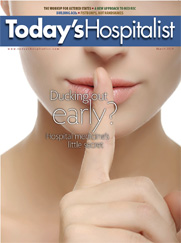 FEATURE: Building ACOs from the ground up

ANALYSIS: Getting outpatient physicians to step up

MARKETPLACE: It’s all about the signout

POLL: A look at mobile devices in the hospital

FROM THE EDITOR: Putting in the hours? 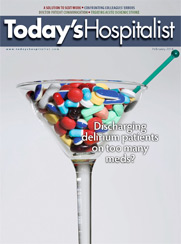 COVER STORY: Discharging delirium patients on too many medications?

ANALYSIS: How to deal with colleagues’ errors

ON THE WARDS: EMTALA: It’s not just about the ED

WHAT WORKS: Scribes: the solution for too much paperwork

POLL: How satisfied are hospitalists with their careers?

FROM THE EDITOR: The next frontier in preventing readmissions? 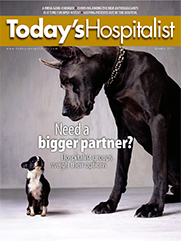 FEATURE: Is it time to open up your notes?

ANALYSIS: A game-changer in MRSA prevention

Q&A: What should you do for AMA patients?

ON THE WARDS: Interrupted much?

WHAT WORKS: Keeping patients out of the hospital

POLL: What do hospitalists think about Obamacare?

FROM THE EDITOR: Time to think big?