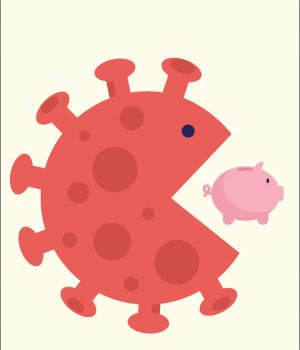 TWO HARVARD ECONOMISTS last month put a price tag on what the pandemic may cost the U.S.: $16 trillion. That translates to about $200,000 per every American family of four.

Publishing in JAMA, the authors write that the pandemic is “the greatest threat to prosperity and well-being the US has encountered since the Great Depression.” Their projected total costs include $7.6 trillion in lost work output during the next 10 years.

And based on current mortality figures, the authors note that an additional 250,000 Americans may die from the virus within the next year, estimating the value of expected premature deaths due to the virus will be $4.4 trillion. That’s in addition to the costs related to long-term complications for many survivors and to the mental health burden of those not directly infected.

The authors also point to the potential social and economic value of policies to reduce virus spread. An investment in testing and contact tracing would produce, they write, “economic benefits that are at least 30 times greater than the estimated costs.”

Why the hate for DOs? 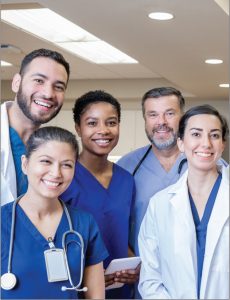 THE HIGH PROFILE given Sean Conley, DO, the president’s physician, in the wake of the president’s covid diagnosis, had this unintended and ill-informed consequence: It produced a lot of disparaging remarks about doctors who train in osteopathic medicine.

Apparently, many members of the media and the public mistakenly assume that DOs aren’t fully qualified, licensed physicians. In response, the American Osteopathic Association pushed back, targeting media figures and social media as well as connecting reporters to prominent DOs. The association also urged its members to advocate for osteopathic practitioners and to disseminate more accurate information about them.

In a commentary published last month by KevinMD, two prominent hospitalists—both DOs—likewise rallied support for their osteopathic colleagues. “(W)hen someone challenges the validity of a legitimate medical degree,” wrote Joshua Lenchus, DO, and Bradley Flansbaum, DO, MPH, “the entire house of medicine is under attack.”

Published in the October/November 2020 issue of Today’s Hospitalist

I attended both an osteopathic medical school and allopathic school. While there are some differences, they are trivial in terms of training, and don’t relate to how qualified a physician is. I have worked with countless outstanding DOs and, conversely, plenty of lesser qualified MDs. After residency, it just doesn’t matter outside of some arguably stuffy (and perhaps outdated) academic environments. It should not matter at all.